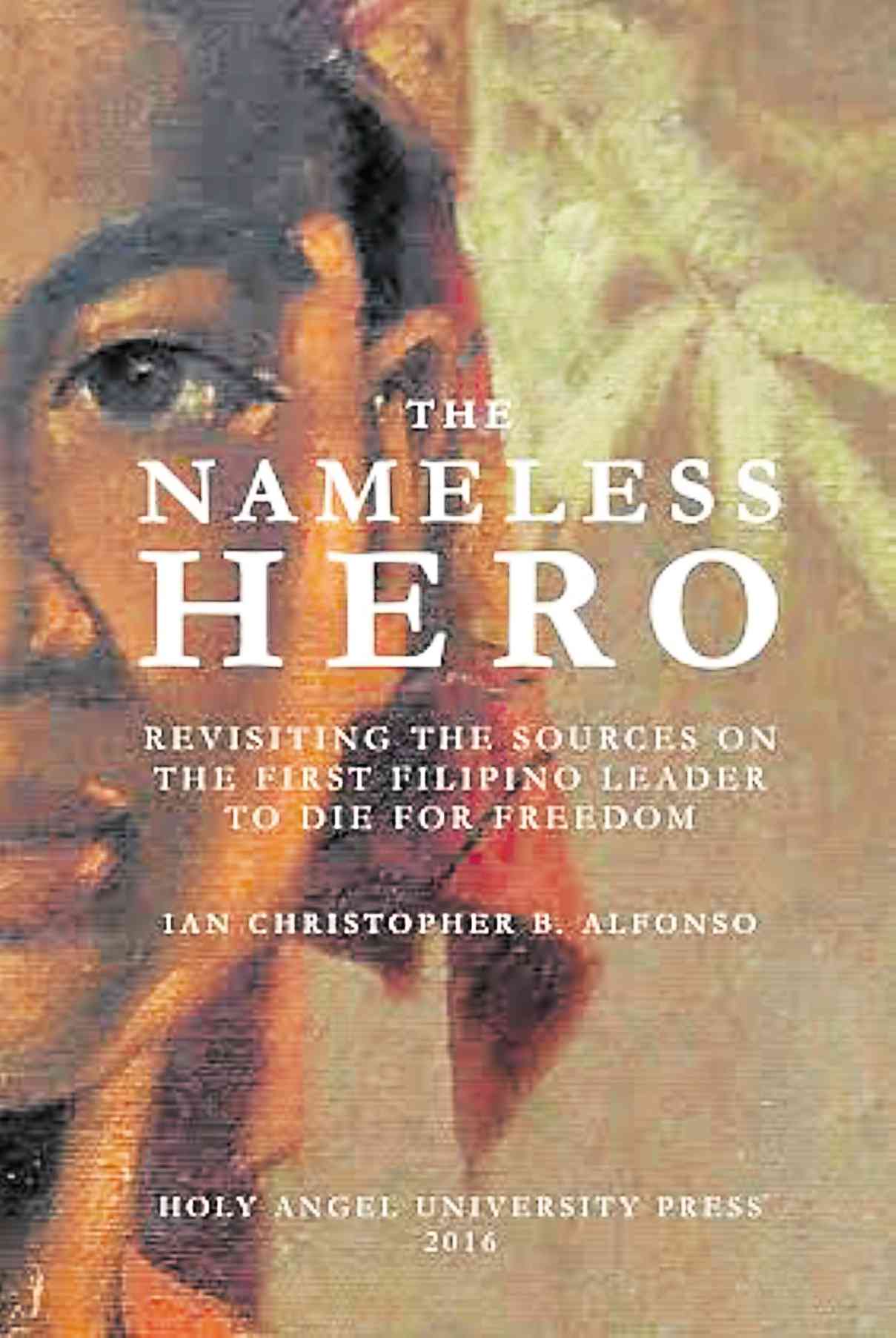 FOR THE first time in Philippine history, the state has officially recognized a nameless hero for leading the Battle of Bangkusay in Tondo, debunking the common belief that it was Rajah Soliman (also Raha Sulayman) who headed over 2,000 Moro troops from Macabebe, Hagonoy and other Pampanga towns against the forces of Governor-General Miguel Lopez de Legazpi in 1571.

Days before this year’s Independence Day celebrations, the National Historical Commission of the Philippines unveiled a historical marker at the hero’s hometown of Macabebe, honoring him for his bravery.

The story of the nameless hero is detailed in “The Nameless Hero: Revisiting the Sources on the First Filipino Leader to Die for Freedom,” a book by Ian Christopher B. Alfonso launched by the Center for Kapampangan Studies (CKS) of the Holy Angel University during the unveiling of the marker.

This work is aptly described by CKS director Robert Tantingco in the introduction as “the first comprehensive scholarly work on the subject, examining all available primary documents and tracing the history of the identity switch.”

For over a century, history books often mention the name of Rajah Soliman, the crown prince of Manila at that time, as the one who led and subsequently died in the battle, notes Alfonso.

But Alfonso said he found out in his six-year research that it was a nameless young Moro hero, erroneously named as Tarik Soliman, Bankau and Bambalito, among others, who was the real leader of the Battle of Bangkusay.

Alfonso explained this young leader, a teenager, headed a fleet of 40 caracoa of Moro warriors which sailed to Tondo and died there together with 300 of his men.

Alfonso said he plowed through historical documents in the Seville archives, which are now online.

Examining various sources in detail, the author put to end the decades-old discussion on who really was the hero of Bangkusay in 1571.

But Alfonso did not discount that Soliman could have played a role in the defense of Manila in 1570 and the Tagalog uprising of 1574.

Alfonso also alluded to the fact that further research could possibly reveal the hero’s real name.

It is not known how Philippine history books recognized Soliman as the hero of Bangkusay. But they seemed to be merely repeating and passing on what now appears an urban legend or, at least, an unconfirmed information.

The first book to have mentioned that Soliman was the hero of Bangkusay appears to be David Barrow’s “History of the Philippines” in 1905.