From dislike to devotion: How Topper Fabregas conquered yoga, cardio and the stage | Lifestyle.INQ ❮ ❯ 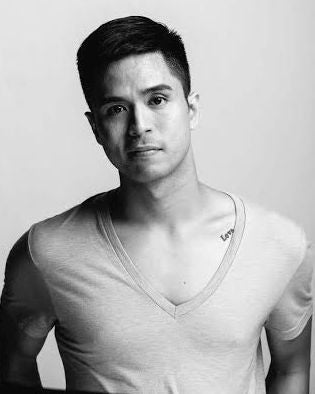 From dislike to devotion: How Topper Fabregas conquered yoga, cardio and the stage

He never liked performing as a child. “It was like pulling teeth to get me to sing at family gatherings!” he says.

He wanted to become a writer and would join journalism contests. One summer, two of his friends joined an acting workshop by Triumphant Peoples Evangelistic Theatre Society (Trumpets), and he gave it a go as well. Trumpets was holding auditions at the time for its musical “The Lion, The Witch and The Wardrobe.”

“My friends dared me to audition. I got a callback on my pager. I didn’t even know what a callback meant,” he says, laughing. His acting career began when he originated the role of Peter Pevensie.

“I worked nonstop from when I was 19 until I was about 25,” he says. There weren’t as many theater groups and acting opportunities back then, so he decided to pack up for New York to study acting at Circle in the Square Theatre School.

He’d begun to establish roots in the United States, even getting his Equity card (the American union for actors). But when he returned to Manila for a visit in the early 2010s, he discovered that “the theater landscape had changed considerably.”

“I realized this is where I was supposed to be, that I could contribute to some bigger picture and I was part of some shift,” he says.

While taking on numerous acting assignments for Repertory Philippines and other companies (most recently, “Godspell” for MusicArtes and “The Normal Heart” for The Necessary Theatre), he cofounded Red Turnip Theater, where he’s been able to transition to directing.

He directed “This Is Our Youth” last year and is now helming the company’s 2016-17 season-opener “Tribes.” Written by Nina Raine, it’s about a deaf man raised by his family to lip-read instead of using sign language to communicate. He then meets a woman who teaches him how to do sign language.

“Someone recommended it to us, and we all fell in love with the material. It felt like something up my alley, with its family setup, its comedy scenes. There’s a running joke in Red Turnip that I get to direct all the plays that happen indoors with a lot of props.”

As further validation of the healthier theater industry he’d come home to, Fabregas had to recruit actors as early as February.

“We have to cast people early since there are so many productions now. You have to get them before anyone else does. I started begging one of them as early as last year.”

Kalil Almonte plays the main protagonist, Dolly de Leon and Teroy Guzman take on the parents, Cris Pasturan and Thea Yrastorza are the siblings, and Angela Padilla is the girlfriend.

Fabregas has been consulting with John Baliza, a math professor to deaf students.

“Like the title of the play suggests, there is a sense of being in a tribe, of having values and language passed down from one generation to the next within that community.”

For this staging, he’s decided to let the cast use FSL as a way to reach out to deaf Filipinos. Some shows will specifically be tailored to deaf audiences by having supertitles projected throughout.

“My cast asked me, ‘Are we a Filipino family in London?’ and my direction has been to stick to what the playwright intended but to craft the story through our Filipino filters. Let’s read the words, and we’ll let audiences receive it as they will.”

From hate to love

“I’d always wanted to be a director, I just didn’t think it would happen this soon,” he says.

Fabregas’ past experiences have fortified him for exploring new ones. Back in New York, he’d always been scared of yoga. “I was running a lot and had a lot of physical work in school. My knees started to go. Someone recommended yoga, and I was hooked. It’s a total body-and-mind workout, it calmed me down, centered me a lot, and made me in touch with my body.”

So much so that he became a certified instructor. “It bled into how I would perform. Now it’s my warm-up for any show that I do. As an actor, my body is my instrument, and yoga opens up the heart space.”

These days, he has an addition to his regimen: leading cycling classes at Saddle Row— something he also thought he’d never do.

“I don’t like cardio, I hate the gym. Toff de Venecia, who is friends with the owners, asked me to try it out because they needed instructors with personality. Before I knew it, I was teaching.”

Last year’s “This Is Our Youth” was staged in an art gallery, marking the company’s foray into performance spaces outside of Whitespace events warehouse.

“Tribes” will be staged at Power Mac Center Spotlight Theater. “We’re feeling out this venue and will see how it goes,” says Fabregas.

“When we founded the company, we came up with a five-year plan. Our intention was always to move around and pop up around the city. We stayed put at Whitespace the first few years just to help establish awareness for the company, but now we’ve started exploring.”

Instead of being encouraged to try yet another new idea, there is one that Fabregas himself brought to the table: the company’s “.5” series of smaller productions.

“It’s the company’s way of staging a show that doesn’t have to quite fit in the larger theme of the season. I’m so happy and excited that people have recognized it,” he says.

“This Is Our Youth” was the maiden “.5” production, and this year’s installment will be revealed later on in the season. “Para may surprise,” he says.