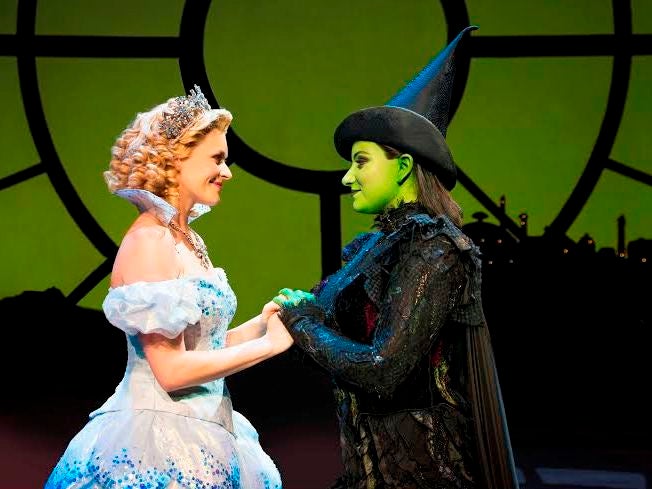 ‘Wicked’ back in Manila Feb. 2017, discounted Visa presale tickets out by July 25

“Wicked,” the Broadway and West End musical phenomenon, will be back in Manila beginning Feb. 2, 2017.

The original production, coming direct from a multirecord-breaking tour of the United Kingdom and Ireland, flies into The Theatre at Solaire for a special limited engagement as part of a major international tour.

Visa Credit, Debit and Prepaid cardholders can purchase tickets ahead with a 10-percent discount at the Visa Entertainment Presale from July 25 to Aug. 25. Tickets are available at ticketworld.com.ph and all TicketWorld outlets.

Acclaimed as “one of the greatest musicals of our time” (Daily Mail, United Kingdom), “Wicked” is one of the world’s most celebrated, spectacular and successful stage musicals. It first premiered in Manila at the Cultural Center of the Philippines in 2014, opening to rave reviews. The show had a successful seven-week run, attracting sellout audiences.

The “gravity-defying hit” (Time Out London) and “Broadway’s biggest blockbuster” (The New York Times) has already enchanted 50 million theatergoers of all ages across the world, and won over 100 awards, including three Tony Awards on Broadway, two Olivier Awards in London, six Helpmann Awards in Australia and a Grammy Award.

Set in a spectacular and colorful fantasy world of wizards, witches, magic and spells, “Wicked” tells the story of an unlikely but profound friendship between a popular blonde girl called Glinda and a misunderstood, green-skinned girl named Elphaba. Its musical score features the hit songs “Defying Gravity,” “Popular” and “For Good,” among a host of memorable numbers.

“Wicked” has music and lyrics by multi-Grammy and Academy-Award winner Stephen Schwartz (“Godspell,” Disney’s “Pocahontas” and “The Hunchback of Notre Dame”), and is based on the novel “Wicked: The Life and Times of the Wicked Witch of the West” by Gregory Maguire and adapted for the stage by Winnie Holzman.