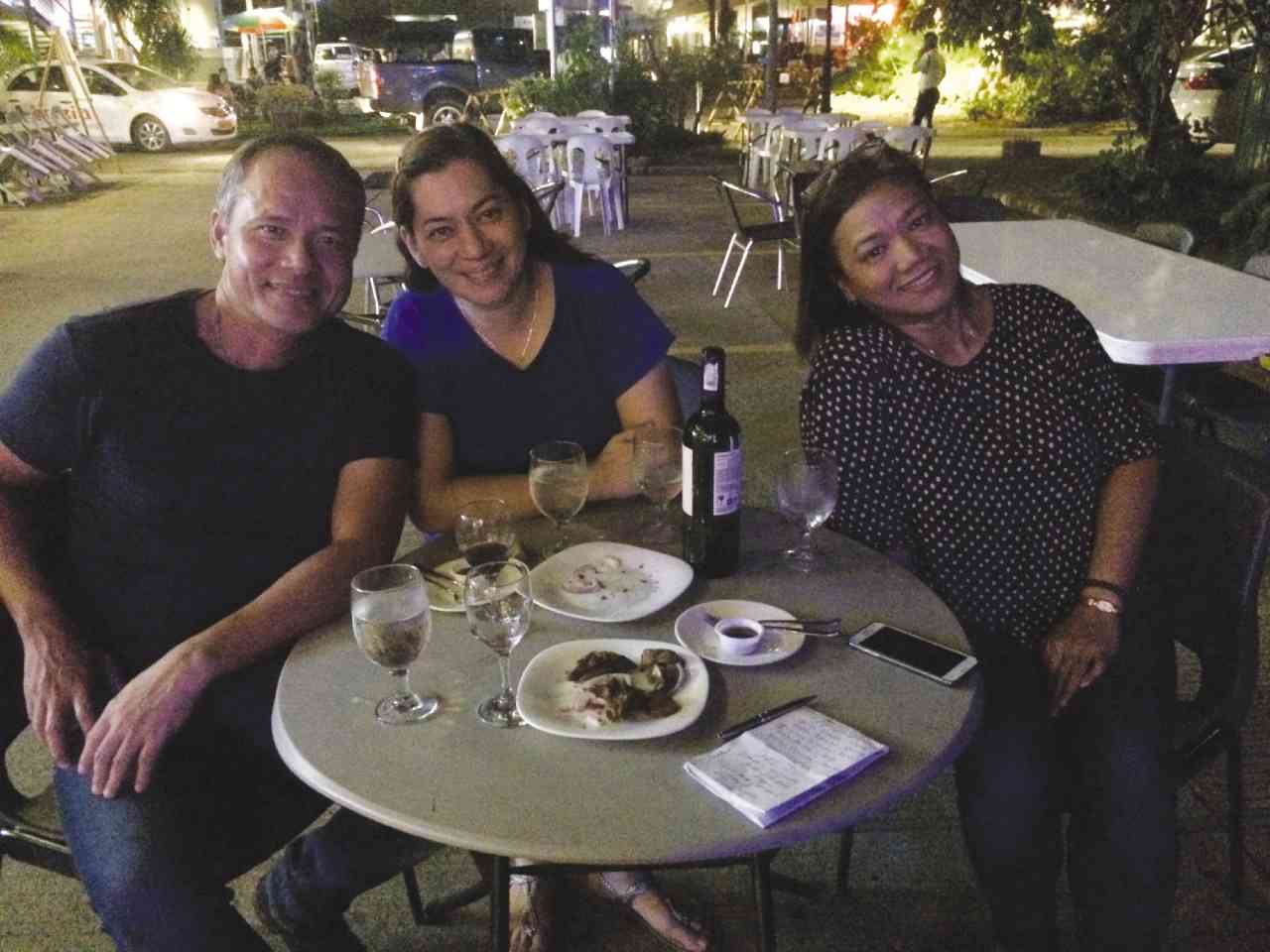 DAVAO City—It’s 8 p.m. on a weekend and the crowd at Matina Town Square (MTS) appears comfortably settled with their beers and pica-pica while watching the night’s featured bands.

MTS—one of the most popuular nightlife destinations in this city—is an arcade lined with restaurants, coffee shops and two live-music venues: Taboan (Visayan word for “marketplace”) and Kanto.

Taboan resembles a covered beer garden—facing the stage are rows and rows of tables and chairs at the center, with various food and drink stalls lining both sides. It has a captive youthful market, the type that orders beer by the buckets and listens to rock ‘n’ roll—tonight’s band, Tarok, plays a rollicking cover of Kamikazee’s “Martyr Nyebera.”

A few steps away is Kanto, a semi-open-air jazz bar which has a second level for more intimate company. A band called ’Round Midnight showcases a trumpet player whose note-for-note version of Chuck Mangione’s “Feels So Good” is conducive to drinking wine.

Zafra recalls that when MTS opened in 2001, the place served alcohol till 5 a.m. In 2007 it started observing the city ordinance enforcing a liquor ban at 2 a.m.

“At first galit kami,” she admits, because sales of alcohol at MTS dropped.

But after six months, she recounts, things were back to normal, as people went out to drink at an earlier time but spent the same amount: “Ang tao, kung may P500, darating ’yan 9 p.m. nung wala pang liquor ban. Ngayon, 7 or 8 p.m. nandito na. P500 pa rin ang gagastusin niya.”

Duterte used to go around bars to check if the liquor ban was being followed, Zafra says.

The greatest things that happened to Davao City’s nightlife, Zafra stresses, are the liquor ban, which also prohibits serving alcohol to minors (below age 18), and the smoking ban. It’s something that she appreciates a lot, because in 2002 she suffered from a lung ailment due to second-hand smoke.

The liquor ban has also been beneficial healthwise—the staff of nightclubs and bars could go home earlier.