How to keep kids from getting allergic rhinitis: Don’t shelter them too much | Inquirer Lifestyle 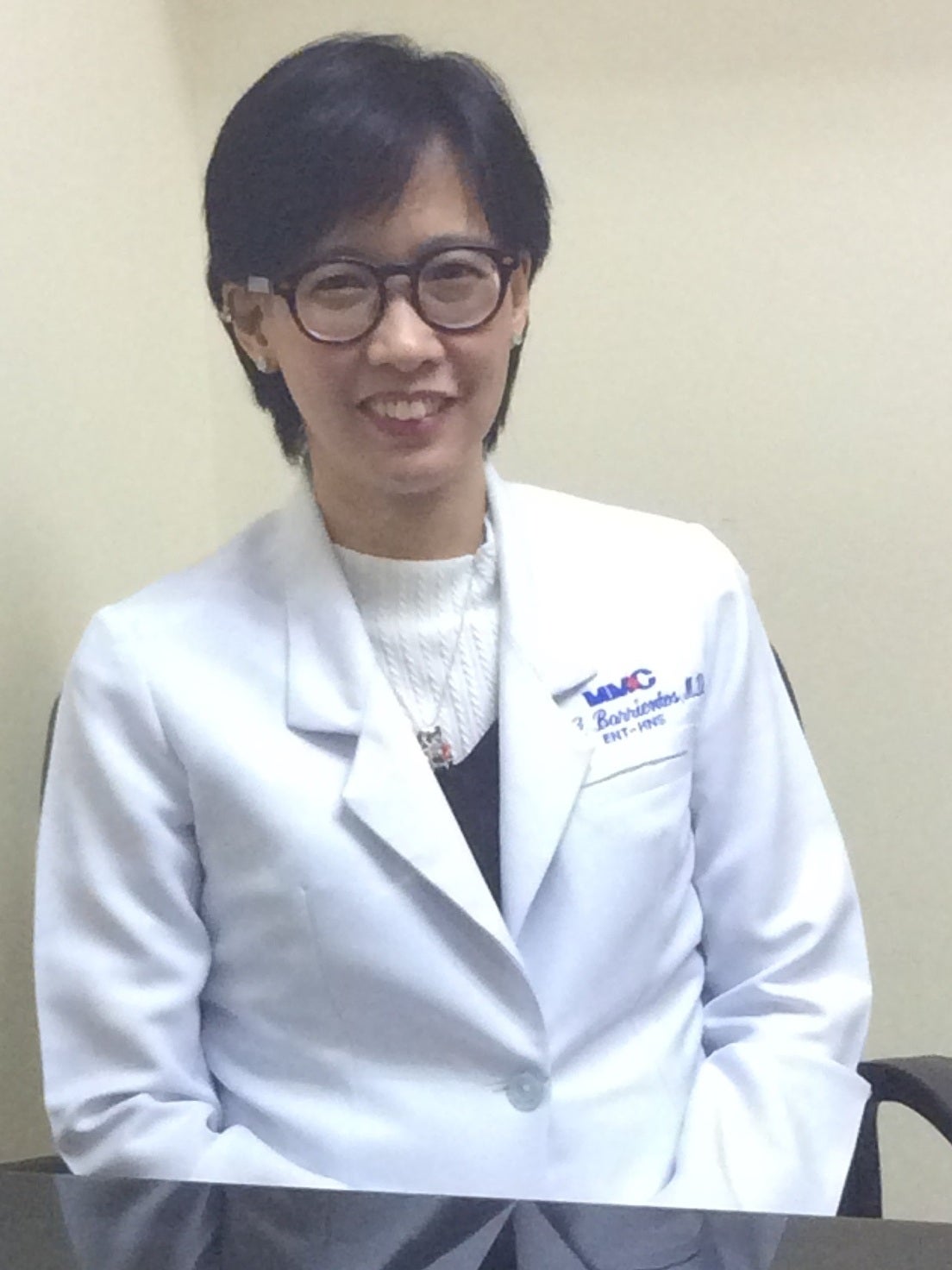 DR. CLYDINE M.A. Guevara-Barrientos: “Take medication prior to the onset of symptoms to avoid going from mild to severe.”

How to keep kids from getting allergic rhinitis: Don’t shelter them too much

Allergic rhinitis—often associated with symptoms such as sneezing, stuffy nose, clogged airways, runny nose and watery eyes—affects two out of 10 Filipinos, according to data collected by National Nutrition and Health Survey in 2008.

Allergic rhinitis is an Immunoglobulin E (IgE) mediated illness. IgE is a kind of antibody that plays an essential role in hypersensitivity that manifests in various allergic diseases, including allergic rhinitis.

And 20-30 percent of the time, it is genetic, said Dr. Clydine M.A. Guevara-Barrientos, ENT head and neck surgeon at Makati Medical Center.

If the nose airway reacts to food, such as pineapples, mangoes or spicy food, that’s called gustatory rhinitis. It’s basically a person’s parasympathetic system that gets irritated, Barrientos said.

Allergic rhinitis can also be aggravated by other factors such as fumes, perfumes, cologne, smoke and pollution.

The rise is also partly because families today shelter their children a little too excessively.

“When we were born, our immune system had to learn what is good for the body and what is not,” Barrientos said. “It needs to be able to identify them at a young age. When a child is too sheltered, with air-conditioned rooms, hand sanitizers, alcohol, the immune system will not learn to identify which ones in our natural environment are okay or not.”

She added: “So that’s why it treats every foreign object as an enemy. Now you have an immune system that overreacts, for example, to pollen or mold or dust, which is a natural part of our world.”

There is no cure for allergic rhinitis, but one can certainly avoid the allergens that trigger it, she pointed out.

If, for instance, pet dander cannot be avoided, Barrientos said the house must be kept clean at all times. Clean the pet as often as possible, use a damp mop to clean the floor so that it absorbs the allergens, and vacuum the house frequently.

Another big mistake people with allergic rhinitis make is breathing through the mouth when it encounters an allergen.

The nose, said Barrientos, has a natural filter. So whether it is already runny or clogged, it will continue to filter out the allergens.

Breathing through the mouth invites more allergens to enter the lungs.

Medication, she said, must also be taken before the symptoms set in. That will determine if you’ll experience a mild or severe form of allergic reaction.

“People with allergic rhinitis often know the triggers; they can feel them right away,” she noted. “Take medication as soon as you feel something is clogging your nose, or if you have watery eyes. That will arrest the symptoms before they turn into a persistent condition.”

Contrary to popular belief, one cannot become immune to allergic rhinitis medications. Patients, she said, will be advised to switch brands if one doesn’t work anymore but that doesn’t mean they’ve become immune to the drug.

Another problem she noticed among Filipino patients is that majority seek professional help only when the condition is already severe. Education is important, she stressed. Consult with a physician while the symptoms are still in its early stages.

Allergic rhinitis has been classified by the World Health Organization as the fourth most important chronic disease in the world. It can affect the quality of life, including performance at work or in school.