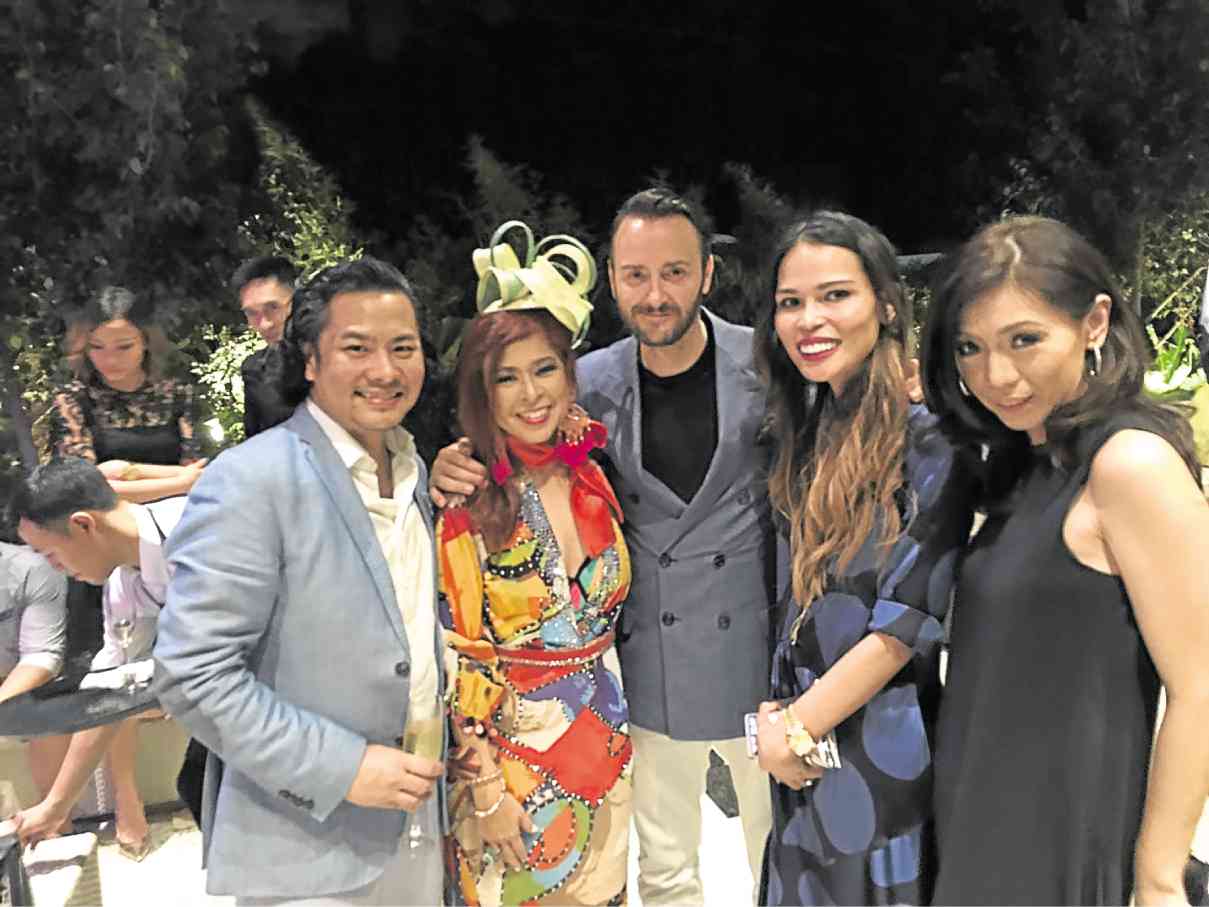 From Cebu to Manila, a rocking food scene

FOOD makes the world go round. And in the gastronomic world, celebrated and Michelin-star chefs are the top players in the “cooking” food chain.

After working alongside great chefs including Pierre Koffmann, Marco Pierre White, Nico Ladenis and Ferran Adria at El Bulli, British chef Jason Atherton joined the Gordon Ramsey Group in 2001. Then, after launching Maze in London and overseeing the opening of five more Maze restaurants, Jason left to launch his own restaurant group, The Social Company.

Many Michelin stars later, chef Jason and his Cebuana wife Irha opened their first restaurant in the Philippines, The Pig & Palm. Located in Cebu City in MSY Tower, Cebu Business Park, the 57-seater restaurant offers a modern Spanish tapas menu with a focus on pork dishes.

Not wanting to miss the chance to meet a culinary rock star, I gladly accepted the invitation of gracious Mariquita Yeung to fly to Cebu for the opening. Together with travel buddies Mons Romulo, Anton San Diego and Pepper Teehankee, we experienced the incredible cooking mastery of chef Jason.

The Pig & Palm is the 16th restaurant of The Social Company, which has branches from London to New York, Shanghai to Sydney, Hong Kong to Dubai, and now, Cebu.

Local partners Chris and Carla McKowen, the Cebu-based property developers, and architect Lyndon Neri, aim to bring a taste of Spanish gastronomy to Cebu in an informal, contemporary environment.

At the launch, Jason told me: “It has always been Irha’s dream to bring some of the success of our restaurant group back to her hometown. It gives me no greater joy than to open a social destination here as my love letter to her.”

His business partner Carla, daughter of Carlos and Mariquita Yeung, passionately told me that Cebu is a foodie destination in its own right. Along with her husband Chris, they had fun taking inspiration from their surroundings and creating a space defined by the taste buds of chef Jason and the design eye of Lyndon.

As suggested by the restaurant’s name, dishes will celebrate Cebu’s reputation as a destination for pork, with a focus on pig-based plates sourced from local farms in the same province.

The Pig & Palm is open from Tuesday to Sunday for breakfast, lunch and dinner, 8 a.m.-10 p.m. Reservations are now accepted.

Filipino chefs are creating waves in the international food arena. Nobu New York executive chef Ricky Estrellado is coming to Nobu Manila to collaborate with the latter’s head chef Michael de Jesus for a gastronomic feast that Nobu-fies timeless Filipino recipes with Japanese-Peruvian influences, for a special engagement on Aug. 18 and 19.

The two-night event highlights the collaboration of two talented Filipino chefs who have both worked with the renowned chef Nobu Matsuhisa for years.

Chef Ricky, who has worked with Nobu for 22 years, is the executive chef in New York, overseeing both the Nobu New York in Tribeca and Nobu Next Door along Hudson Street.

Chef Michael, a Fil-Am who grew up in the US, started his nine-year career with Nobu in the Los Angeles restaurant, and then worked in Nobu Las Vegas, immediately before coming to Nobu Manila early this year.

Nobu Manila is open for breakfast and dinner daily on the first level of Nobu Hotel Manila. The hotel is at City of Dreams (COD) Manila in Entertainment City, Parañaque.

Last Sunday, COD Manila PR director Charisse Chuidian invited us to experience the Sunday brunch at Nobu Manila. It takes dining to another level as the hip and modern, celebrity-inspired restaurant enthralls diners on Sundays from 11:30 a.m. to 3 p.m.

The brunch is priced half-off for kids 6 to 12 years old, and is free for kids 5 years and under.

The Nobu Sunday brunch buffet has a continuously evolving selection of dishes and live action stations. Some 50 items in the brunch fare will satisfy any hearty appetite and craving for the innovative new style of Japanese cuisine that incorporates Peruvian ingredients. As an added gastronomic thrill, some much-raved-about hot dishes are passed around.

Let me end with a shout-out for “Firebird and Other Ballets,” the start of Ballet Philippines’ 47th season: “Wings.” Georgian-born George Birkadze choreographs an all-new “Firebird,” reimagined into a pre-Hispanic Philippine setting, with costumes by visionary painter Mark Higgins.

Ballet Philippines’ cast is led by Rita Angela Winder and Jemima Reyes as the Firebird, Jean Marc Cordero and Garry Corpuz as the Pearl Merchant from the Silk Road, Denise Parungao and Monica Amanda Gana as the Princess from the Land of Spices, and Cyril Aran Fallar and Victor Maguad as Koschei the Immortal.