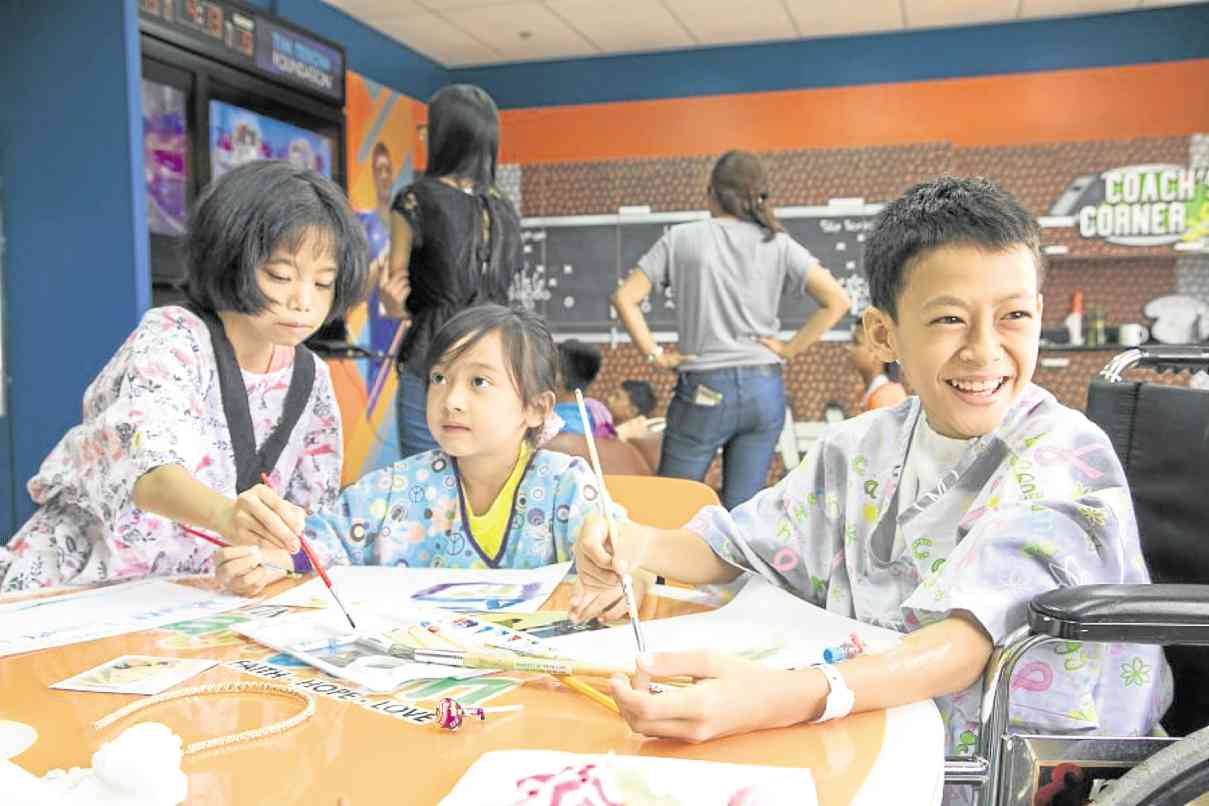 There  is a mural at the Tebow Cure Hospital in Davao City depicting Jesus Christ surrounded by children, one of them using a crutch. Above it is written the Bible passage from the gospel of Matthew: “Suffer the children to come unto me… for the kingdom of heaven belongs to such as these.”

In a nutshell, this is the mission of all Cure hospitals worldwide. The focus of these charity hospitals—many of which are in Africa—is pediatric orthopedics.

The surgical procedures performed include, but are not limited to, treating disabilities such as clubfoot, bowed legs, scoliosis, hydrocephalus, spina bifidia and brain tumors. Also treated are conditions like cleft lip, cleft palate and untreated burns.

“We performed surgery on one boy whose legs were badly burned after his family’s house was set on fire just because they were Christians,” said Dr. Carlito Valera Jr., one of the hospital’s surgeons. “When he was brought to the hospital, he was shy and withdrawn, he couldn’t look people in the eye. But after the surgery, he began smiling and playing with the other kids.”

This transformation would be repeated dozens of times in many patients. Apparently, their physical disability was just one of the challenges they had to overcome daily. The constant bullying by classmates and neighbors also took its toll.

That served as impetus for American football player Tim Tebow to set up a foundation, which partnered with Cure. Tebow was born in Manila and his parents did missionary work in Mindanao at the time.

“When Tim visited the hospital a couple of months ago, he talked about his childhood best friend, Sherwin, who had clubfoot and how he was teased and made fun of because of it. Superstitious people also said that Sherwin had been possessed by a demon,” Valera recalled. “That was when Tim told himself he would do something to address this way of thinking once he had a chance.”

The Tebow Cure Hospital in Davao City is the first of its kind, but is just one of the organizations funded by the Tim Tebow Foundation whose goal is to provide aid and care to children worldwide.

“It would be accurate to say that our primary focus is pediatric orthopedics followed by plastic surgery (for cleft lip and cleft palate) but mostly we’re helping physically disabled kids,” the hospital’s executive director Leron Lehman told Inquirer Lifestyle. “We also treat adults as a private practice. The genesis of that is it’s expensive to do what we do.”

To offset costs, Tebow Cure Hospital treats paying adults by performing joint replacement, surgery and other orthopedic procedures. “We charge them market base rates and use that revenue to subsidize the hospital’s charity work,” Lehman said.

The five-story hospital is designed with children in mind, with colorful wall art, pint-sized furniture and facilities, and even a Timmy’s Playroom designed to look like a mini football field with chairs shaped like footballs.

Surgeries are scheduled on Wednesdays, and patients are usually discharged by Friday. There is a waiting list of patients but Lehman said the hospital is equipped to take in more.

“It takes work to go out and find these children but, if it’s somebody we can help, we won’t turn them away,” Lehman said. “The only screening is if it’s a correctable condition that will benefit from surgery and if we are capable of doing it. If your child fits that criteria, we will help. We do not discriminate on sex, race or religious beliefs. If you have funds, we’d like you to pay a small part. If you don’t, that’s okay, too.”

The decision to open in Davao the first Cure hospital in Southeast Asia and the first Tebow Cure Hospital worldwide was deliberate. “Mindanao is really where the most underserved people are,” Lehman said. “While there are a lot of indigenous people and poor areas, there are also good nurses and clinical staff from the schools here.”

A few patients come from outside Mindanao, but they are the exception as the bulk comes from Davao and the surrounding areas.

Among them was a young girl who underwent painful treatment for burn contracture of both arms. Valera, who performed the surgery, narrated how she woke up after the surgery and asked her mother for durian, the strong-smelling fruit that is not allowed in enclosed public spaces like hotels or hospitals.

“The staff brought her out in a wheelchair where she happily ate her fill of durian under the sun, her arms no longer fused to her sides,” Valera said.