When in Madrid–go to Toledo, Avila, Segovia | Inquirer Lifestyle 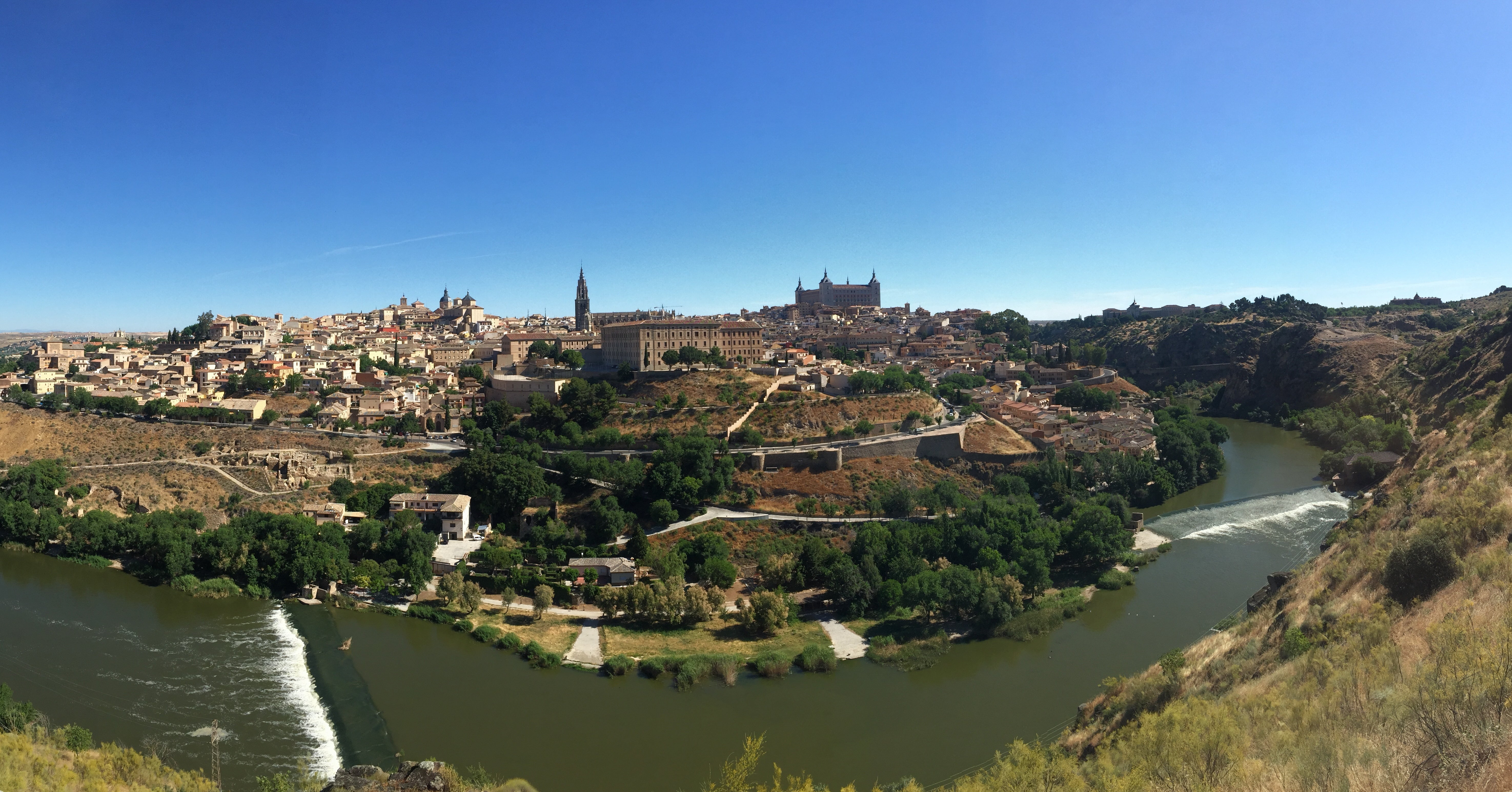 Toledo, the capital city of Castilla-La Mancha, only 33 minutes by train from Madrid—the city’s skyline dominated by the spires of Toledo’s two most iconic buildings, the Alcázar (castle) and the 13th-century Gothic cathedral. ALL PHOTOS BY GIBBS CADIZ

When in Madrid–go to Toledo, Avila, Segovia

Madrid, home to both Picasso’s “Guernica” and Cristiano Ronaldo’s playground-stadium, is a can’t-miss destination for anyone interested in seeing the best of Europe.

Spain’s capital is a cultural and artistic wonder, profuse with magnificent edifices like the Palacio Real and La Almudena Cathedral. There are verdant lungs of green such as Buen Retiro park, and vast public spaces from Plaza Mayor to Puerto del Sol.

Spend some days wandering Madrid’s wide boulevards (there’s an Avenida de Filipinas with a statue of Rizal) or shopping at El Corte Inglés, Spain’s most ubiquitous mall; having your selfie at the Real Madrid Stadium that even during off-season is a shrine swarming with football fans; soaking in the easy, ebullient café culture and night  life—dinner starts at 10 p.m, and “Nobody goes to bed in Madrid until they have killed the night,” said Ernest Hemingway—and it’d be a grand vacation.

But the city is, in fact, also an invitation to an even more tantalizing layer of Spain. Not more than two hours tops from it by bus—and mere minutes by train—are three exceptional World Heritage sites: the ancient cities of Toledo, Avila and Segovia.

It takes about 33 minutes by train from Madrid’s Puerta de Atocha to Toledo, but when you arrive at the capital city of Castilla-La Mancha, it’s as if that half hour had hurled you back to centuries past. Madrid, despite its historic architecture, is undeniably modern. Toledo seems straight out of a medieval travelogue, a city sprawled on a low mountaintop and surrounded on three sides by a natural moat, the river Tagus.

The panoramic view from a high point outside the city is dominated by the spires of Toledo’s two most iconic buildings—the Alcázar, reconstituted into a military museum after it had been pounded to rubble during the Spanish Civil War, and the 13th-century cathedral, a Gothic landmark which our guide said ranks as the wealthiest church in all of Spain.

A walking tour of Toledo’s streets and alleyways, lined with old buildings adaptively reused into modern shops and bars, is the best way to experience both the grandeur and daily rhythms of this city. Some of the structures sport the graceful arches and Mudejar decoration that are the unmistakable heritage of Toledo’s Moorish past before it became a Catholic enclave through the Reconquista, or the reconquest of Spain from its Arab rulers.

Toledo, Spain’s imperial capital in the 16th century, hosted a unique, tolerant culture that allowed Christian, Jewish and Arab communities to flourish side by side and made the city an important seat of learning. Even now, its historic skyline includes ancient synagogues and a mosque—built in 999 and then converted into a Catholic chapel—along with the mighty cathedral and its soaring, gilded high altar inside. To miss a tour of the cathedral’s spectacular interior will be to miss the essence of Toledo as a glittering moment in the story of old Spain.

Avila, an hour and a half by train from Madrid, is an even more fortress-like city than Toledo. Completely surrounded by medieval walls, it’s been described as “perhaps the most 16th-century town in Spain”; the fortifications have never been breached, and today visitors can climb its parapets and towers and walk about halfway of the walls’ length for a dramatic vista of the town and its surroundings. Afterward, they can catch their breath at any one of the countless bars and restaurants on the ground, or simply laze about in a corner square.

The walls are an impressive sight, but Avila has another attraction. For centuries, it has been a pilgrimage destination as the birthplace of the pioneering woman mystic and church thinker, St. Teresa. The small church in which she was baptized is still in use; similar well-preserved convents, monasteries and villas cram every corner of the town. A small museum adjacent to the convent that was built over the original house of St. Teresa’s family displays her relics, including a finger from her right hand.

Avila’s cathedral, meanwhile, is a massive structure in granite, with an apse incorporated into the walls to double in olden times as a fortress.

Then there’s Segovia, merely 30 minutes by train from Madrid or about an hour by bus, a destination that takes visitors to an even older time—Roman antiquity.

The city has its own requisite old cathedral and Alcázar—a postcard-pretty castle that wouldn’t be out of place in a Disney park. But its most famous monument, and its main calling card to becoming a Unesco World Heritage site in 1985, is the Roman aqueduct, an engineering marvel built in the first century AD that brought water to the city.

Visitors can walk right up to the base of the aqueduct’s vaulting arches and touch the millennia-old stones. Even better, they can dine at the famed Mesón de Cándido restaurant at Plaza del Azoguejo right by the monument, and partake of the resto’s signature cochinillo asado while enjoying the picturesque view of the Roman aqueduct.

To show how succulent the roasted pig is, a mini-ritual is observed: The chef or head waiter chops the whole piglet with a plate, then throws the plate on the floor for an exuberant start to a typically hearty Iberian meal. “Spain is for living, Castile is for wining, Segovia is for feeling and Cándido for eating,” so said Pablo Neruda.

Three enriching, eye-filling destinations accessible by day trip from Madrid; next time you find yourself in the Spanish capital—and now is a good time to go because the euro remains low—make use of the easy gateway it offers to such priceless explorations of old Spain.