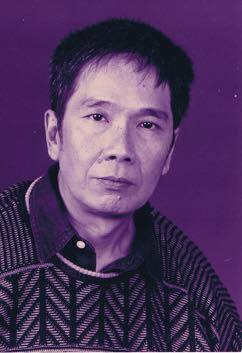 Director and actor Jonas Sebastian passed away on July 31 at age 73. He died of cardiac arrest after contracting pneumonia.

Born in Quiapo to a family who owned the movie studio Oriental Pictures, Sebastian entered the performing arts in 1967 as an actor in productions directed by Inquirer columnist Nestor Torre at Ateneo de Manila University, and Joey Gosiengfiao at De La Salle University.

He later joined Philippine Educational Theater Association (Peta) as an actor and set designer; and Repertory Philippines as a set designer, eventually directing the company’s inaugural production of “Sleeping Beauty” for its Repertory Children’s Theater. He also acted and directed for Dulaang Unibersidad ng Pilipinas, helming “Asyenda Animal” for the group’s inaugural season.

His directorial debut was “Hello Soldier” for Peta in 1971. His directing scope would grow to encompass comedies, classics, Filipino works and  foreign material. He went on to direct dinner theater and opera in the late 1970s and 1980s, and drama classics in the 1990s.

In a Facebook post, actor and director Bernardo Bernardo recalled being directed by Sebastian in several productions: “[When] dinner theater fare in posh hotels was all the rage, Jonas Sebastian was the undisputed King of the Classy Sex Comedy Romps!”

Sebastian formed or cofounded a number of theater groups: Voyage Theater Group, focused on experimental plays; and Babaylan Theater Group/Dulaang Babaylan, focused on the revival of traditional theater forms such as senakulo, in the 1970s.

In the 1990s, he directed for Tanghalang Pilipino (“Ginintuang Bayan,” “Orosman at Zafira” with John Arcilla and Allan Paule alternating as Orosman) and for Bankard Ticketcharge (Edward Albee’s “A Delicate Balance”).

He cofounded Actors Classic Ensemble, which staged Shakespeare and world classics from 1994 to 1997. Cofounder Joshua Spafford, a former actor with Repertory Philippines, said, “He’s an important cornerstone Filipino theater artist and a teacher to so many people who have come of age today. Those who knew him closely knew what a kind, loyal and loving friend and ally he could be.

“His passion for his craft and his passion for sharing this knowledge had no bounds. He went out of his way to help procure scholastic papers, studies and other valuable resources on studying classics which, in the pre-internet time, was hard to come by. More and more the culture of mentorship is vanishing, so someone like Jonas, who shared knowledge with urgency, was rare.”

In a Facebook post, Spafford wrote,       “He spent countless hours, years even, not just directing but teaching a good number of younger artists how to study a text, how to deepen a role, how to find comedy in tragedy and tragedy in comedy, and sharing his belief that the theater was worthy of a lifetime of love and worthy as a calling.”

Actress Adriana Agcaoili said, “Whenever we’d emerge from one of his intensive and very rewarding table sessions (he was a firm believer in textual analysis, especially when we were doing Shakespeare), his actors liked to joke that Jonas treated Shakespeare like the ‘Matrix’—he could crack the code for you.”

Before he entered theater, Sebastian put his undergraduate and master’s degrees in mathematics from University of the Philippines to use as a teacher there for five years. He was known to wear white gloves in class, as he claimed he was allergic to chalk.

In the 1980s, along with his theater contemporaries who were shifting to film, he wrote scripts for television and film. He also forayed into film acting, and is well-known to fans of the 1980 cult film “Temptation Island” as the character Joshua, the pageant coordinator.

On stage, he essayed lead roles in plays such as “Cyrano de Bergerac,” “Who’s Afraid of Virginia Woolf,” “Peer Gynt,” “In My Father’s House,” “Largo Desolato,” “The Cherry Orchard,” “The Chairs” and “The Merchant of Venice.”

Spafford said, “To not acknowledge that he could be eccentric, and I say that fondly, would be doing him a disservice. At the end of the day, all he cared about was the theater and his extended ‘real’ family: theater artists.”

Agacoili added, “Jonas was temperamental. The size of the bump on his forehead grew according to his frustration over a play, or a scene, or an actor.

“But he was also the most loving and generous director, laughing the loudest in the theater during a performance, never mind if he was the only one, or embracing you with tears in his eyes, very vocal about having loved a scene you just did.

“When he was pleased with a run, he would grin and literally twist in his seat, looking absolutely gleeful. He was a genius, no doubt about that, both as an actor and a director.”

Bernardo said, “Bowing in respect to one of my favorite stage directors. Also, one of the most colorful. Geniuses in theater are notoriously quirky and difficult to work with, but what amazing inventiveness, fearless choices  and titillating logic spring from their unbridled imagination. Jonas was the only director who made me cry out of frustration; but, more often, from sheer joy of watching him create magic on stage.”

Sebastian’s wake was held at Heritage Park in Taguig City, where he was also interred. He is survived by four siblings—
Jehu Sebastian, Jonathan Sebastian, Joseph Sebastian and Janet Santos—and their respective families.