This ‘Firebird’ has an Asian outlook | Inquirer Lifestyle ❮ ❯ 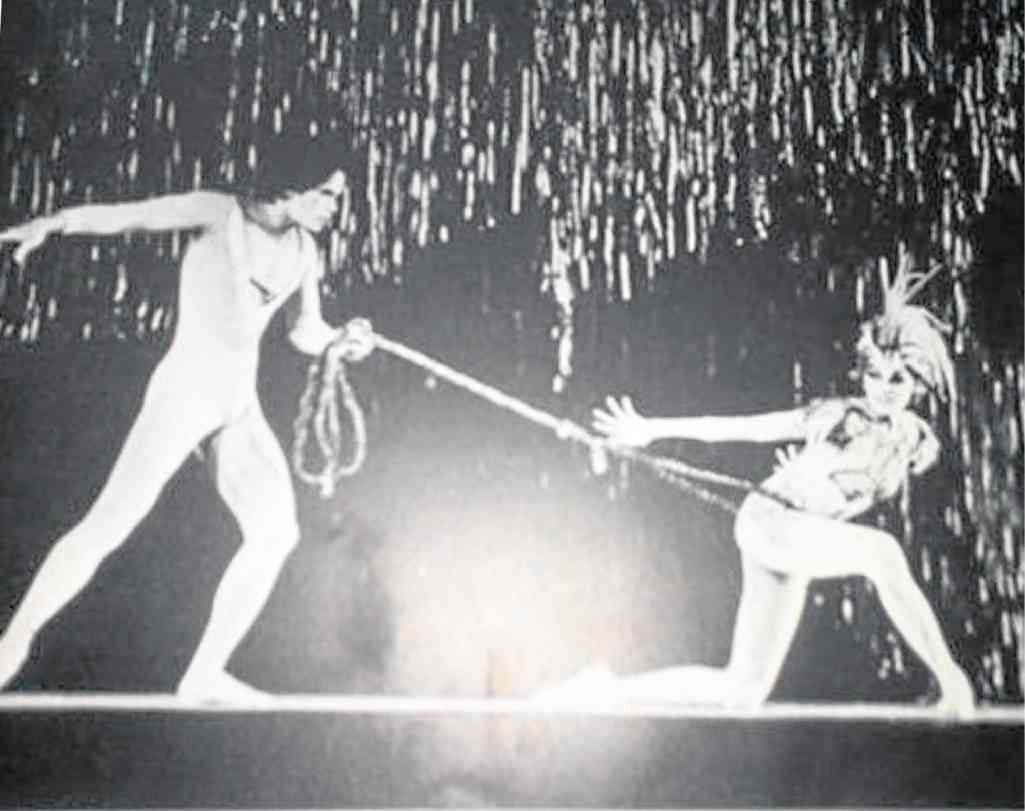 EDNA Vida andNonoy Froilan in the 1979 Ballet Philippines production of “Firebird,” which is being revived after 37 years PHOTO COURTESY OF RUDY VIDAD

This ‘Firebird’ has an Asian outlook

ONE’S first glimpse of “Firebird” at Cultural Center of the Philippines (CCP) was way back in 1979 with a new version by Swiss choreographer Armin Wild and set designs by now National Artist for Design Salvador Bernal.

In the Ballet Philippines (BP) recent press preview, attention was on the jaw-dropping costume design by Mark LewisHiggins (in collaboration with Slim’s Fashion and Arts School) which a seasoned balletomane noted could equal, if not outshine, the recent American Ballet Theater version featuring the now iconic black ballerina Misty Copeland in the title role.

In 1979, Edna Vida danced the title role with the Prince Ivan of Nonoy Froilan. What one remembered was the mesmerizing production design which—on one night—had a minor malfunction but it didn’t distract from the fact that it was a well-received performance.

Paul Morales said BP has over 500 ballets in its repertoire and a revival of one production depends on how an audience will connect to the new version.

Ballet Philippines president Margie Moran-Floirendo said that the choice of a revival is usually dictated by the level of dancing the company has reached.

“We thought ‘Firebird’ will bring out the best in our dancers. We scouted for the most imaginative choreographer and found him in Georgian-American ballet master George Birkadze who had stints with Boston Ballet and earlier, with Bolshoi in Russia.”

Birkadze said choreographing is a never ending job of creating. “I have my own ideas of what I want but I also closely collaborate with dancers who interpret your choreographic creation. But to be specific about it, my ‘Firebird’ is an Asian-inspired creature. She is an oriental bird through and through, not a ballerina’s bird. She was born in my mind with an Asian perspective.”

Dancers Denise Parungao, Monica Gana and Rita Binder agreed that working with Birkadze was a great experience. They are aware of the pressure to give their best but they find inspiration in the choreographer who is very giving.

Indeed, this new Firebird has an Asian outlook with a story transported from Russia to Asia.

He has noted that the firebird myth exists not only in Russia. “In China, the bird is called the phoenix; in India it’s the peacock; in the Philippines it’s called the ‘sarimanok.’ The story of the Philippine folk legend is similar to, and older than, the Russian version.”