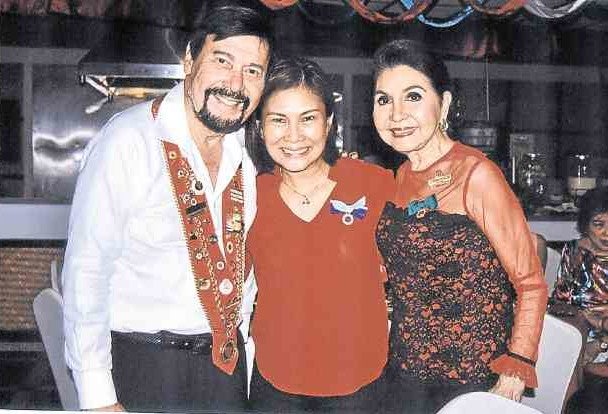 Fiesta Cebuana was the theme for the recent fellowship of the Cebu chapter of La Chaine des Rotisseurs at the open-air Kan-anan Filipino restaurant on the third level of Park Lane Hotel.

Lovely Cenelyn Manguilimotan, Park Lane’s general manager, sat with them, along with members of the board Teresin Mendezona,  Nestor Alonso and Dave Sharpe.

Menu consisted of a comprehensive array of Filipino favorites, and some special Cebuana dishes from various municipalities around the province. These were all to the credit of chef Orlando Santos and Ian Dale Tan, the food and beverage director.

Present were Angie Mathieu with her son, Mickey Paulson, and their friend Wibitz Williams. Michael and Joanna Lhuillier were seated with Miranda Konstantinidou and Keith Siemens, Carmen Campbell and Rosebud Sala.

There may be another fellowship for Cebu’s La Chaine, perhaps in October. What is sure is the anniversary gala on Dec.9 at Shangri-La’s Mactan Resort and Spa.

Cebu Cathedral was the venue of the grand wedding of Robby Ann Quintos and Edsel Iway, officiated by Msgr. Achilles Dakay. Principal sponsors were headed by Cebu City Mayor Tomas Osmeña, who came with his wife, Councilor Margarita Vargas-Osmeña.

They did not attend the reception that followed at the Mactan ballroom of the Shangri-La.

Glamorous beyond words was the bride’s maternal grandmother, Milagros Sembrano, in a champagne-colored tulle number embroidered with crystals, and ablaze with diamonds. At the reception she held court with dear friend Lorenza Ford, who was also sparkling with heirloom jewelry.

It was commented that on days previous to the wedding there had been beelines to several banks’ safety vaults. Such was the glitter and sparkle by ladies of Cebu’s old families present on this occasion.

Secondary sponsors were Robert Granthom and Carla Tan for the candle; Michael Chiongbian and  Mary Therese Borromeo, the veil; Phillip Granthom and Maria Java, the cord.