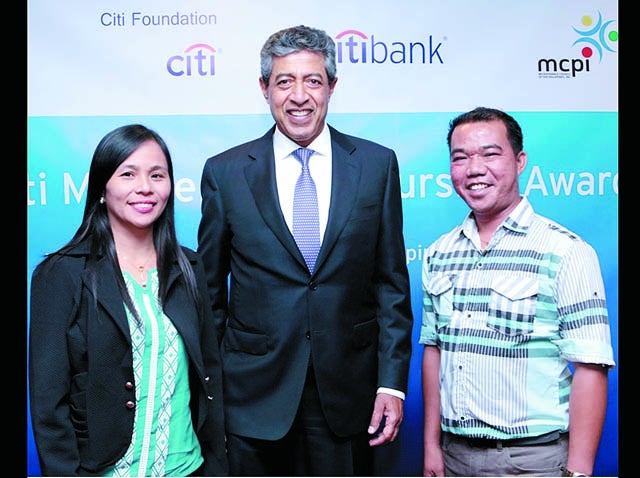 Full of surprises” is definitely one way to describe the launch of Shakey’s latest menu offering, the yummy Corned Beef Crrrunch Pizza. At the brand’s newest outlet on Buendia, Makati, guests were greeted by popular event hosts Chino Lui Pio and Janeena Chan.

The audience was challenged to sing the famous “Let’s all go to Shakey’s” jingle. Diner Marvelle Santos wowed the crowd by belting out a jazz-inspired version, earning her an enthusiastic round of applause. Following this was an interesting picture game that challenged attendees to guess the object featured in a macro image.

But nothing could have prepared them for the Shakey’s Pizza Masters’ show-stopping presentation. Four dancers executed a thrilling exhibition, while simultaneously tossing around a piece of dough that amazingly, palangga, did not touch the floor even once, would you believe?

After a marathon of entertainment and fun, the hosts introduced the brand’s newest pizza, the Shakey’s Corned Beef Crrrunch, divinely crunchy and thinly sliced.

The latest Shakey’s TV commercial highlighted each of the pizza’s toppings: caramelized onions, feta cheese, crispy shoe-string potatoes and the main ingredient, corned beef. If that ain’t yummy, what is, ’di bala?

“Everybody loves corned beef,” said DJ Tony Toni. “It’s a staple. On top of a pizza, with the feta cheese and the potato strips, it is definitely a winner.”

Shakey’s GM Jorge Concepcion  later thanked the guests for coming to the new Buendia branch and joining the launch of the new pizza.

“For 14 years now, the awards—a nationwide search for outstanding Filipino microentrepreneurs who have overtaken poverty and great odds—have fruitfully strengthened the cause of microfinance and enterprise development in the country,” said Citi Philippines CEO Aftab Ahmed.

BSP Governor Amando Tetangco said the awards recognize “entrepreneurs who have achieved personal success through the support of microfinance institutions.” He added the awards emphasize “the importance of microentrepreneurship in nation building.”

Awards are open to microenterprises with assets worth from P300,000 to P3 million. The national winner will receive P200,000, while the three regional awardees, the youth awardee, and special awardees will get P100,000 each.

Dinner was excellent and guests later got the official giveaway, the celebrator’s CD  “Simply Tony.”