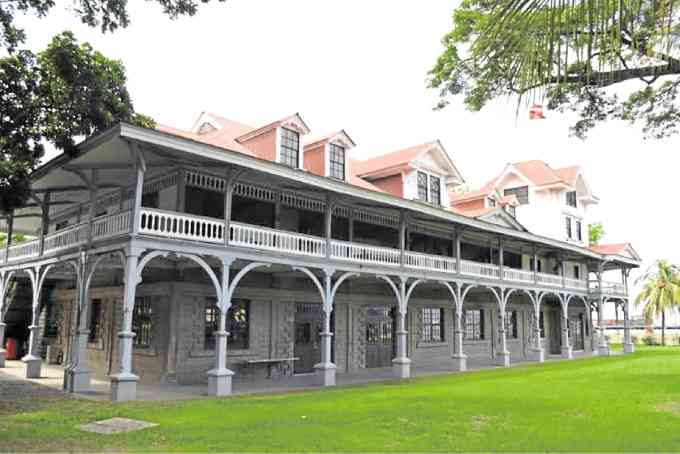 In welcome remarks, PSA chair and conference convenor Bernardita Churchill noted the growth of Philippine Studies. She explained the “contemporary academic field has expanded considerably since the 1980s.” She particularly noted that Japan and Europe were the biggest contingents of Icophil participants this year aside of course from Filipino scholars.

“What is good about this conference for me, I saw so many young faces, young people, young scholars that are starting their career and doing such great work,” she told the Inquirer later.

Churchill announced during the closing program that she would be donating her library, a collection of over 5,000 books from both her Quezon City and Washington DC homes, to Silliman University.

Historian Michael Cullinane of University of Wisconsin-Madison said the event was important for everyone who does Philippine Studies (PS).

Cullinane, as PS scholar for over 40 years, described Icophil as the “only major venue where people from all over the world who are interested in studying the Philippines can come together in one place, meet each other, talk to each other, hear each other and share information and knowledge.”

For Corazon Alvina, former National Museum director, Icophil was a very inclusive event because of the wide range of issues tackled.

“The pickings were multifarious and multitudinous… I hope it attracts more young historians and other multidisciplinary students,” she said.

One of the papers presented was “Surát Binisayâ: Deciphering Ancient Bisayan Writing on Recently-Discovered Artifacts in the Philippines” by Rolando Borrinaga of University of the Philippines. It disclosed his findings on the “baybayin” inscriptions on the Calatagan pot, Monreal Stones of Masbate, the recently discovered celadon pot of Limasawa, Southern Leyte and the Intramuros pot sherd.

Borrinaga said that all except for the one in Intramuros, the artifacts had Visayan words he called “surát binisayâ.”

The Calatagan pot, unearthed in 1958, is a ritual vessel used as an incense burner or a container for oil or water based on the inscriptions, Borrinaga said.

The Monreal stones discovered in Tico Island, Masbate in 2000 were likewise used for ancient rituals, he added.

Meanwhile, the celadon pot discovered in November 2015 by him and his companions while on fieldwork in Limasawa Island, Southern Leyte was an artifact associated with ancient burial practices.

Borrinaga also disproved the theory that the Intramuros pot sherd unearthed at the San Ignacio Church ruins in 2008 had baybayin script inscribed on it.

He said the inscription on the sherd is not baybayin but crude cursive Roman script of two Visayan words “bagtingi” or ring it, and “tuusan,” which means to show respect—acts, he explained, that should relate to the performance of a ritual.

Anderson was a major Southeast Asian scholar who did studies on Thailand, Indonesia and the Philippines. He was an international studies professor at Cornell University, New York from 1967-2002.

The book, “Imagined Communities: Reflections on the Origin and Spread of Nationalism,” published in 1983 is his best known work.

Conklin, on the other hand, did extensive work in Mindoro and northern Luzon. “Ethnographic Atlas of Ifugao: A Study of Environment, Culture, and Society in Northern Luzon” was one of his major works.

He was a professor at the Department of Anthropology of Yale University in Connecticut.

Icophil was first held in 1980 in Michigan, United States. It was subsequently held in Hawaii, Australia and the Netherlands.