In ‘Koro/Nasyon,’ the ensemble as theater royalty for an evening | Lifestyle.INQ ❮ ❯ 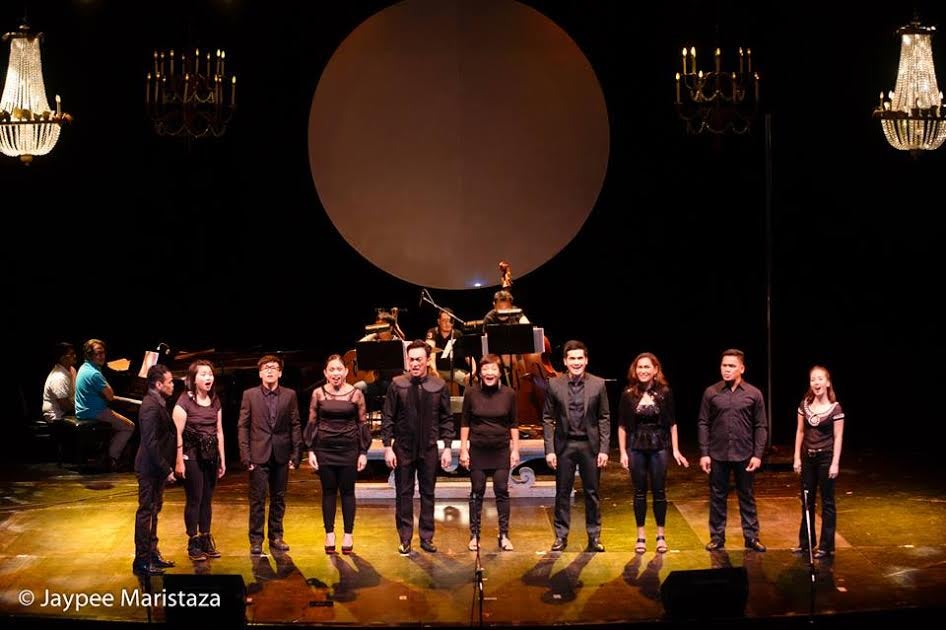 In ‘Koro/Nasyon,’ the ensemble as theater royalty for an evening

When the Triple Threats series at Cultural Center of the Philippines (CCP) first announced this year’s theme—“The Ensemble”—this author was among those who wondered how that would work, if it could even work.

“Koro/Nasyon,” the series’ second show for the season, was a regal answer to that burning question. True to its playful title, it was a coronation of both “koro” and “nasyon,” a celebration of the ensemble as the lifeblood of any production, and of musical theater as cultural patrimony.

It really makes a world of difference to have the concept, writing and direction for a show merge so seamlessly. The product, as it were, was an organic execution of the theme and an intelligent showcase of musicality.

The script by Katrina Stuart Santiago (with additional material by Rody Vera) magnified the life of the ensemble member without unnecessary sanctification. It was the unglamorous life told conscientiously—that of trooping to audition after audition, and memorizing multiple tracks, and hitting the perfect balance of blending in and standing out in a given scene.

And the song selection, which clocked at a concise one-and-a-half-hours, spanned the rich history of local musical theater, from contemporary original pop (“Kayumanggilas” from “Kung Paano Ako Naging Leading Lady”) and the jukebox musical (“Salamat” from “EJ: Ang Pinagdaanang Buhay ni Evelio Javier at Edgar Jopson,” borrowing from The Dawn songbook) to those that bear the touch of artistic royalty such as Ryan Cayabyab (music for “Katy”), Severino Reyes (libretto for “Walang Sugat”) and Bienvenido Lumbera (libretto for “Banaag at Sikat”).

And each of them did seize that proverbial moment in the spotlight, even as some of them struggled with the demands of unamplified performance.

The absence of microphones was but one of the ways both director Tuxqs Rutaquio and musical director and arranger Joed Balsamo deliberately did away with flourish.

With the least embellishment, Rutaquio took his cast of mostly Tanghalang Pilipino alumni on a compelling narrative arc. Opening with a subdued version of “Mundo ay Entablado” from “Katy” established the evening’s spare tone; and the protracted “audition” segment, where snippets of songs were entertainingly performed with an additional directive (sing as Sisa from “Noli Me Tángere,” etc.) provided a glimpse of how the rest of the evening would pan out.

By the time the cast banded together for a frisky a cappella rendition of “Chili con Carne” by Swedish artist Anders Edenroth, the exact magnitude of talent on display was already within grasp.

That number, by the way, felt closest to capturing the spirit of everyday ensemble work, the performers singing multiple harmonies while dealing with choreography and acting—and obviously having a blast juggling all that.

They were evidently breathless by the end of that song, but there they stood on the stage of CCP Little Theater, the house tragically flecked with many empty seats. For an evening, they were kings and queens of an industry they have so been devoted to for the longest time.

The final show for the 2016 Triple Threats series, titled “Koro Koro Boom!” will be on Oct. 20 at CCP Little Theater. It will be directed by Phil Noble, and written and musically directed by Vincent de Jesus.