Xiu: Is it move over, Choi Garden? | Lifestyle.INQ ❮ ❯ 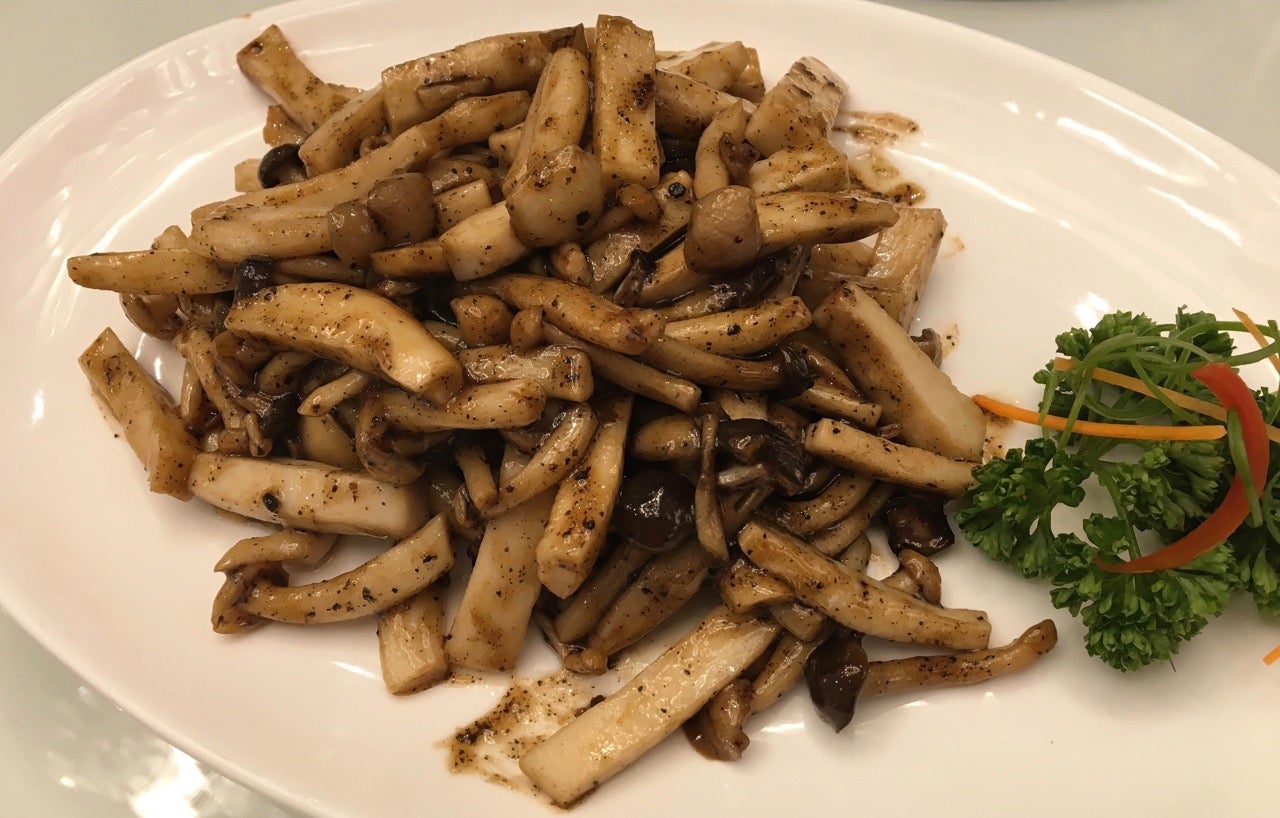 Xiu: Is it move over, Choi Garden?

It’s difficult to understand why the owners of Lugang would abandon what seemed to be a successful restaurant.

My wife and I have enjoyed all our meals there, including the eat-all-you-can promos of unlimited xiao long bao. We felt we did pretty well finishing off eight steamer baskets, although I hear the record belongs to a couple who finished 40 baskets between them, a feat we are not inclined to replicate.

The overlit interiors were cozy and inviting, the food always well-cooked and priced reasonably. So, again, why change?

It seems that the aim of new restaurant Xiu is to become the Chinese dining place that the Greenhills crowd never knew it wanted. The diners used to be evenly divided between Choi Garden and Gloriamaris—until the latter got a bit more ambitious and overspent on a huge, gaudy building, and then something went terribly wrong in the kitchens, until it all went rapidly downhill.

We’re still nostalgic fans of what Gloriamaris used to be, but mostly we (by which I mean the council of elders in our family who have control over these things) have shifted to Choi Garden.

The problem with Choi Garden is that, sometimes, you can’t find your relatives. Often, my wife and I would arrive, be ushered to a room, and would sit waiting—not knowing that the rest of the family have also been waiting for us in the next room.

Or, you could find yourself arriving, bearing gifts, to Mr. Tan’s birthday party, only to encounter a bunch of strangers and you have to check out three more Mr. Tans, before learning that your otherwise efficient auntie has made the reservation under Mr. Uy, his birth name, which is not the same as his legal name.

Apart from the labyrinth and the parking situation, Choi Garden has always upheld decent prices and a certain standard of cooking.

This standard is what is now being challenged. We’ve always thought that Chinese food in the Philippines is of a certain caliber, but we save the eating binges for Lei Garden, Crystal Jade or Spring Moon in Hong Kong.

A friend told me that guests get tiered or ranked when they walk into a Chinese restaurant in Manila; and if you don’t own at least a shopping mall or supermarket chain, no Cantonese chef for you—only a well-trained native!

That’s why he preferred to eat out in Hong Kong restaurants, where, while they might be uniformly rude, at least they maintain high standards.

When Xiu opened, people said it was so expensive, its food prices could match those in hotel outlets. True. It also doesn’t run promos or make you feel you’re beating the system in some way.

But guess what, we ate at Jasmine in New World hotel during one of its complicated promos and ended up spending as much as we did at Xiu last week, when we simply ordered off the menu and paid sticker price. And the Xiu meal was much better, from the service to the food.

The menu opens, rather dauntingly, with all the delicacies: shark’s fin soup, fish maw with goose web, sea cucumber, abalone, Buddha Jumps Over the Wall.

One can safely ignore all these and proceed to the cheapskate’s section, as we did, and get less ostentatious fare. We ordered the pumpkin soup with seafood, vegetables in belacan (Malaysian shrimp paste), three kinds of mushrooms sauteed with truffle paste, fried squid with chili and salt, Yangzhou fried rice, and sweet and sour pork for the kids.

It was all good and plentiful.

I also tried the shark’s fin soup (well-flavored, but not absolutely thick with fins), the char siu, and the US short ribs, and all tasted fine.

However, Xiu’s chefs must give more thought to their tea menu: It’s a choice only between jasmine and pu’er.

And while I know nothing about wines, I do take my tea seriously; it’s as if you had asked for the wine list in a fine dining restaurant and the server replied casually that you could choose between cab sauv and pinot, that’s it.

At the moment, Xiu occupies the middle space between the family gathering default-hangout—where the kids are on their iPads, the adults are talking stocks, and the grandparents are exchanging herbal remedies—and the big-spend hotel banquet dining that’s reserved for special occasions.

This is a dangerous gamble; while the service is good, it still doesn’t match that of a hotel dining room. And a hotel comes with its own cachet, simply because it’s a hotel; Xiu doesn’t have that.

But I myself am all for it, because while hotels might have more impressive dining rooms and valets in double-breast uniforms, the food isn’t necessarily better. One could actually make a good case out of having hotel-quality food at slightly lower prices and a more relaxed setting.

But what the restaurant really would like to do, and it will make oodles of money if it can do it, is convince people that they should be setting a higher standard (and paying more) for their weekend dining experience.

The only thing that can draw in the Greenhills Chinese crowd, more than discounts, is social pressure—of being wrongly thought that one couldn’t afford something.

And once the council of elders decides that the restaurant is worth spending a little more for better food, the crowds will come. Fortunately, it’s not my job in the family to pick the dining establishment—I’m just the one who holds the children up to look at the fish.
Xiu is at 115 Connecticut St., Greenhills, San Juan; tel. 6507189