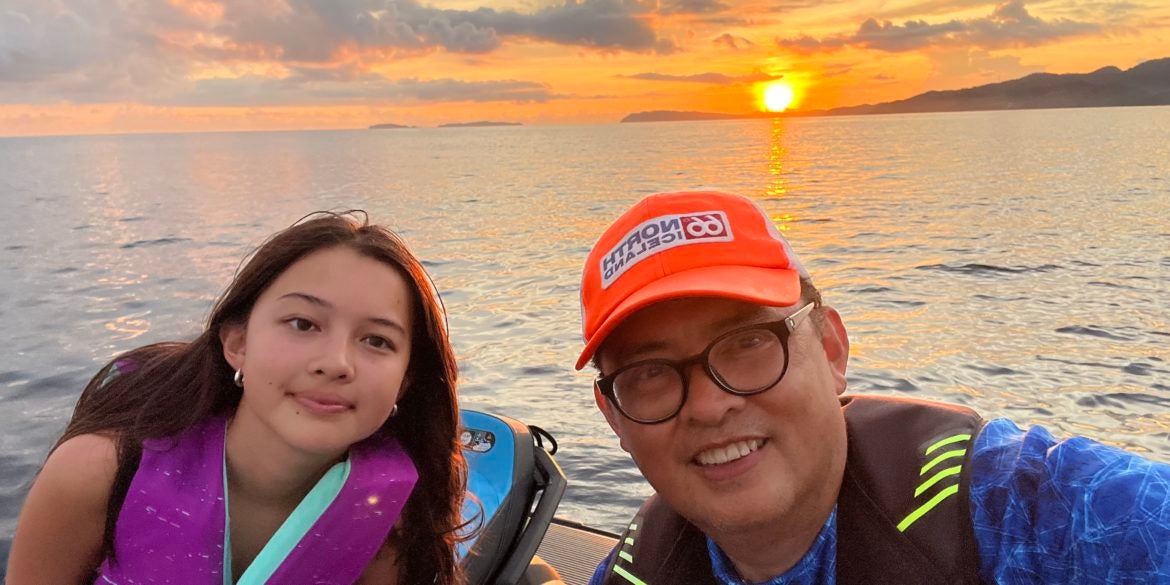 On his birthday, Joey Concepcion’s 15-year-old daughter Bella pays tribute to her father through a heartfelt personal letter.

My dad is Joey Concepcion, a businessman, and an entrepreneur. He founded Gonegosyo, a nonprofit organization that encourages entrepreneurship to people living in poverty to be able to have a prosperous outcome for their livelihoods. He is also the CEO of RFM corporation and was appointed by President Rodrigo Duterte as Presidential Adviser in 2016.

in 2018, the Padma Shri was given by the president of India to award my father for his work in trade and industry. My dad was awarded The Arangkada Lifetime Achievement Award which was given by the members of JFC to Filipinos who have significantly contributed to improving the country’s business environment in 2021.

Aside from the previously mentioned awards, I want to share with you why my dad is who he is today. And I don’t think any award can justify just how great he is.

One of the biggest factors that helped him become who he is today is the values that he instills in himself. I would describe my dad as someone who is stubborn, impatient, and always wants things done his way. Yes, these traits might give out a negative connotation but he brought the good out of it.

I find that these are some of the things that make up a father that I truly know and love and what makes Joey Concepcion, Joey Concepcion. My dad described himself as someone who is impatient. My dad always wants things done quickly but thoroughly, “I push things fast. Otherwise, there will come a point when one stagnates,” says Joey. Impatient bc he believes there is no time to wait. When you dream about something or want something you must act upon it right now. Stubborn because he is passionate about something he will fight for it no matter what. At the beginning of the quarantine, he involved himself to help the economy of the Philippines during a state of a global emergency. From testing, bringing back the economy, the vaccines, boosters, and opening up our borders.

People thought his ideas were insane or crazy but at the end of the day, it is what needed to be done in order to get to the place we are in now. Even a global emergency didn’t stop him from doing what he wanted, he didn’t listen to his bashers he always stuck to what he believed in. It shows his commitment to our country in any state. He stuck to his mission of fighting for entrepreneurs and their futures.

Even though he was fortunate enough to personally not be affected by COVID-19, he still persisted because he knew it would pay off for the lives of the Filipinos. In a news article, he once said “ When you’re in a fight whose outcome will resonate for years to come and you have no choice but to keep getting up and pushing as hard as you can.” Believe it or not, these were what molded him into the successful person he is today.

He’s not only successful in business but in family, my parents both compliment each other as they instill values in us children and always remind us to be proud Filipinos and put family first always. My dad was offered the position of DTI secretary by President Rodrigo Duterte but later then turned it down. One of those reasons was because of family. If he accepted the role it would be hard to set aside time for us and he wasn’t willing to sacrifice that. He said that “The desire to be the best and to succeed is fine. But it should be balanced with our attention and commitment to family, health, and our spiritual needs.” His mindset of a family man taught me that success is not complete without family they are the building blocks to true happiness.

I think ever since I was little I’ve always dreamed to be as successful as my dad is. I remember going to my parents when I was about 10 years old to help me open my own bank account because I had sold something in the shopee. To this day I enjoy attending his events. I enjoy being there presently and seeing how he inspires other people so greatly because it is crazy to see how far he has come and it is still a shock to me. From my failures and successes, he taught me that I’d have to love the process of what I’m doing to be able to achieve happiness and success. He inspires me to someday help our country prosper in whatever way I can.