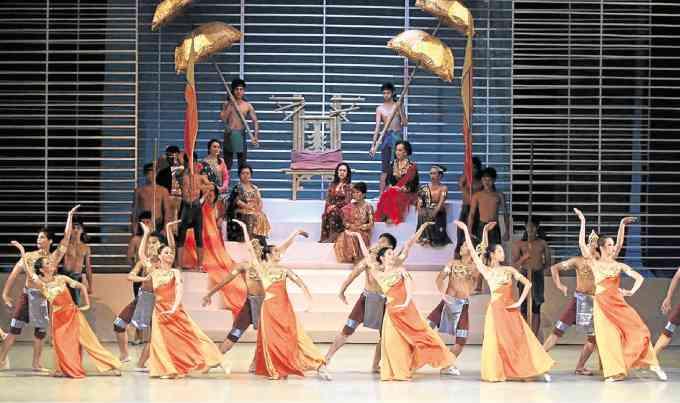 A SCENE Depicting the richMaranao culture

Your mantra for the week: “I speak only words that help, encourage and inspire.”

I used to do past-life readings from 1977 to 1984; based on exposure and experience, I’m an ardent believer in reincarnation as opposed to transmigration.

One dramatic example is a young gentleman, a total stranger, who came to me for a past-life reading. Even before I could start reading and interpreting his astrological chart, I got a vision of his death in a different lifetime where he was a female who was tied to a tree and died with an arrow that pierced through her heart.

This young man was so stunned at what I had said that he asked me to stop. He explained that the only reason why he came for a past-life reading was to find out why he was born with a hole in his heart: “It is only my mother, her doctor and myself who know about this matter, so I am so shocked at what you are telling me.”

That’s only one out of hundreds of other revelations.

Those who are interested in discovering clues of their own past lives can start by observing their own families, for each member represents a lifetime where you embodied the character of that family member— they are all your other selves.

This goes for all family members, especially those you do not get along with. The lesson is for you to accept and love all of them with no judgment.

If, for example, you have a sibling who is gay and you are homophobic, it’s a guarantee that in one lifetime, you were gay and you probably hated yourself for being gay.

You may also check the kinds of food, people and countries you favor or do not particularly like.

I have often repeated that our families are our original karma, and our souls have chosen to be with them as part of the process of learning to love unconditionally.

Today, September 25th, is your last chance to watch Philippine Ballet Theatre’s production of “Filipino Masterpieces” at Cultural Center of the Philippines.

It will feature the epic “Darangen ni Bantugen” and other ballets such as “Mantones” and “Vinta.”

The matinee is at 3 p.m., and the evening and closing performance at 8 p.m.

Another way to cuss

Despite everything negative that has been said by the local and international press, I am a supporter of the Duterte administration. This is not to say that I am for extrajudicial killings, but as I had written in a previous article, a war does have innocent people inadvertently getting killed.

Who would desire to deliberately slay innocent children? They just happened to be there at the so-called “wrong time.” But I believe that death is a choice of the soul—yes, even in the manner that it happens.

Now this is going to sound like an unsolicited advice to President Duterte, but it isn’t. I am merely sharing a technique that he may want to try. In the early years of the Temple of Prayer, Peace and Prosperity, there were many who could not hold their cussing habits. Like the President, their common expression is put*ng *na.

I recommended for them to substitute the phrase, “Bank of P.I.” instead. Most people understand the P.I. portion, but they asked, why bank? Because a bank is a symbol of prosperity.

Notice, too, that both phrases have four syllables and can be expressed with the same rhythm. Today, all those concerned have stopped using the President’s signature expletive and instead blurt out, “Bank of P.I.”

If, by chance, President Duterte follows my suggestion, I am sure people will no longer be turned-off by his colorful language and instead be amused and have a good laugh.

People who habitually cuss is an indication that they have anger in their consciousness and find it necessary to curse to get their ire, rage and flabbergast out of their system.

What I did was introduce a concept in which they would encode their favorite cusswords and substitute a numerical number, keeping in mind the corresponding meanings. If number 1 conforms to “SOB” and they are tempted to use the expletive, they can just say with feeling, “Truly, a big number 1.” If “BS” were number 2, you can even growl, “Number 2, 2, 2.”

This method has lessened or has totally eliminated what we would call the use of offensive language. People who have used it say that after using this technique, they end up laughing at themselves: “Ang galing talaga ng ‘Bank of P.I.!’”

When the Marcos family started preparing to bury the despised dictator’s remains in  Libingan ng mga Bayani, they unwittingly exhumed the horrible memories of the declaration of martial law on Sept. 21, 1972, resurrecting the issue of kleptocracy that bankrupted the country by 1983.

I remember talking in 1970 to someone who confessed that he was handling the international funds of both Ferdinand Marcos and Aristotle Onassis, who was reputedly the richest man in the world at that time.

When I asked and found out who was richer between Marcos and Onassis, I promised my source that the Conde de Makati—who, by the way, was among the first wave of martial law detainees at Camp Crame, would not write about it.

Until now, I would not mention my source’s name, but the Marcoses know who he is. After my question, he paused for a few minutes and seemed to be making a mental calculation.

When he finally answered, he said, “This is all I can say… Marcos is more liquid.”

Imagine, this was before the declaration of martial law. What happened after that unforgettable day is history of kleptocracy like no other.

When former Senator Aquilino “Nene” Pimentel was interviewed last Monday by Winnie Monsod in her show “Bawal ang Pasaway,” he mentioned that martial law was the golden age of Philippine history—but only for the Marcoses and their cronies.

Toward the last part of the interview, Pimentel was rather kind and credited the Marcoses for building landmark structures and highways. But he forgot to mention at what cost. If one were to examine the books at that time, something that could have cost a million pesos would balloon several times over due to the cronies.

When Marcos succeeded Diosdado Macapagal in 1965, the Philippines’ external debt was a measly $277.7 million. By 1986, after the systematic plundering of the country, our external debt totaled $28.3 billion!

Appearing on CNN Philippines, Sen. Juan Ponce Enrile asked, “What if we never declared martial law, what would have happened to the country?”

There is no answer to that question because it is mere speculation, but one thing is for sure, the Philippines would not have been buried in debt.

What I know is that in 1969, during Marcos’ reelection bid, his crony/writer called me to say, “Ask your father to join us because we are surely going to win and we do not intend to leave the Palace thereafter… We will steal the whole country but will not make the same mistake as other dictators who brought out the wealth from their respective countries.”

To bury Marcos in Libingan ng Mga Bayani would be so immoral and embarrassing that it could make his wooden and waxed image blush with shame.

It would also tempt me to use all my encoded numbers.

Sen. Risa Hontiveros has donated 20 books of Raissa Robles’ “Marcos Martial Law: Never Again” to a Quezon City high school. I have asked Raissa to talk to her publishers to bring down the cost to a minimum, so it would be easier for others to follow what Hontiveros has done.