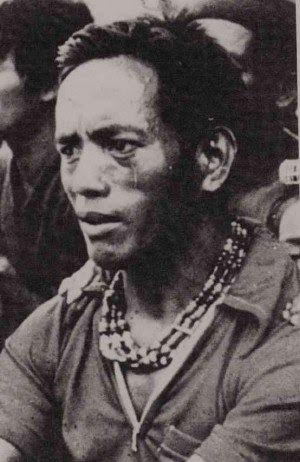 Here are seven more landmark plays that directly tackled specific people, events or issues during the martial law years, mostly written during the same period but including those that were written in the years after, arranged chronologically.

While this play produced by the Philippine Educational Theater Association (Peta) takes the form of the traditional Filipino custom of panunuluyan, the original production directed by Joel Lamangan shows Maria and Jose (Cecilia B. Garucho and Mario O’Hara) coming to life and going down from their caroza to encounter various sectors of the Filipino populace as they search for an inn in Metro Manila. It is only when Maria and Jose see that the peasants and workers have gathered their strength together to fight against their oppressors that Maria gives birth, as the chorus sings of the coming of a new day.

A prizewinner in the 1981 CCP Literary Contest, this play shows how seven characters are affected by events during the martial law years. What makes this play different is its upper middle-class milieu; its characters consist of a corporate executive subverting the labor movement in the company he works for, his photographer wife, their professor friend, a young model, a former flame who chooses to go work with the marginalized, a common friend who kills himself in their midst, and the policeman who comes to their door.

The original production was produced by Bulwagang Gantimpala and directed by Nestor U. Torre. This play’s characters reappear in two later Aguila plays to complete the trilogy published as “Balisa: ‘Ligalig’ and ‘Baligho,’” set against People Power I and People Power II, respectively

A common whore and a soldier have a single night’s encounter amidst an ongoing military operation in Samar. As the night progresses, the two find they are alike in many ways, each one trapped in a situation they would rather not be in. The whore has been jaded and made cynical by the hard life she has lived in the province, and made even harder by her experiences in the city. The soldier only wants someone to talk to, and is afraid he might be forced to do something he would regret, such as killing his younger sister who has joined the rebel movement he is working towards stamping out. A first-prize winner in the 1981 Carlos Palanca Memorial Awards for Literature.

This play is made up of 11 cantos or songs corresponding to the provisions of the Human Rights Declaration of the United Nations in 1948. Each provision is dramatized in the context of Philippine reality, interspersed with vignettes, choruses, dances and songs. Produced after the official end of martial law, this play’s highly improvisational treatment highlights the oppressive nature of the Marcos regime, including the kinds of torture perpetrated by the military.

This play comprises five scenes with a prologue and an epilogue. In one, a farmer and his brother, an urban worker, meet at the “Lakbayan” (People’s March), realizing that while their paths have been different, their sentiments have been the same. The second shows a Priest interrogating an Itawes woman who had been tortured and raped. The third scene shows a socialite preparing to leave for a street demonstration where she expects to confront the military. The fourth scene is a monologue of a wife on her way to identify the remains of her husband, a former student activist like herself. The fifth involves a policeman and a student he has arrested who share a common humanity.

Originally produced by Peta under the direction of Apo Chua, it has also been produced by other theater groups like Tanghalang Pilipino and Ateneo Entablado.

This one-act play won first prize in the CCP Literature Contest in 1987 and has been anthologized in “Telon: Mga Dula” of the Telon Playwrights Circle. While the main focus of the play is the purge that happened in the underground movement around 1986, the lead character (Fidel, an NPA cadre who is on disciplinary action) reminisces about his experiences, including details of his torture at the hands of the military.

Another play written and produced after the People Power Revolution, “Macli-ing” dramatizes the lives, beliefs and culture of the peoples of the Cordillera, particularly that of Macli-ing Dulag (played by Nanding Josef in the Peta production directed by Soxy Topacio). Dulag was killed for leading the opposition to the construction of the Chico River Dam. The play ends in a “bodong” (Cordillera peace pact) that culminates in a dance of war that denounces all forms of deception and divisiveness.