Artists on the verge of a nervous breakdown | Inquirer Lifestyle 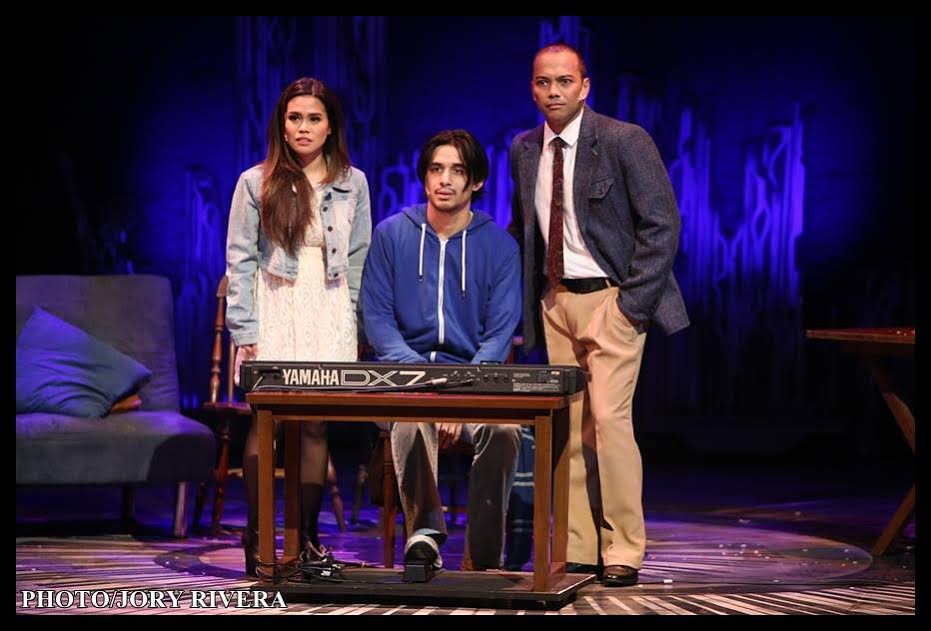 Artists on the verge of a nervous breakdown

Two productions uncannily share a similar thread: their respective protagonists fight for their love for the stage. Both have short, less-than-three-hours’ running time sans intermission. And the lead characters of both plays are in a race against time and their own mortality.

But while 9 Works Theatrical’s “Tick, Tick… Boom!” is a joyous journey of lows and highs, Egg Theater Company’s “Moliere PMS” is a sincere, impassioned outcry that unfortunately leaves the confused audience in a tangled mess.

“Tick, Tick… Boom!” is a musical biopic that shows the struggling years of Jonathan Larson, the composer/playwright who helped redefine the Broadway musical in the 1990’s. “Rent,” his magnum opus, has become one of the best-loved rock musicals; but more than 20 years ago, its searing and yet celebratory dissection of then taboo issues like homophobia, cultural diversity, and AIDS was a radical departure from the “safer” hit musicals that ran in New York.

In “Tick, Tick… Boom!”’s timeline, Larson, a few months short of his 30th birthday, is scared that he would live and die a failure. But this Robbie Guevara production, which banks on a more-than-capable three-person ensemble, is far from grim.

Larson’s own issues against aging, commercialism, the corporate mindset and “sellout” artists are softened by a light, bittersweet touch. Jef Flores’ younger Jon makes you believe in his seemingly impossible dream. Tanya Manalang as his girlfriend Susan, and Ariel Reonal as his best friend Michael, are more pragmatic, but their complex portrayals spare their characters any stereotyping.

Playing other assorted bit characters, Manalang and Reonal immerse you in Jon’s world. When a too-quick transition time takes a gender-bender twist, the ensuing laughter does not break the play’s stride, but keeps it moving along.

Neither is a knowledge of Larson and his “Rent” years necessary to appreciate this production. But seeing where the playwright got his ultimate—and unexpected—inspiration to create the play that would make him an immortal name is a stirring, powerful payoff.

Augmenting the entire experience is the little-known but affecting soundtrack. It definitely requires re-listening, as it sweeps you along to the tide of Jon’s burgeoning maturity from start to finish.

In “Moliere PMS,” the battle of theater artists to remain true  to themselves is staged within a context of the Manila theater scene. Alex, the award-winning playwright disheartened by the direction of the industry, has made Moliere his prominent banner of protest.

Said to be the world’s best satirist and comic dramatist, the French playwright was a passionate purist himself who would die for his art. Alex just might find himself following the same path literally.

Played with a sympathetic earnestness by Renante Bustamante, Alex is the lone holdout in a theater scene that is said to have sold its collective soul; he debates with his pragmatic best friend, actress Helen (Mayen Estañero), whether to stay in it or not. In director George de Jesus’ stream-of-consciousness arena, the two relive their memories and imagine probable scenarios resulting from Alex’s choices.

Selfie-driven, backstabbing artists; the security and comfort offered by Filipino-mounted foreign productions; handsome but dumb movie actors who disastrously dip their toe in theater—all these and more hover in the two characters’ minds, populating De Jesus’ fused adaptations of three Moliere plays, “The Imaginary Invalid,” “The Learned Ladies” and “The Misanthrope.”

Exaggeration becomes the order of the day for the hearty cast, but the staging and the script eventually leave the audience fumbling. The transitions often leave no distinction between the real and the imagined, the past and the present, the fictional and the real.

A few moving scenes drive home Alex’s love for his art, but the emotional plane unleashed by the incoherent proceedings threatens to make the entire play one angry rant. The ensemble themselves get drowned in the melee, though Bustamante and Estañero manage to remain on sensible, solid footing.

With illumination escaping the audience, the proverbial raging against the dying of the light loses a lot of its meaning. Alas.