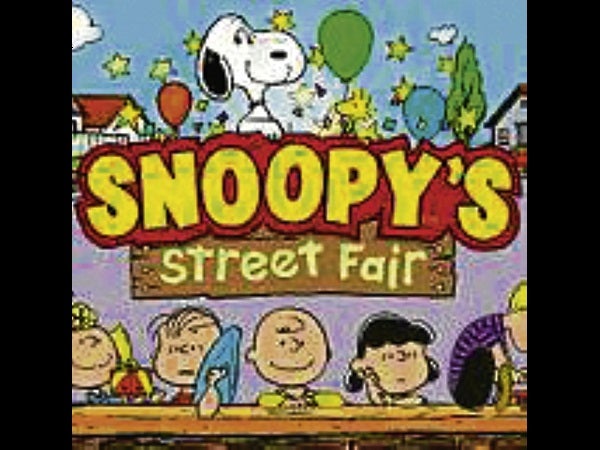 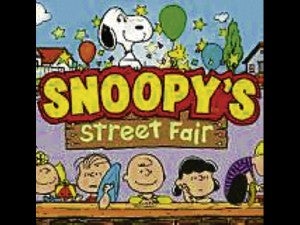 A friend would relate on Twitter how her kids are addicted to Smurfberries. An “A” in school was rewarded with berries, pocket money on a trip was not spent so it could be used to buy berries instead. I was getting curious about how yummy these berries must be, until I discovered that Smurfberries was the currency for a Smurfs game, and that you exchange real cash to get Smurfberries which you can only spend in the land of Smurfs.   That’s absurd, buying berries that you can’t even eat!

I would never be nuts enough to give away real money for Smurfberries—or any other freemium game that wants you to do.

Of course, that was until I came across Snoopy Street Fair.

The latest addition to a slew of freemium games (free downloads which require additional purchases once you start playing), Snoopy Street Fair is a gorgeously rendered game that takes you back to the world of the round-headed kid and his unusual dog (the beagle who does not look like a real beagle). 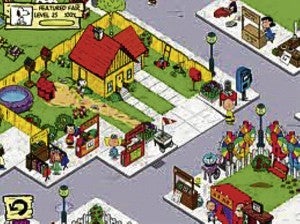 The gang has been invited to participate in a baseball tournament in New York, and in order to raise money for uniforms and incidentals, they hit upon the idea of setting up a street fair on the neighborhood sidewalks.  Some booths are manned by Sally, Linus, Schroeder, Lucy and Pigpen, while other fun, unmanned booths include regular carnival games like ring toss, guess the weight, spin wheels and of course, yummy treats like cotton candy carts, popcorn machines and hotdog stands are also present.

Don’t be fooled, setting up your street fair isn’t child’s play. Manned booths cost a lot of Snoopy dollars, and you can only earn two of these for every level up—the bastards behind the game really want you to fork over cash to buy more Snoopy dollars.  I haven’t caved in… yet. 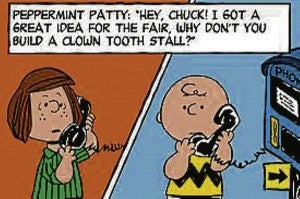 Other add-ons make the game exciting, like Peppermint Patty’s to-do list of achievements, e.g. you get a medal for playing the game for five consecutive days, another for building a pond or installing a backyard pool. And of course, the adorable Snoopy makes his star appearance by snoring occasionally from his perch on the roof of his red dog house, and dancing ecstatically when you collect costumes for him.

The game also has a social component by letting you add friends on Facebook and Game Center. You can send gifts to friends, visit their fairs and trade cards.  Another bonus is the game’s interactive arm.  The photo booth lets you take “Snoopy snaps” where you can take a photo of yourself posing with Snoopy and the gang in different templates, and you can send richly drawn e-cards from the app.

If you love games like FarmVille, Smurfs or Tiny Tower, then this little gem is a must-have in your app roster. Snoopy fans will love hanging out with the Peanuts gang, you’ll be happy to see that the kids are still autonomous and Charlie Brown is still his morose little self. If you happen to be busy, stay away from this game, because it is downright addictive.  You won’t know what hit you.

Snoopy Street Fair is free on the App Store and compatible with all iOS devices.