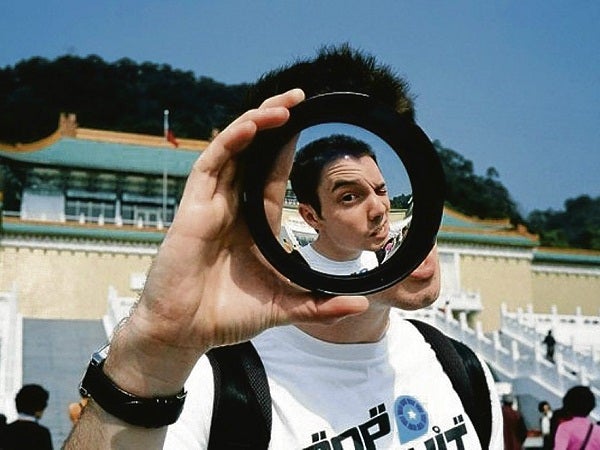 Why Oli Pettigrew has a winning ‘TV personality’ 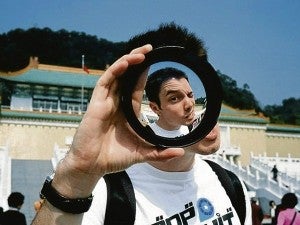 It was on the night that Joey Mead and Ian King were married in Manila that I run into a celebrity I was such a fan of. The said celebrity, however, is not from the Philippines, but is based in Singapore. The funny part is that he has more Filipino fans than Singaporeans. Confusing.

So, I gathered enough courage to approach him and ask for an interview. He said yes, not knowing that Marc Nelson and Joey Mead had told him about my reputation. At this point I was afraid to ask what kind of reputation, but at least I got an interview.

Are you guys familiar with AXN’s “Cash Cab”? How about the Sony Lifestyle TV Magazine show on the same channel? Other than Sony Lifestyle and “Cash Cab,” he also does “E-pass,” which makes fun of movies, and he’s one of the HBO veejays who introduce the movies.

Pinoys say Oli Pettigrew looks like Dingdong Dantes, but to me, he looks more like the love child of Josh Duhamel and Ronan Keating, if they did have a child (is that even possible?).

The next day, when the hangover of the night before had subsided, I went to Ian and Joey’s abode to interview Oli. I was greeted by a boyish English smile, Oli in a red-checkered shirt. Little did Oli know that I was more than a fan; I was a web stalker. Not only did I watch all his shows; I knew his Twitter account before he even mentioned it to me. 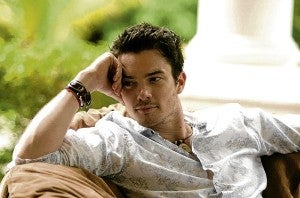 I originally just wanted an interview, but changed my mind and decided to videotape the interview for my podcast: Adventures Behind My Lens (http://adventuresbehindmylens.com), which you can watch later on.

I found out how difficult it was to interview a seasoned host even before I started rolling the camera. Good thing Oli was forgiving of my attempt to become a host, and he even helped me start it right.

As of this interview, he had just finished a week of shooting in the Philippines for the Sony Lifestyle show. I asked which of the experiences in Manila was unforgettable for him, and he quickly replied, the traffic and Hobbit House. The traffic I understood, as Singapore is so organized, but Hobbit House? Maybe he was a fan of “Lord of the Rings” or he had never seen a hobbit before. But what’s important is that he is featuring the Philippines this time, and I am curious as to how it turns out.

Did you know that Oli married his wife Lynda on the shores of Boracay? I was expecting a romantic reply as to why they chose Boracay, but got an unexpected answer: “Cause Joey Mead said so.” Well, Oli has this close friendship with Joey Mead, Marc Nelson, and all of the Aussie gang here in the Philippines. They have even formed a so-called group of collective hosts that market themselves in Singapore, and now here in Manila. 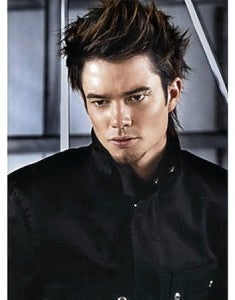 Despite Oli’s numerous shows on Singapore cable, he has not yet landed an endorsement. So he is trying it out here in the land of popularity, Manila.

During the interview, I surprised him with some questions that I had in my head, but pretended to read from a piece of paper I saw lying around. He was impressed at the  questions I asked, not remembering I had the same conversation with him the night before, but under the influence of tequila. Here are some of the questions I threw.

Who is Oli Pettigrew?

When you Google predict my name, the word “gay” comes out. In fact, the first thing you might find is a gay blog that says, “Buy now, gay later.”

Well, are you gay?

Sad to say, I am not, although some of the e-mails I get from male admirers hope I am. I am happily married to my wife Lynda, and we were married here in Boracay!

Born in Hong Kong, works in Singapore, and married in the Philippines—why? 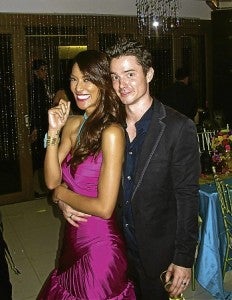 (The most admirable part is that he remembers both important dates of their marriage, the Boracay ceremony and the legal one. Most men are challenged when it comes to things like this.)

You look and sound exactly as you do on television. You just scored brownie points with that.

Huh? Why is that? That’s the biggest compliment anyone can give me. When people say that, I feel good. I try to be as genuine as possible. I try not act cool, I try to be myself as much as I can, have fun. That way I can connect with people. That connection is what I call a TV personality.

They say you have the sign of 666 on your head. Is this true?

People say that if you or your family go to a country, something catastrophic happens.

(You should have seen the surprise on his face.)

Oh, my, who told you that? Well, yes, that’s true. When one of us is born or is assigned to a country, something bad happens to that country, and we become some sort of harbingers of doom. I come from a British family, and it started when my great grandfather was born in Russia, then the fall of the Czar happened. My grandfather was in the British army in Persia when the Iran-Iraq conflict first broke out; my father was assigned in India when Pakistan and India started their conflict; I was born in Hong Kong then the British returned Hong Kong to China. I am waiting to see what effect my son will have on Singapore. Now I am waiting for Hollywood to make us a movie, “The Pettigrews.” 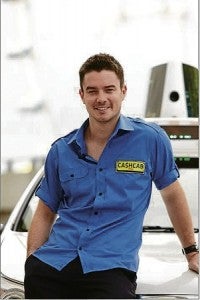 So how many Filipino followers do you have on your Facebook page?

Approximately 2,000 of my 5,500 plus followers. More than the Singaporean followers.

Alas, Joey and the gang had to leave for a dinner that Tim Yap was hosting, so like all good things, this conversation came to an end when Lynda came and sort of reminded him of the dinner. I wish you all could have personally experienced his contagious energy and charm. But wait—yes you can, just download my podcast of him: Adventures Behind My Lens, http://adventuresbehindmylens.com.

I know we will be seeing more of Oli in the future via AXN, or who knows, maybe right here in the Philippines. But I know one thing for sure: When I get to be in that cab when he drives “Cash Cab,” I will pressure him to give me an easy time so I can win all the cash!