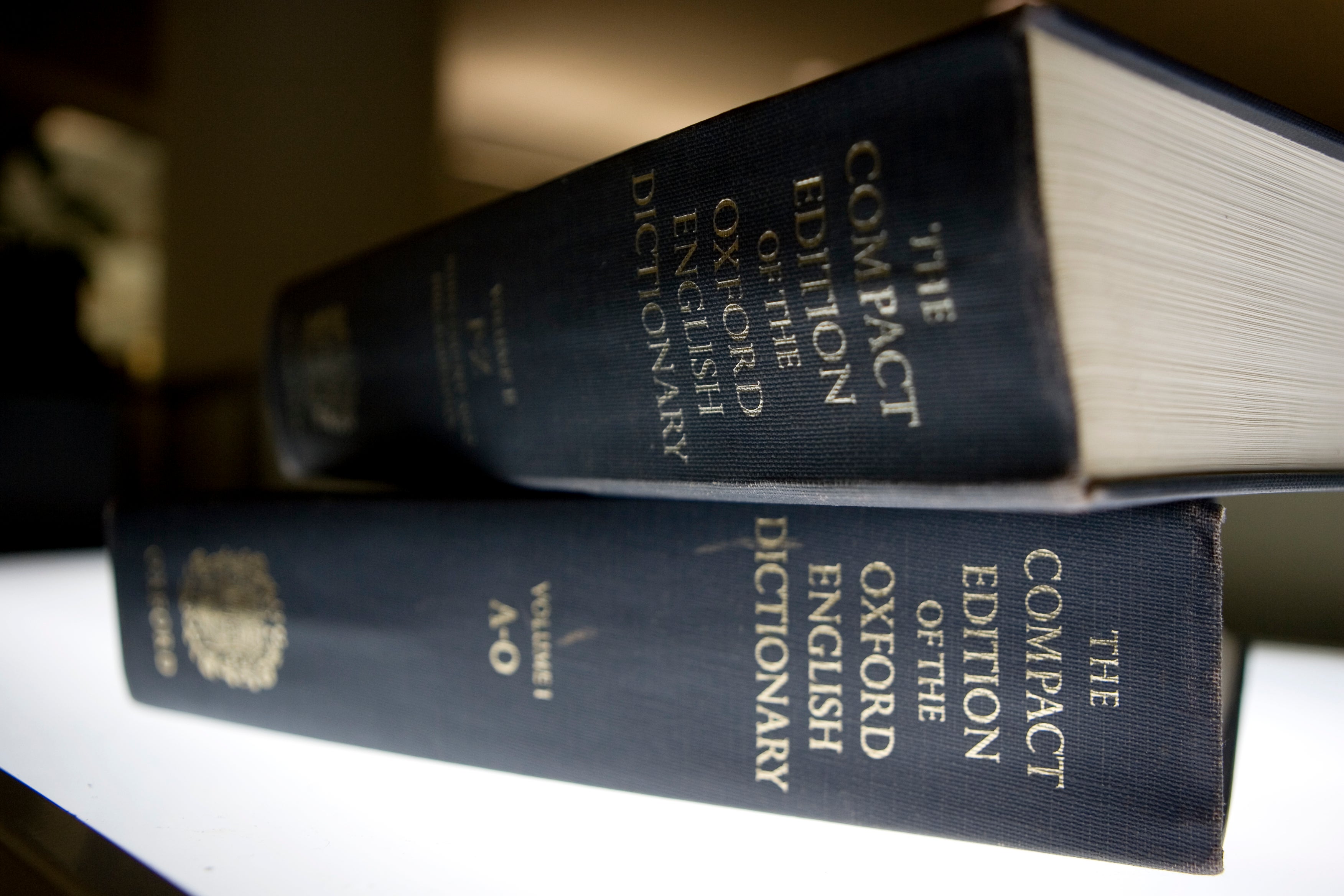 FILE- In this Sunday, Aug. 29, 2010 file photo, an Oxford English Dictionary is shown at the headquarters of the Associated Press in New York. Oxford Dictionaries said Wednesday, Nov. 16, 2016 that editors have chosen their word of the year: "post-truth," a term sometimes used to describe the current political climate. (AP Photo/Caleb Jones, File)

Oxford Dictionaries said Wednesday that use of the term rose 2,000 percent between 2015 and 2016, often in discussions of Britain’s decision to leave the European Union and the campaign of U.S. President-elect Donald Trump.

It’s often used in the phrase “post-truth politics” and is defined as belonging to a time in which truth has become irrelevant.

Each year, Oxford University Press tracks how the English language is changing and chooses a word that reflects the mood of the year.

Runners-up for 2016 include “Brexiteer,” an advocate of the U.K. leaving the EU; the extreme conservative movement known as the “alt-right”; and “hygge,” the Danish concept of domestic coziness. CBB

‘Soirée’ is word of the day at Inquirer forum