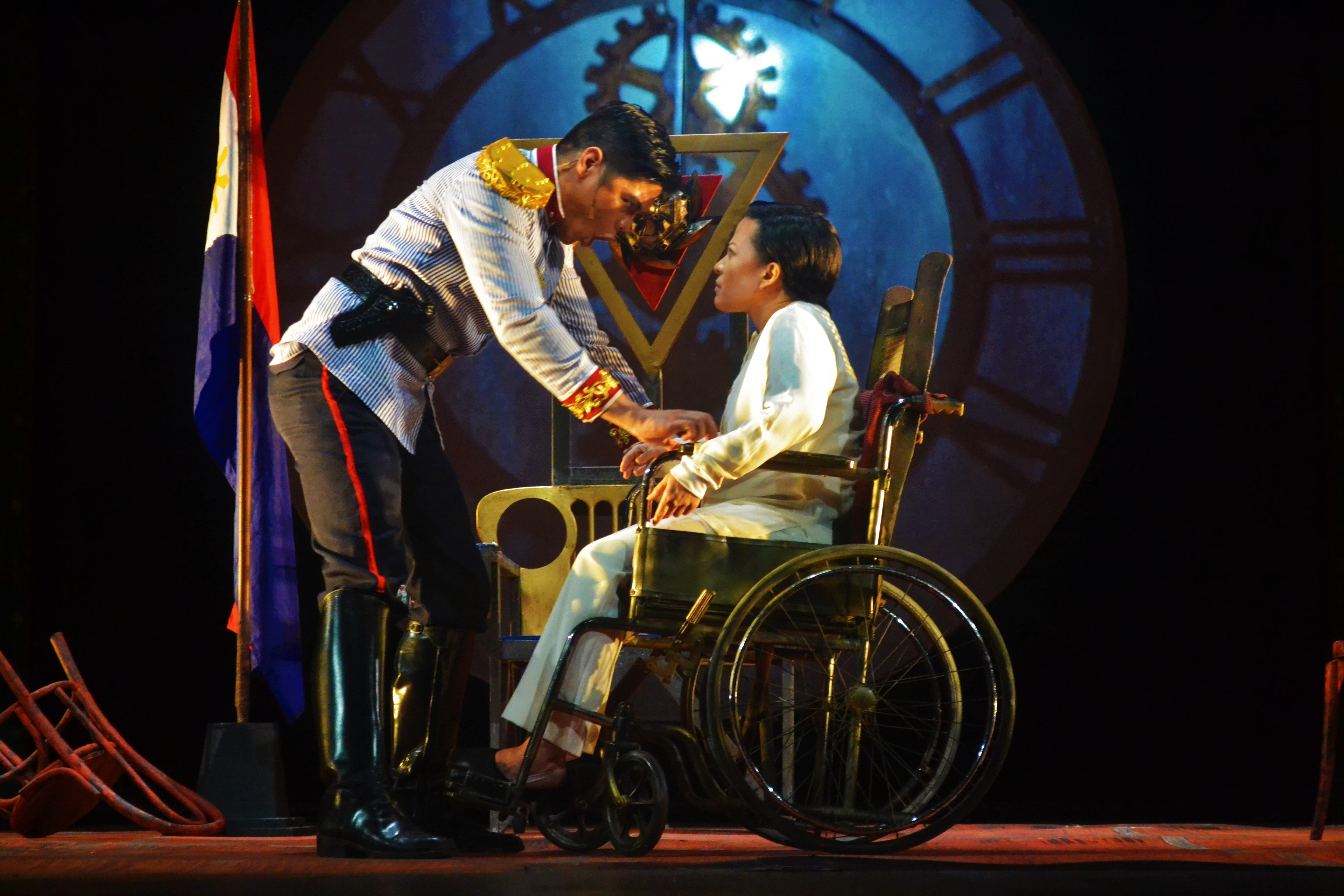 Tanghalang Pilipino on its 30th theatrical season for its mid-season offering presents the re-staging of the acclaimed and much-awarded “Mabining Mandirigma”, a steampunk musical, this December.

A musical production about the life and legacy of Apolinario Mabini—with libretto by Nicanor Tiongson, music by Joed Balsamo and direction by Chris Millado—“Mabining Mandirigma” was the most-honored production in this year’s Gawad Buhay Awards with 12 awards, including Outstanding Musical (Original or Translation/Adaptation), plus nods for its actors Delphine Buencamino and Antonio Ferrer, the set design by Toym Imao, costumes by James Reyes, choreography by Denisa Reyes, and a number of other technical achievements.

“Mabining Mandirigma” was first staged in July in 2015. It had its second re-staging in February to March this year with A-list actress and Gawad Buhay awardee Liesl Batucan in the lead role.

“Mabining Mandirigma” is the first in Philippine theater to have a woman play the role of Apolinario Mabini. “The play is about a great man, Apolinario Mabini, with a vision and mission for a free and united Filipino people, which were not realized during his time, and which remain to be an elusive dream until now,” says TP’s Artistic Director, Nanding Josef.

It is a steampunk musical foregrounding the intellectual heroism of Apolinario Mabini, who in the second phase of Philippine revolution, displayed an uncommon vision, a warrior’s spirit, and a principled revolution, as he struggled against all odds to enjoin his countrymen to go beyond considerations of class, clan, economic gain, and personal ambition, so they could think and act as citizens of one nation.

Steampunk is incorporated in the production to make it appeal to contemporary audiences. It repurposes the expressions of the Victorian era and engages them with the current. “The production repurposes the politics and aesthetics of turn of the century Philippines and engages it with current notions and issues”, says director Chris Millado.

Mr. Millado adds, “What new meanings will come forth as Mabini’s life and times collide with the restlessness of the present? How can Pure Reason stand up against Brute Power? This is what propels Mabining Mandirigma.”

The musical runs at Tanghalang Aurelio Tolentino (CCP Little Theater) starting on December 2 until December 18, with performances on Fridays at 8 pm, Saturdays at 3 pm and 8 pm and Sundays at 3 pm. Totel V. de Jesus