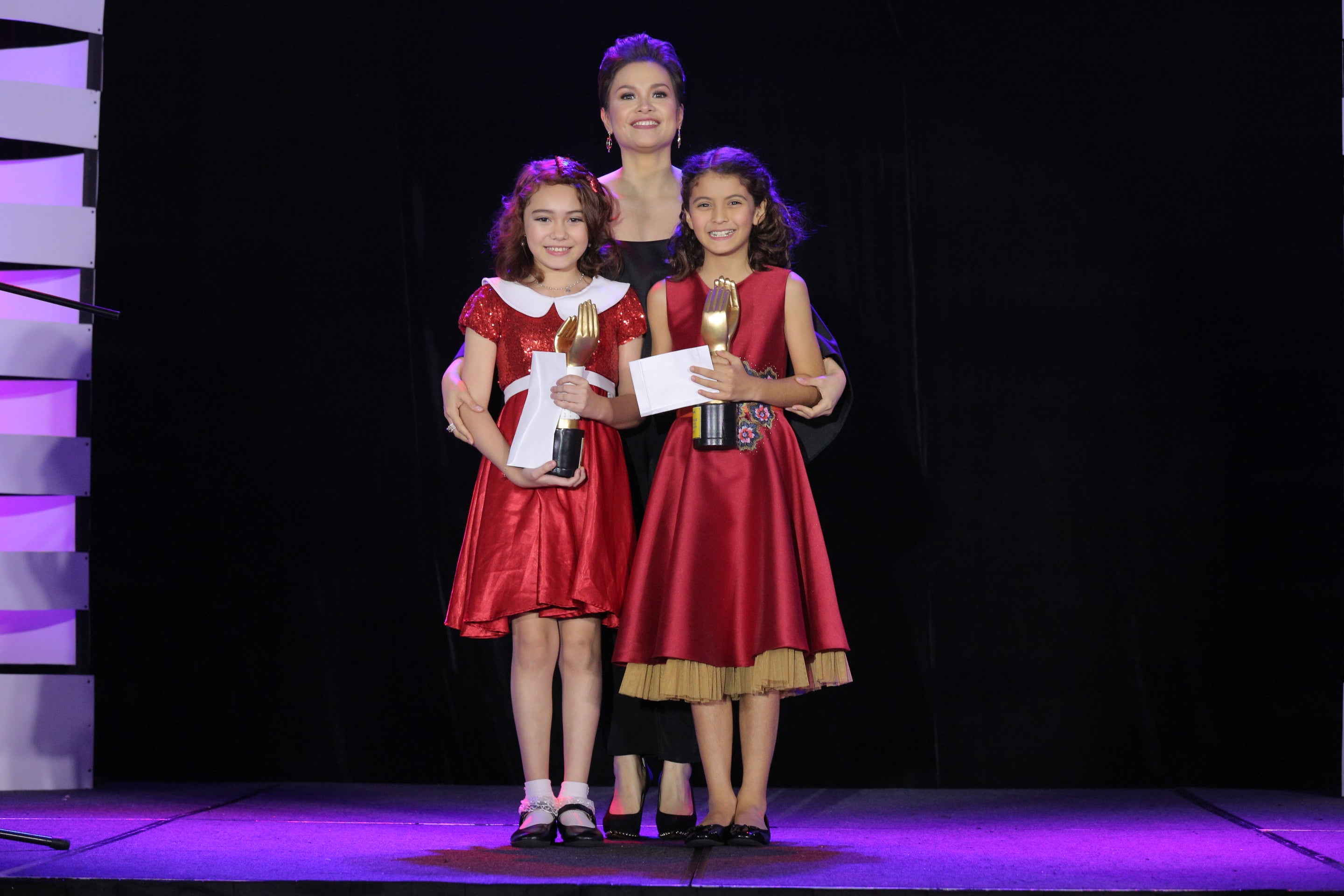 (UPDATE) It was a sight that would make them sing for many bright tomorrows.

The two young lead stars of the ongoing “Annie the musical” at Resorts World Manila met the original Annie during the recent 29th Aliw Awards.

Krystal Brimner and Isabeli Araneta-Elizalde were awardees for their title roles in “Annie,” which is Resorts World Manila’s 7th production since it started staging musicals.

These two new darlings of the stage posed with Miss Lea Salonga, the original 1980s “Annie”, as they accepted their awards for “Discoveries of the Year” during the Awit awarding ceremonies held at Dusit Hotel, Makati.  The night, Miss Salonga was given “Entertainer of the Year” award.