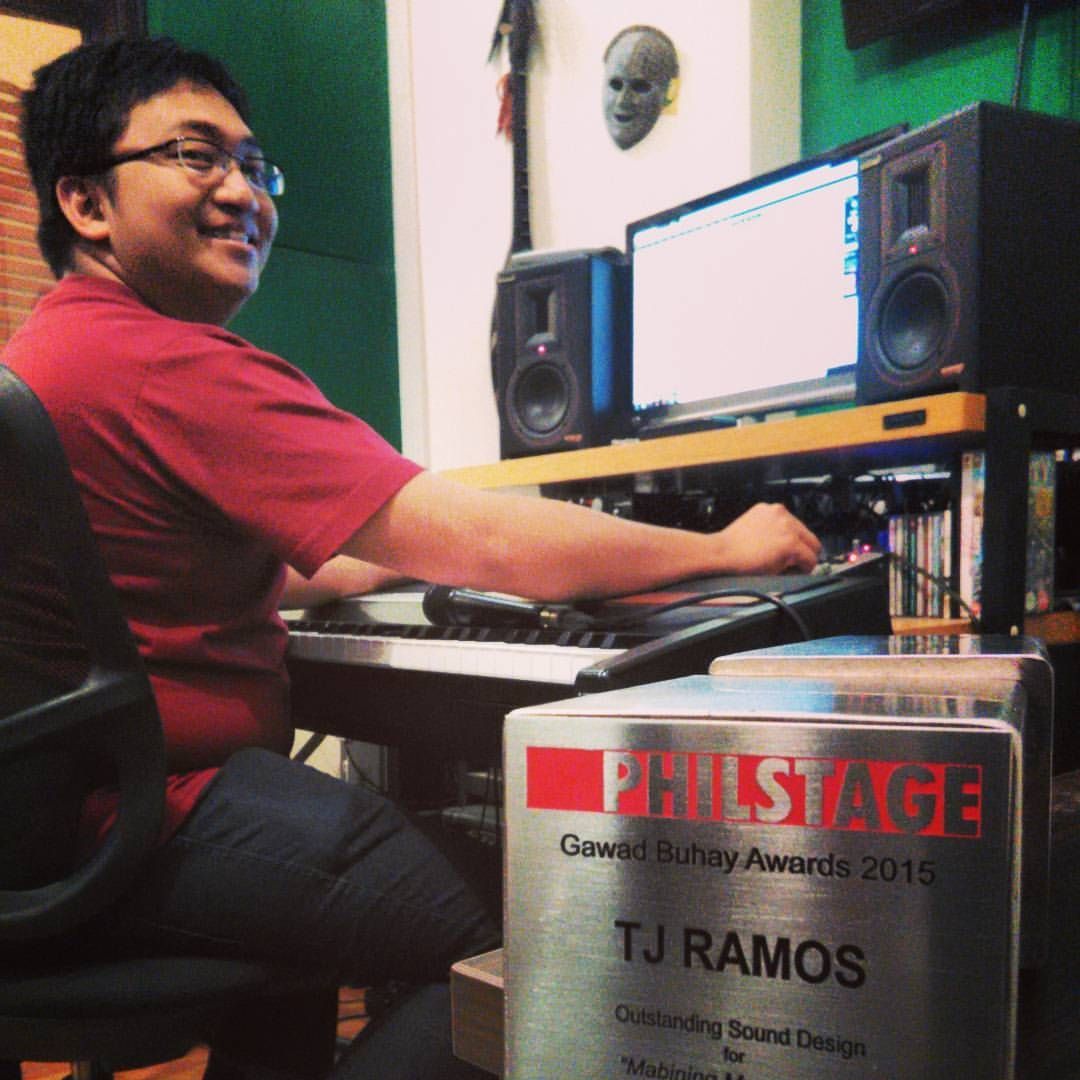 Another winner was the sound design by TJ Ramos.

“The steampunk sound references industrial elements that work using steam—metals clanging, gears ticking, etc. Majority of the sound design and even the music arrangement [for ‘Mabining Mandirigma’] was based on that idea,” says Ramos.

He crafted the musical’s sound “personality” by watching and listening to movies like “The League of Extraordinary Gentlemen” and “Back to the Future 3.”

What exactly is sound design? “It’s the overall aural elements of a production,” he says.

And a sound designer? “Think of it as being the director for the ‘sounds.’ Whether for a musical, dance or play, aside from creating music and sound effects for the scenes, you also consider the space. Where is the sound coming from? Offstage? Behind a set piece? The audience area? It adds another dimension to the sound narrative of the production.”

Ramos says this is why sound designers also work on the sound equipment’s setup such as microphones’ and speakers’ positions on stage and around the theater. “Sound designers manipulate all these elements to create a holistic aural experience based on what’s needed by the script and the staging.”

Ramos begins work on a show by listing down the sound effects as he reads the script. He then makes studies or samples.

“Then it’s constant correspondence with the director, the actors, the stage manager,” he says. “Theater is a collaborative process. Aside from my own ideas, I absorb suggestions from everyone involved.”

He fine-tunes the sound units as he attends rehearsals: “Once we enter the theater for technical week, that’s when I execute the sound system set-up.”

Ramos didn’t even know what sound designing was when he was studying music production at De La Salle-College of Saint Benilde. On his senior year, he got composer Joed Balsamo as his on-the-job-training adviser.

Ramos recalls: “He asked me to do the music and sound cues of the Virgin Labfest. Little did I know that I was supposed to create music and sound effect cues for all 15 plays all at the same time!”

After his baptism of fire, Ramos credits sound designer Jethro Joaquin for mentoring him further: “He’d let me design some of his cues. Eventually, he gave me my own productions to design.”

Ramos has gone on to win Outstanding Sound Design nods from Philstage Gawad Buhay for other shows such as “Encantada,” “Stageshow” and “Der Kaufmann.” —CONTRIBUTED