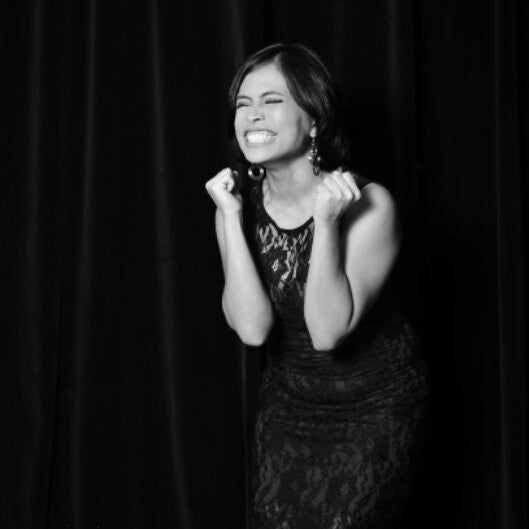 Hazel Grace Maranan: “My main challenge is how to tell the story of Mabini truthfully.” —PHOTO BY PAW MALLARI CASTILLO

When young actress Hazel Grace Maranan was invited to join the cast of Tanghalang Pilipino’s (TP) “Mabining Mandirigma,” the play’s director Chris Millado, musical director-composer Jed Balsamo, TP artistic director Nanding Josef and the rest of TP actors’ company had no idea that she is a descendant of the musical’s subject, the hero Apolinario Mabini.

“I was in elementary when I found out from my aunties and cousins in Batangas. I also remembered asking my lolo if it was true, and he confirmed it,” she says. Though she grew up in Manila, her father is from Cuenca, Batangas.

Being part of “Mabining Mandirigma”—a musical that explores Mabini’s central role in the formation of the first Philippine Republic under Emilio Aguinaldo, and notably casts a female actor in the part—thus fills her with pride.

“Having known Mabini better, and his huge contribution to the revolution and independence of the Philippines, makes me even more proud to be his descendant,” she says.

“We learned she was a descendant only after we had decided on her as the understudy for Mabini,” says Millado. The part had previously been played by Delphine Buencamino, and currently by Liesl Batucan.

Understudies don’t normally get to step into the part unless the main actor is unable to perform. But TP has decided to give Maranan her own show dates; she will play Mabini at
3 p.m. matinee performances today (Dec. 10) and next Saturday (Dec. 17), with possibly one more show in the evening.

From ensemble to lead

Maranan was able to join the musical’s second staging only in February-March this year because she was doing another show in Singapore during the original run in July last year. For the rerun, she was part of the ensemble and was given the role of Gen. William Howard Taft (the American colonizers are all played by women).

It was Batucan, also TP’s associate artistic director, who pushed the idea that Maranan should be given a chance to play the part. Though she had hurdled all 20 performances of the grueling role during the second run, Batucan felt it was time for Maranan to shine. Also, she could use some breathing space, since on weekends the musical has afternoon and evening performances.

Maranan is not new to doing musicals with TP. After studying theater arts at the University of the Philippines and doing plays with Dulaang UP, Maranan played Oryol and Onglo in TP’s “Ibalong: The Musical” for its runs in Legaspi City and at the Cultural Center of the Philippines Little Theater. She also played Diwata in “Sandosenang Sapatos” and was part of the ensemble in “Kleptomaniacs,” “Walang Sugat” and “Noli Me Tangere.”

Though she’s confident she has done her homework on her lolo, Maranan says the pressure is still immense—“because of the gravity of preparation and work I need to do in the play.

“Liesl’s Mabini is so human and truthful,” she adds. “So I feel the pressure to give justice to the role—so help me God. Thinking now of the show, I already feel nervous, because, unlike an alternate, an understudy doesn’t get to rehearse unless the main actor is absent. My main challenge is how to tell the story of Mabini truthfully.”

Her message to millennials who she believes must watch “Mabining Mandirigma”: “Spend time to know your roots, know your history. Because only by doing so can we appreciate the freedom we are experiencing today, and develop a deep sense of pride in our country.” —CONTRIBUTED