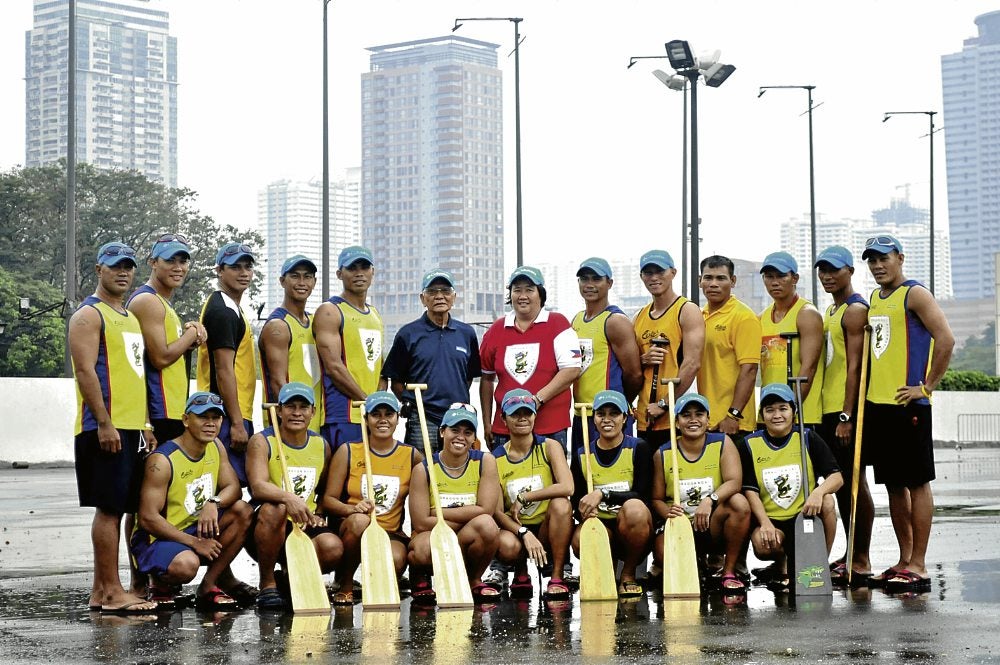 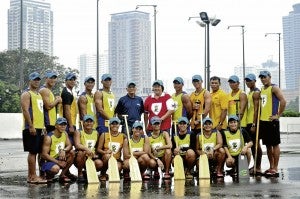 She’s late bloomer. Well, sort of. She was 28 when she tried out for the Philippine Dragon Boat team. She wasn’t even hoping to snag the position as paddler in the team. She just wanted to see what it was like. But she did it, clocking in an impressive 4:16 minutes for the 300-m distance.

That was in June this year, when the team was about to train for the 10th International Dragon Boat Federation World Championship in Tampa Bay, Florida. Thea Bartolome, a sales executive, found herself getting up at 4 a.m. for training—six days a week. Some days she, with the team, had to train twice, thrice and even four times a day.

“I had to file a leave of absence from work,” Bartolome recalls, laughing.

Every morning the team ran, then hit the gym to lift weights. They also had calisthenics training and water training where they paddled for two to three hours. As the competition drew closer, Bartolome said the training grew harder and harder.

At some point, she confessed, she had to shrug off her worries for her growing biceps. As she got leaner and leaner, and stronger, she also gained muscle weight. Even for someone who’s used to paddling and rowing—she has been a member of a club team since 2002—Bartolome said she had never seen her biceps grow that much.

“But that’s okay. It’s all part of achieving a goal, a glory for the country. Besides, the muscles go back to normal size during off-training season,” she says.

Team Captain Usman Anterola agrees, laughing along with Bartolome. He himself puts on up to six kilos of muscle during rigorous training, and gradually drops back to his regular 72 kilos after competition.

“I run at 6 a.m., lift weights at 8 a.m., then swim, then about an hour-and-a-half of pool training with a small boat, and then run again. That’s not counting the times when we actually train in the boat. It takes a lot of hard work and discipline,” says Anterola. 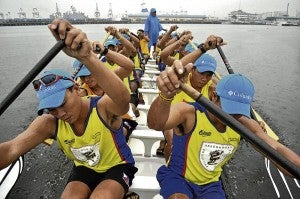 As a sergeant in the Philippine Army, Anterola is no stranger to hard training. The Philippine Dragon Boat team, in fact, is composed mostly of military men from the Army, Air Force and Navy.

Air Force’s Ma. Ailene Padrones joined the team in 1999 when she was 19. Prior to that, she had no background in sports at all.

“It was something I wanted to learn. I was curious, I stayed on and up to this day I’m still here,” she says.

It was a sport that quickly grew on her. So when Padrones learned she could continue training and earn a modest salary if she joined the military, she immediately signed up with the Air Force. No regrets since, she says.

“I’m very proud of what we’re doing. Each time we win it’s another victory for the country.”

Steersman Ruperto Sabijon, a retired navy man, has been paddling since 1991. At that time he didn’t even know how to swim. He’s been witness to how the dragon boat has grown from a virtually unknown sport in the country to a team reaping international golds and fame. It was in 1997, he says, when the team opened slots for women so it could join in the mixed events.

As steersman, Sabijon is responsible for determining the wind direction, depth and current, as well as the salinity of the water. The seawater’s buoyancy, for instance, makes paddling lighter compared to fresh water, which is heavy.

“There is a difference between a paddler and a rower. A paddler is what you see here. Rowing is sculling,” says head coach and technical director Nestor Ilagan.

Depending on where the competition will be held, the Philippine Dragon Boat team will train anywhere—from La Mesa Dam to rivers in Taytay to the coastal waters of Roxas Boulevard.

The drummer, assistant coach Annabelle Tario, is the extension of the coach, says Ilagan. She is keenly aware of the distance and sets the pace, from start to a winning finish.

“There’s a strategy there,” Ilagan says, who then explains off-the-record the many tricks of the team’s drummer. “You have to be creative and you must think fast. This is a very critical role in the sport.”

When the team took home the gold in Prague in 2009, they finished the 200-m event (standard boat) in 40.2 seconds. A record, says Ilagan, that has yet to be broken. In Sydney, Australia, they clocked in at 41.91 seconds in the same event. Ilagan says his team is now aiming for 38-39 seconds in the coming Asian Games.

Lastly, the gold medal they bagged in the 1,000-m small-boat event in Tampa Bay, Florida, in August this year, set a new world record with a time of 4:57 minutes.

It was a sweet triumph—especially when news broke out that the Philippine Sports Commission and the Philippine Olympic Committee did not recognize the Philippine Dragon Boat team as the country’s official representatives to the event. But who needed the blessing of bureaucrats when these athletes showed one and all that they could with their heart, hard work and skill?