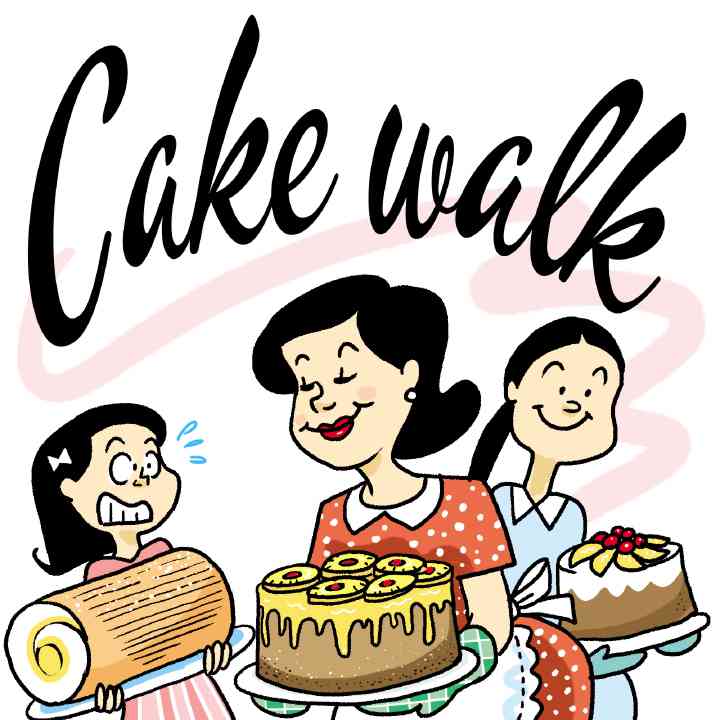 My mother’s ‘brazo de Mercedes’ was more the size of a thigh, a huge roll of white meringue with a delicious golden yellow yolk filling, sinful as hell

I still remember when there were no bakeshops where one could order personalized cakes. It was the late ’40s and right after WWII. The fashion was for housewives who did fancy cooking to make it their “home industry.” If I remember right, there was “Mrs. Esteban’s delicious bibingka malagkit” that one had to pick up from some gated subdivision. And then there was Mrs. Cordero’s (my mother’s) brazo de Mercedes or “arm of our Lady of Mercy,” a dessert that dates back to when the Philippines was a Spanish colony although the dessert is uniquely Filipino.

Mother’s, though, was more the size of a thigh, a huge roll of white meringue with a delicious golden yellow yolk filling, sinful as hell. Of course, she immediately taught it to our talented cook, Bibiana, who did all the work.

I considered it a mortification to be a teenager in the late ’40s since all the gifts I brought to birthday parties had to be cake. My mother would not bother to buy anything else. Little did I know how much the recipients appreciated her sponge cake, pineapple upside-down cake, butter cake with meringue filling and a “Mary Ann cake” from some American cookbook. (Mary Ann was baked in a special pan with a recessed middle and a high cake rim where a mélange of canned peaches, pears and maraschino cherries nestled.)

Mother’s pili cake with a grated pineapple filling was a variation of Dobos torte in Betty Crocker’s cookbook. The word dobos means “like a drum” in Hungarian. This cake, however, is named after the Hungarian pastry chef Josef Dobos (Google). There is no copyright on recipes. You added an ingredient and it was yours. So my mother’s pili cake was never Mr. Dobos’, it was always Mrs. Cordero’s “Pili Delight.”

On Christmas Eve, our children would be gently shaken awake by their father for the midnight Mass and the media noche with the Fernandos. On their table would invariably be an old-fashioned chicken soup with fideos (vermicelli noodles) with bits of liver and gizzards.

The much-awaited tamales Cavite was not one of those white, smoothie types but a rich reddish brown, rough on the tongue, being almost all ground peanuts. It was topped with a generous slice of ham, slices of chicken and hard-boiled egg wrapped in banana leaf.

Our thin-crust empanada had fresh crab meat with bits of its own coral, chopped green olives and capers inside. (The cook, Veronica, ran away with the recipe to America.)

Galantina was ground pork mixed with green olives, Morton, Cross and Blackwell sausage and slices of hard-boiled egg stuffed in the deboned chicken. It was always served with black olives.

Other standards were a big communal ensaymada, (not the small individual-size servings of today); a red-tinned rotund queso de bola, moist and sharp; and a steamy, freshly made cup of tsokolate eh.

On Christmas we ate with my in-laws in the Taft Avenue dining room which had a belen display, surrounded by Tia Nina’s flourishing dapo and star lanterns. My sister-in-law Nic’s charming belen tableau grew every year with additional characters and animals (more sheep, five angels, etc). Later on we changed it to a live belen with the youngest baby in the family as the Infant Jesus.

The Fernandos were great gourmets but lacked the art with which food was served. I missed the bone china and lace tablecloths of my parental home.

The Fernando family must have been natural gourmets because my husband’s earliest memories (’30s) were invariably of food. How their ma and pa would come home late at night and wake them up to eat chicken asparagus salad sandwiches with hand-beaten mayonnaise (then a novelty) bought from Legaspi Landing, an eating place. How they would go to Manila Hotel just to drink fresh milk. How they would pack their supper and drive to the boulevard, park the car and have a picnic on the sea wall.

They are all long gone now, my gourmet in-laws and even my own husband. My children are all retired adults with their own families and their own newer food memories. We just have to treasure our own memories and one of mine is of Cavite tamales which we make this time of year and must never forget.

Here is the recipe, a gift to my readers who may love to cook or eat.

Heat the corn oil to brown the macerated garlic. Put in the ground peanuts, breadcrumbs and chicken broth. Season with the salt and sugar and color with achuete water.

Keep stirring until peanuts and breadcrumbs are cooked (which means they no longer stick to the pan). Put about 3 tablespoons of the mixture per piece with toppings. Wrap individually in banana leaf. Make a lot as all your children are sure to ask for dozens to take home.