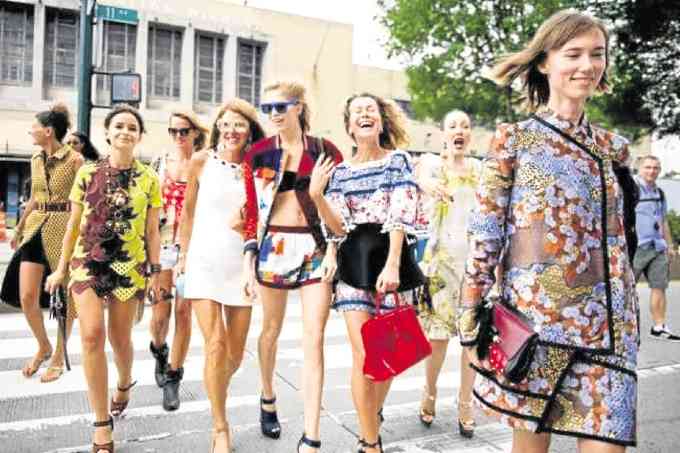 The Vogue team got catty.

What an exciting time to be alive! I say that despite all the lows we’ve had in the year that was—2016 may not have been the perfect year, but it definitely was a thrilling one.

In fashion, there have been moments impossible to leave and forget. I’ve noted five of them, but given all the unpredictable things coming out in the industry, there are more than a handful to remember.

The legendary Vogue usually comes to mind as a fashion authority, but for some of us snooping around the news, the magazine is remembered for its slip-ups this year.

A label that’s supposed to support people in the fashion industry, Vogue pandered to elitism as it unapologetically talked down to fashion bloggers, labeling them “sad” and “pathetic” for wearing sponsored clothes. Of course, bloggers weren’t without recourse. BryanBoy and SusieBubble were among those who called out the hypocrisy, and rightfully so.

Fast-fashion behemoth Zara is usually preferred by casual-loving folk, but there have been doubts since it allegedly ripped off LA-based artist Tuesday Bassen.

A lawsuit was filed against Zara following claims of stealing Bassen’s designs. The Spanish retail brand said it wasn’t simply because she was unpopular (only 90,000 Instagram followers) according to perception. Another artist, Adam J. Kurtz, supported Bassen’s claims, and since the massive media uproar, Zara has pulled the relevant items off its shelves.

The future is all about embracing change, and for Louis Vuitton, a fashion house strong on tradition, to take a step forward by adopting gender neutrality in its campaigns is impressive.

This year, all heads turned when it released the Series 4 Womenswear Campaign and spotted a familiar male: Jaden Smith. The 18-year-old celebrity son of Will and Jada Pinkett-Smith was seen sporting a skirt and posing inconspicuously with female models. It’s a great message for boys—and girls, too.

It seems as if there’s no limit to Karl Lagerfeld’s imagination. The designer recently staged a show in Cuba, along Havana’s Paseo del Prado, and presented Chanel’s Cruise 2017 collection.

As with his previous shows, the event was a colorful, cultural spectacle. From the printed vintage dresses to the sequined berets, the collection and show showcased Cuba. Only this time, the place was populated by Lagerfeld’s top models like Gisele Bündchen and Kendall Jenner, actress Tilda Swinton, and more.

While not a moment but a series of events, celebrity collaborations have become all the rage this 2016. I’m talking about dynamic styles brought by partnerships between stars and labels like Rihanna and Puma, Gigi Hadid and Tommy Hilfiger, and Rihanna and Manolo Blahnik (yes, she’s had more than one).

Just like makeup collaborations, fashions born from two known minds—and the hardworking team behind them—are usually the start of something revolutionary.