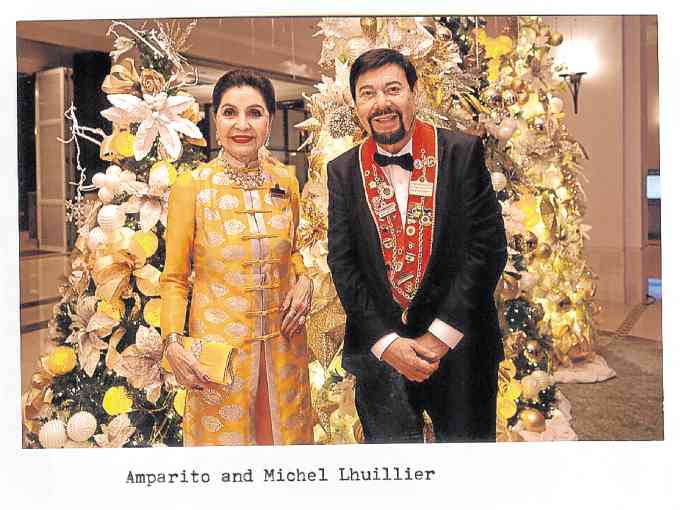 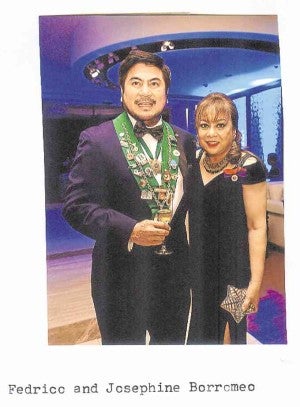 An Evening with the Stars” was the theme of the recent anniversary gala of La Chaine des Rotisseurs in Cebu, held at Mactan Ballroom of Shangri-La’s Mactan Resort and Spa.

Guests were warmly welcomed at the resort’s foyer by La Chaine’s Baili Delegue for the Philippines Michel Lhuillier, honorary consul of France in the Visayas, and his wife Amparito Llamas Lhuillier, Baili de Cebu.

With them were the Shangri-La Mactan’s general manager Rene Egle and his wife Nelly, as well as communications director Cassandra Cuevas, director of sales Natalia Zotova and resident manager Gwendolyn de la Cruz.

Guests stood close to the entrance, the better to see the arrivals, for this was a veritable fashion show. Drawing her share of oohs and ahs was Rosebud Sala in black lace over flesh silk by Cary Santiago.

Bubbling champagne and delicious canapes were served before everyone was asked to drift down the staircase that leads to the ballroom. From Manila had come Baili de Manille Federico Borroneo with his wife Josephine, and Marietta Guanzon Holmgren. From Swirtzerland were August and Elizabeth Meierhofer-Ledesma. 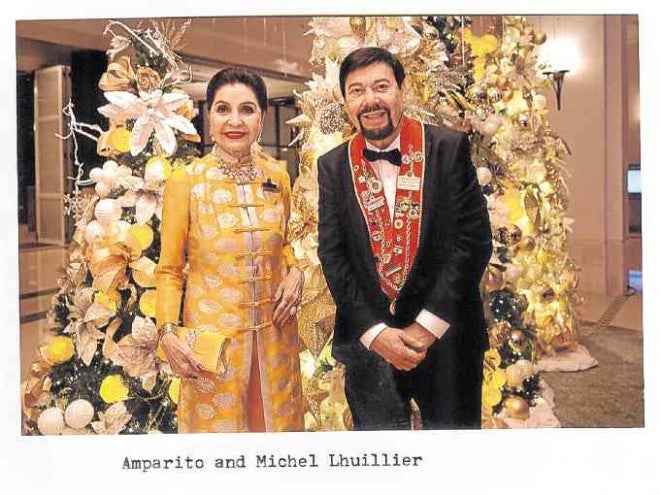 An ensemble from the Strings Edition began a program of classical numbers that lasted all night. At various points they were warmly applauded, specially for Mozart’s “A Little Night Music” and the bouncy “Syncopated Clock” by Leroy Anderson.

Among those seated with Michel and Amparito Lhuillier were members of the board Teresin Mendezona and Dr. Vivina Yrastorza, Angie Mathieu, Mickey Paulson, Hans Eulenhoefer and US consular agent Glenn Loop with his wife Honey. 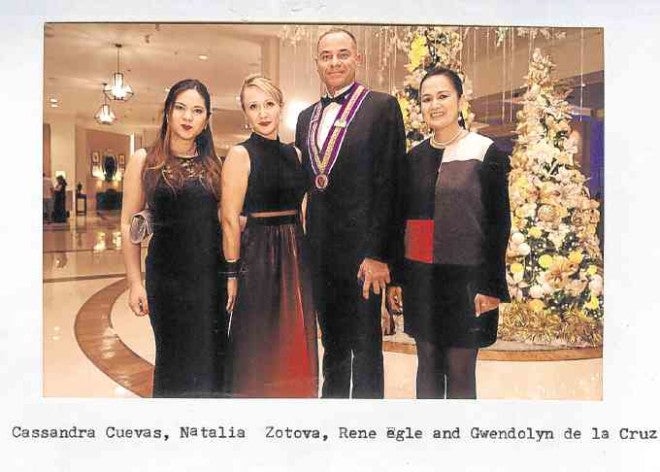 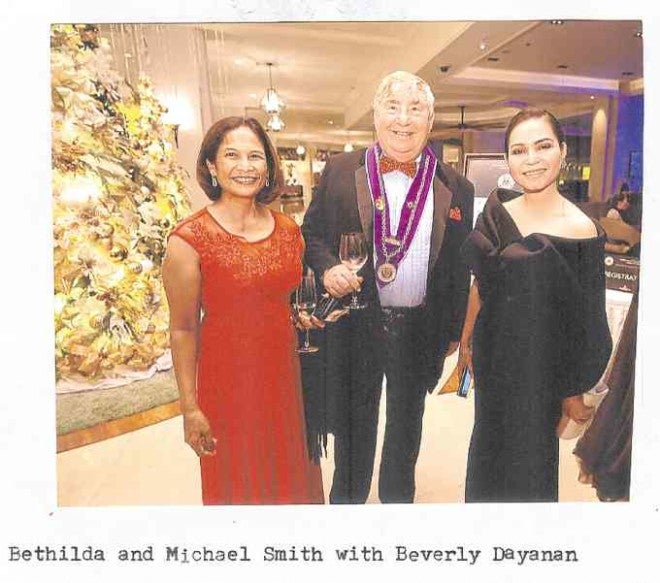 Gastronomy is paramount to La Chaine des Rotisseurs, it being the reason for its existence. In this event the Shangri-La in Mactan scored high not only for the quality of the menu, but also for its efficient way of serving it.

The dishes were prepared by the various chefs of the different outlets. Adolfo Lopez did the welcome kinilaw; Boon Bun Hoe, the Chinese pumpkin bisque with dumplings; and Danile Quintero, the Tuna a la Plancha.

Executive chef Frank Bohlan excelled himself with the Australian Wagyu beef cheek, while Andrea Burzio whipped up the mascarpone mousses, and Laurence Cuevas confected the pralines.

On the last page of the menu card was a quotation: “One cannot think well, love well, sleep well, if one has not dined well.” It is by Virginia Woolf in “A Room of One’s Own.”