Chavit on the $12M Miss Universe: I am not giving away any ticket! | Inquirer Lifestyle ❮ ❯ 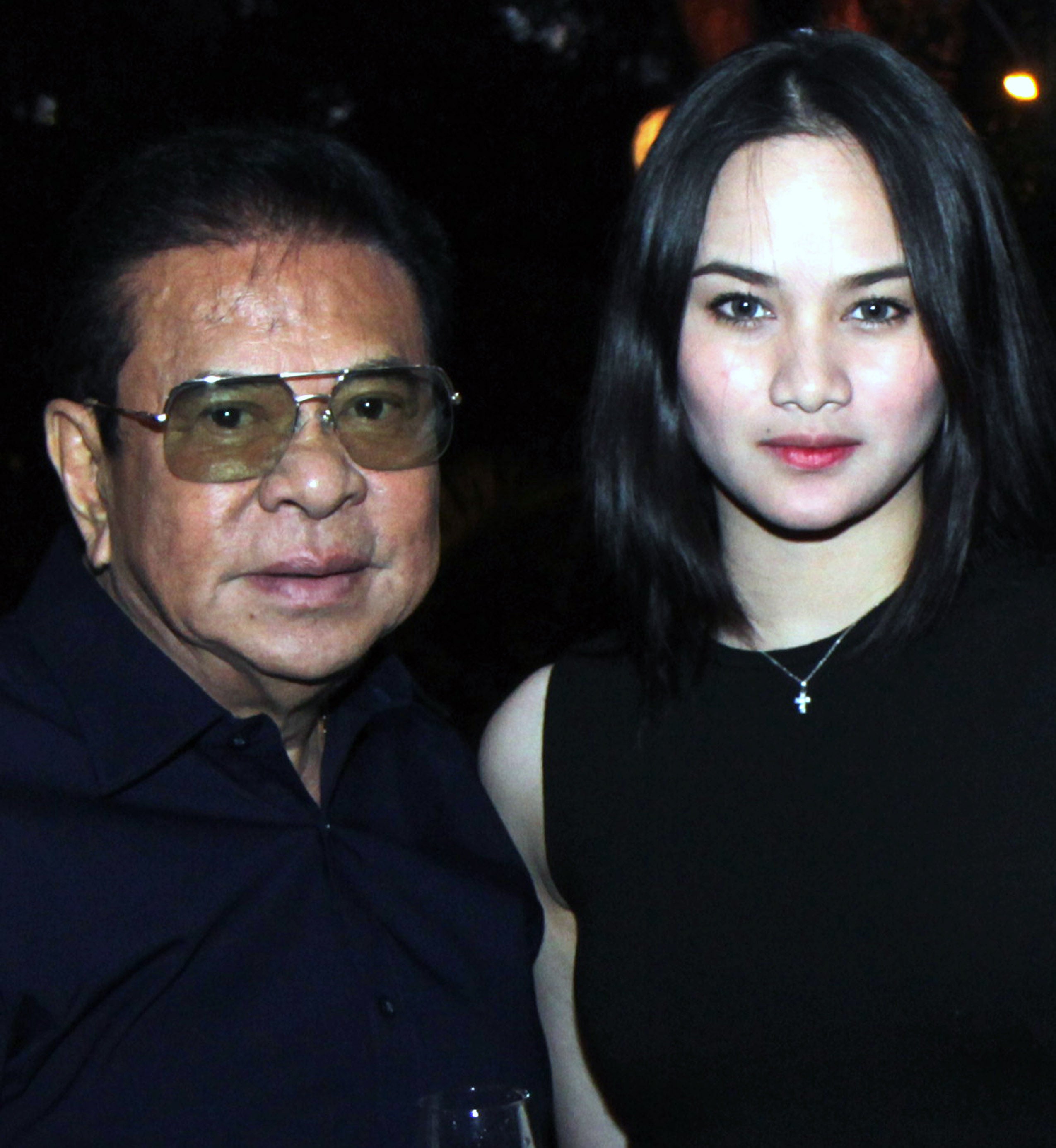 Chavit on the $12M Miss Universe: I am not giving away any ticket!

In numerology, 2017 is the year of abundance, because the sum total of all four numbers equals the number 10, the magic number of increase. So, what BPI Securities says is believable—that the stock market is seen to recover this year.

In the meantime, here are 10 things for you to do to refresh, restore and make you over this new year:

1) Say no when you want to say no. Many are not aware that when you constantly say yes when you want to say no, that dissonance is physically expressed through your putting on weight. It is like your body is saying no for you by expanding, which can be likened to pushing away the request. So, for weight watchers, now you know what to do.

2) Do not let your mobile phones interrupt your meals and gatherings. This should promote warmer and happier relationships.

3) Create days for spontaneous activity during the year. It works wonders to counter inflexibility and opens doors to wonderful surprises.

5) Take time to listen to your body regularly. This kind of familiarity is the best way to stay healthy the whole year round.

6) Break your routine. Try something new and expect fresh opportunities to open up.

7) Seize the day. As I speak, you already have blessings; enjoy these gifts and graces.

8) Don’t get stressed when challenges come. Remember the mantra: God knows, God shows, whatever happens I always get the best. Deal with the most urgent first. Repeat the mantra with every other challenge.

10) Tithe. Those who have learned how to tithe have discovered the following:

That the remaining 90 percent of their income goes further than their original 100 percent before they started to tithe.

It opens expanded opportunities and makes way for unexpected incomes.

Their desires are more easily manifested, and blessings flow from every point of the Universe.

Their incomes are forever increasing and multiplying.

For more about tithing, e-mail us and we will respond with answers to the many questions found in the booklet of Dr. Victor Hansen, “The Miracle of Tithing.”

And, finally, I suggest that the following prayer be the first words you speak daily in 2017:

“I AM BLESSED
I AM a beloved child of the Universe made in the image and likeness of God.
I AM perfectly peaceful,
vibrantly healthy,
radiantly beautiful,
eternally youthful,
forever dynamic,
ever loving and loved by all,
continuously prospering, and
supremely successful!!!
Truly, God loves me and
tenderly cares for me…”

There were two interesting dinners held in the last two weeks of December that were not Christmas parties, but special get-togethers.

One was in honor of Chavit “Miss Universe pageant” Singson, given by Philip and Ching Cruz, where I had the pleasure of meeting Thailand Ambassador Thanatip Upatising and his beautiful, gracious wife Bee.

Also present was the popular Bangladesh Ambassador John Gomes and his visiting wife Thelma, who resides in Toronto with their daughter.

The ambassador and I had a pleasant tête-à-tête on the origin of wars, and he agreed that most wars, if not all, were caused by religion. Of course, his agreement could mean he was just being diplomatic.

“It looks like I have made the wrong investment,” he quipped. “I have to recover $12 million, so I am charging for every ticket and am not giving away any!”

However, with Chavit’s luck and his being on his 5th cycle of success, he will not only recover his $12 million but will make another $12 million instead. After all, as the bible says, “To those who have, more shall be given.”

Sal Panelo came directly from the airport to enjoy an evening of singing with the likes of Vina Morales and Pops Fernandez.

Someone remarked that Sal could probably have given Martin Nievera a run for his money if he had decided to become a professional singer rather than a lawyer. He also sang one of his compositions, to the surprise of many who were not aware that he writes songs.

Becky took care of getting in touch with the honoree’s choices of guests. She and George Sarakinis just flew back from Israel with Joseph and Nel Calata and Ambassador Effie Ben Matityau.

I was touched to discover that Philip, being a contractor, has made it his advocacy for buildings to provide passages and all the conveniences for the handicapped. He did this for the love of his younger brother Eric, who has been on a wheelchair since he was 9 years old. What a sterling example of brotherly love.

Ching was, at all times, the gracious hostess. The dinner fare was all home-cooked by her genius chef, Freddie.

The other intimate dinner was hosted by Nedy Tantoco for family friend Peter Jentes, who keeps underscoring that people are getting older faster these days.

I beg to disagree; people don’t get old, they just get less bold. They just stop daring to do the things they did in their younger days.

Among the guests were, naturally, the beauteous DJ Lopez who is often teased about her middle name possibly being Tantoco, considering she is invited to all their gatherings, even those strictly for family.

Kevin and Michelle Tan are the counterpoints during our cozy dinners, because Michelle is still breastfeeding her two-year-old Kathleena. We were suggesting that maybe Kevin should give her a break by getting himself lactated.

This may shock many readers, but according to two physicians, George Gould and Walter Pyle, they have already catalogued several instances of male nursing.

Furthermore, in Brazil, there was a report of missionaries who became sole milk suppliers to nursing babies because their respective wives’ breasts had shriveled.

After I shared this information, Kevin related how Vicki Belo had asked for some mother’s milk from Michelle during a plane trip, when her daughter Scarlet Snow refused to take the standard infant’s formula.

If Vicki reads this column, she can immediately have Hayden lactated, captured on video, and probably earn himself the title Father of the Decade.

Wishing you the breast of everything! The Happiest New Year to all!