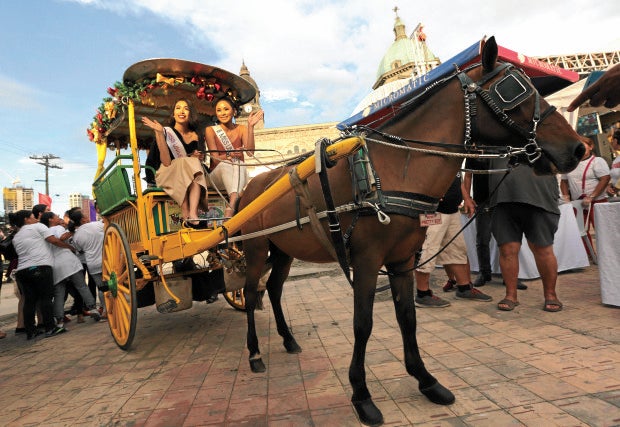 CEBU CITY— At least eight candidates of the Miss Universe pageant will join the Sinulog Grand Parade on Jan. 15.

The candidates will ride on the float of Okada Manila, their official residence while they are in country, according to Ricky Ballesteros, the Sinulog executive director.

He told a coffee forum for the press on Tuesday that an agent of the hotel had been discussing plans since December to bring the candidates to Cebu for the Sinulog Grand Parade, a culmination of the 10-day festivities to celebrate the feast of the Holy Child Jesus.

A hotel representative went to the office of the Sinulog Foundation at the Cebu City Sports Center to secure a copy of the form to allow them to join in the parade.

The plan is to allow at least eight candidates to ride on the float, which would be Okada Manila’s entry to the Sinulog Grand Parade, according to Ballesteros.

They might want to rest a bit because the grand parade would be held two days before swimwear competition at the J Park Hotel in Lapu-Lapu City.

Aside from the swimwear competition, there are other ticketed activities that the public could attend to on Jan. 17.

Among them are a gala dinner with fashion show and an after party.  SFM