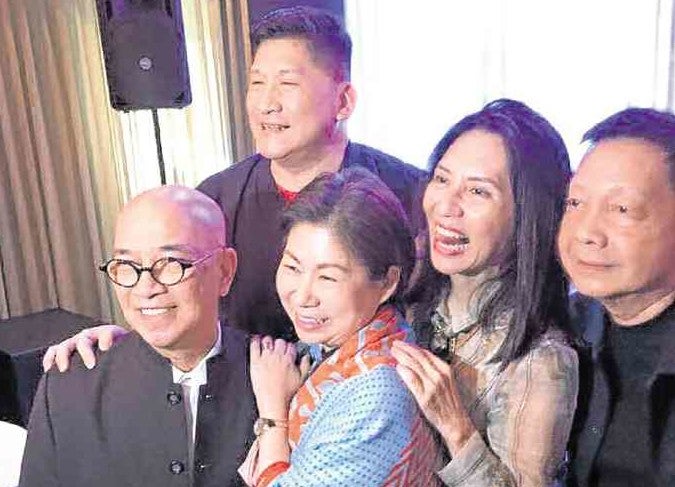 It’s thanks to good designer-friends like Cesar Gaupo that sometimes, whenever I think Camp Aguinaldo, I think fun and laughter. Yes, comedy and fashion.

It was in the late ’80s, when right after the coup attempt (one of the many) against the Cory Aquino administration, for the fashion spread of the now-defunct Manila Chronicle, the Lifestyle section (which I edited) thought of mounting a lifestyle shoot in the military camp, complete with soldiers and APC tanks. We were granted permission because perhaps the times called for a release of euphoria and tension, after a coup attempt that had been aborted.

So there we were driving around the camp, in a van filled with the country’s top designers and their top models, among them Gaupo and his bosom friend, Caloy Badidoy, the top-selling RTW designer of SM. (Badidoy would be murdered not long after that year.)

During our drive in search of the perfect spot for the shoot, Badidoy gave the funny comment that he felt like modeling his clothes for the photographer.

The whole van broke into wild laughter. Thanks to Gaupo, Badidoy and the camaraderie of these top designers, our milestone shoot in a military camp yielded not only iconic images, but also laughter.

To me Gaupo is creative genius that comes with laughter.

And so, last Saturday, at cocktails to celebrate Gaupo’s birthday, there was an overflow not only of drinks, food, but also laughter. Friends streamed into the night at L’Aubergine at the Fort, the fine dining restaurant that Gaupo helped conceptualize for its owner, Mark Singson, the youthful entrepreneur from the north.

Gaupo’s colleagues, longtime friends were there, starting with power woman Tessie Sy-Coson, who shepherded Gaupo’s career in ready-to-wear at SM. Now that she’s a leading banker and captain of business and industry, Sy-Coson’s role in the growth of Philippine fashion is hardly talked about.

In fact, Sy-Coson gave birth, so to speak, to the careers of many of today’s top fashion designers, including Gaupo. Gaupo designed for SM for decades and his RTW line was sold there.

That night, Lulu Tan-Gan, another Sy-Coson protégée, recalled how barely out of college, in the late ’70s, she was tasked to design shoes by Sy-Coson, even if what she wanted was to design clothes. Her dad, Tan-Gan recalled, didn’t even know she had been signed on by Henry Sy’s daughter. At SM, Tan-Gan built a pioneering knitwear line, and she would become known as the “Queen of Knits.”

“Not SM, but Shoemart,” I reminded the designers that night. So Gaupo, Tan-Gan, Tonichi Nocom, Mike dela Rosa, and even Rusty Lopez (who went to Cinderella from SM, and is now a name known nationwide) crowded around Sy-Coson for a most important shot.

Gaupo’s younger colleagues were also there, and his models—all recognized ramp icons.

Gaupo is a formidable name in design, owing to his ability not only to be in step with the times, but to continue creating.

Amid a stellar career in fashion design that included a few years’ stint in Shanghai Tang as design director, he went into designing shoes and sold his line in a stand-alone store.

Even as he was designing clothes and shoes, he went into designing homes, starting with his weekend home in Tagaytay whose design—it landed on the cover of COCOON magazine—won him home projects.

“I’m now enjoying designing a lifestyle,” Gaupo told us once.

Last Saturday, we realized that Gaupo wasn’t only enjoying designing a lifestyle, he was also enjoying life itself. 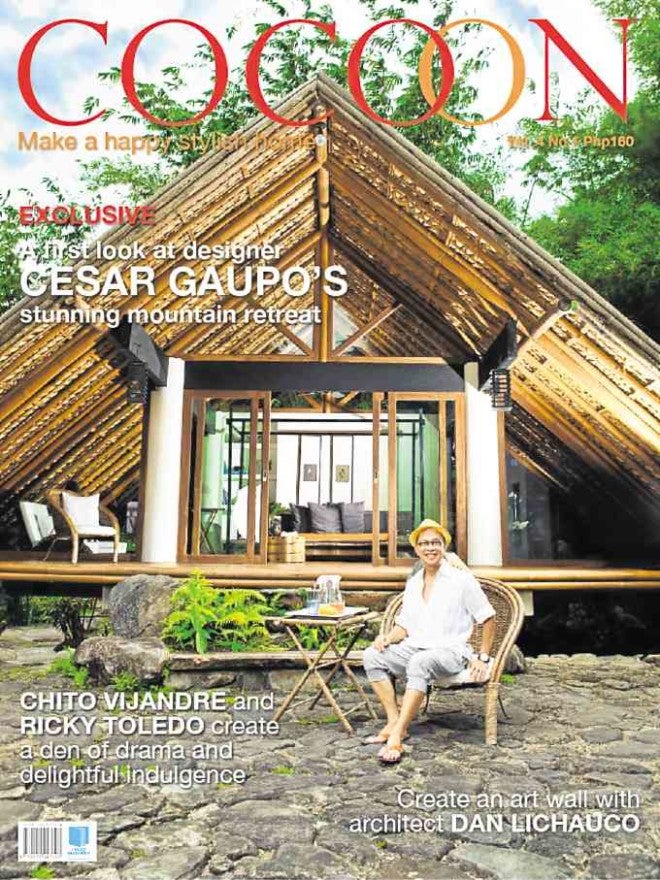