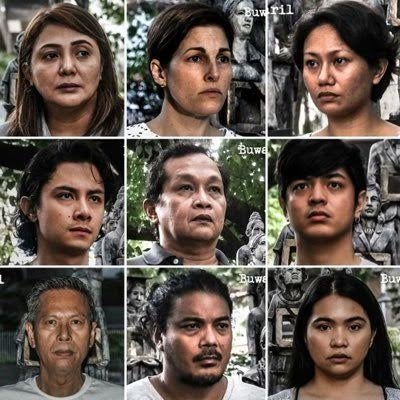 From Jan. 26 to Feb. 12, new theater company Sugid Productions Inc. presents “Buwan at Baril sa Eb Maj,” a play by Chris Millado that tackles the stories of various lives bound by the common experience of repression under martial law.

The play, presented in cooperation with the Bantayog ng mga Bayani Foundation, was originally staged by Peta in 1985. It is a series of vignettes about eight different characters, seemingly unrelated yet connected by the narrative of struggle against a dictatorial regime. Its author, Millado, is now artistic director of the Cultural Center of the Philippines.

“We want to engage in the current discourse on human rights and martial law,” said Andoy Ranay, the play’s director.  Ranay, a theater actor himself, is a known film and television director. He is currently behind the cameras for the ABS-CBN teleserye “Till I Met You.”

Sugid Productions aims to produce Filipino plays it deems relevant and urgent to Philippine society, “but without losing the entertainment value which is a must in Philippine productions,” said Ranay.

Cherry Pie Picache (alternating with theater actress Mayen Estañero) leads the cast as the wife retrieving the body of her slain rebel husband. Jackie Lou Blanco plays a socialite preparing to join a rally, while Angeli Bayani essays the role of the Babaeng Itawis, a member of an indigenous tribe ravaged by military forces.

Other members of the cast are Crispin Pineda as the Magsasaka; Danny Mandia and Mano Domingo alternating as the Manggagawa; Ross Pesigan as the Estudyante interrogated by a police officer, played by Joel Saracho alternating with Paolo O’Hara; and JC Santos alternating with Jojit Lorenzo as the Priest.