Forget the stigma–Hepa B is deadly but preventable | Inquirer Lifestyle ❮ ❯ 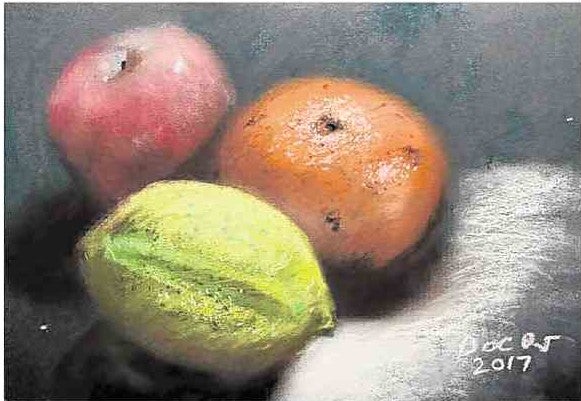 Forget the stigma–Hepa B is deadly but preventable

Liver cancer is currently the second biggest cause of death among Filipinos, next to breast cancer.

Also ranked as the fourth most common disease in the country, liver disease is caused largely by hepatitis B, a viral infection that inflames and damages the liver.

According to a 2004 nationwide study by the National Food and Research Institute, one in seven adult Filipinos have hepatitis B.

Even worse, most patients diagnosed with hepatitis B, dubbed the silent killer as it has no symptoms, refuse to come out because of the social stigma associated with the disease.

“The sad part is, hepatitis B and liver cancer are all preventable. There’s so much ‘mis-awareness’ about the disease… People with hepatitis B think you’ve been sexually promiscuous, but in the Philippines, it’s mostly a mother-to-child transmission,” said Dr. Eternity Labio, immediate past president of the Hepatology Society of the Philippines (HSP), an organization of liver specialists.

A fundraising and awareness initiative, the event will kick off the B Aware Campaign of the HSP to raise awareness of hepatitis B. Guests will be treated to a four-course meal, cocktails, “Art & Advocacy,” and more surprises.

“Art & Advocacy” is a silent art auction that will feature the work of emerging and established local artists such as Alvin “Doc DJ” de Jesus, MD, Wilfredo Alicdan, Paulina Luz Sotto, Christian Tamondong, Ronald Castrillo, Toym Imao. Proceeds will go to the B-Aware campaign and other advocacy projects of the HSP.

With the slogan “B aware, B tested, B vaccinated, B treated,” HSP hopes to erase the social stigma associated with the disease and encourage more people to get themselves tested.

There are two types of hepatitis B—acute and chronic. Acute is when an adult has it for a short time, while chronic is a long-term infection, usually among infected infants and children.

“There’s a Republic Act that all newborns should be given a hepatitis B vaccine within 24 hours after birth. Now we need one that will protect adults with hepatitis B from discrimination in employment and at work,” Labio said.

“The only way for you to find out if you have hepatitis B is to have yourself tested. If jaundice has developed, it will be too late,” she said.

Although hepatitis B is transmitted through body fluids, it is not contagious—meaning, it cannot be transmitted by bodily contact with an infected person or object. You cannot get it from casual contact such as kissing, hugging, sneezing or coughing, or sharing food and drinks.

Hepatitis B does not discriminate against age, gender or occupation. However, studies have confirmed that those more at risk are between ages 20-49.

“The treatment is not a cure; it is there to suppress hepatitis B. Also, not everyone needs to be treated. Those who have active disease must have themselves tested once or twice a year,” said Labio.

The conquest of hepatitis B has recently been added to the UN Sustainable Development Goals, along with tuberculosis, malaria and HIV.

“It’s not only common among Filipinos but it is also deadly; one in four infected will develop complications like cirrhosis or cancer. We need more access to vaccines and testings,” Labio said.

Aside from the awareness campaign, HSP is now gearing up for World Hepatitis Day on July 28, and is currently working with the government for a National Viral Hepatitis Control Program.

“That should trigger working with the barangay, local health programs and TV programs to create more awareness,” she said.

At present, there is a support group called the Yellow Warrior Society of the Philippines.