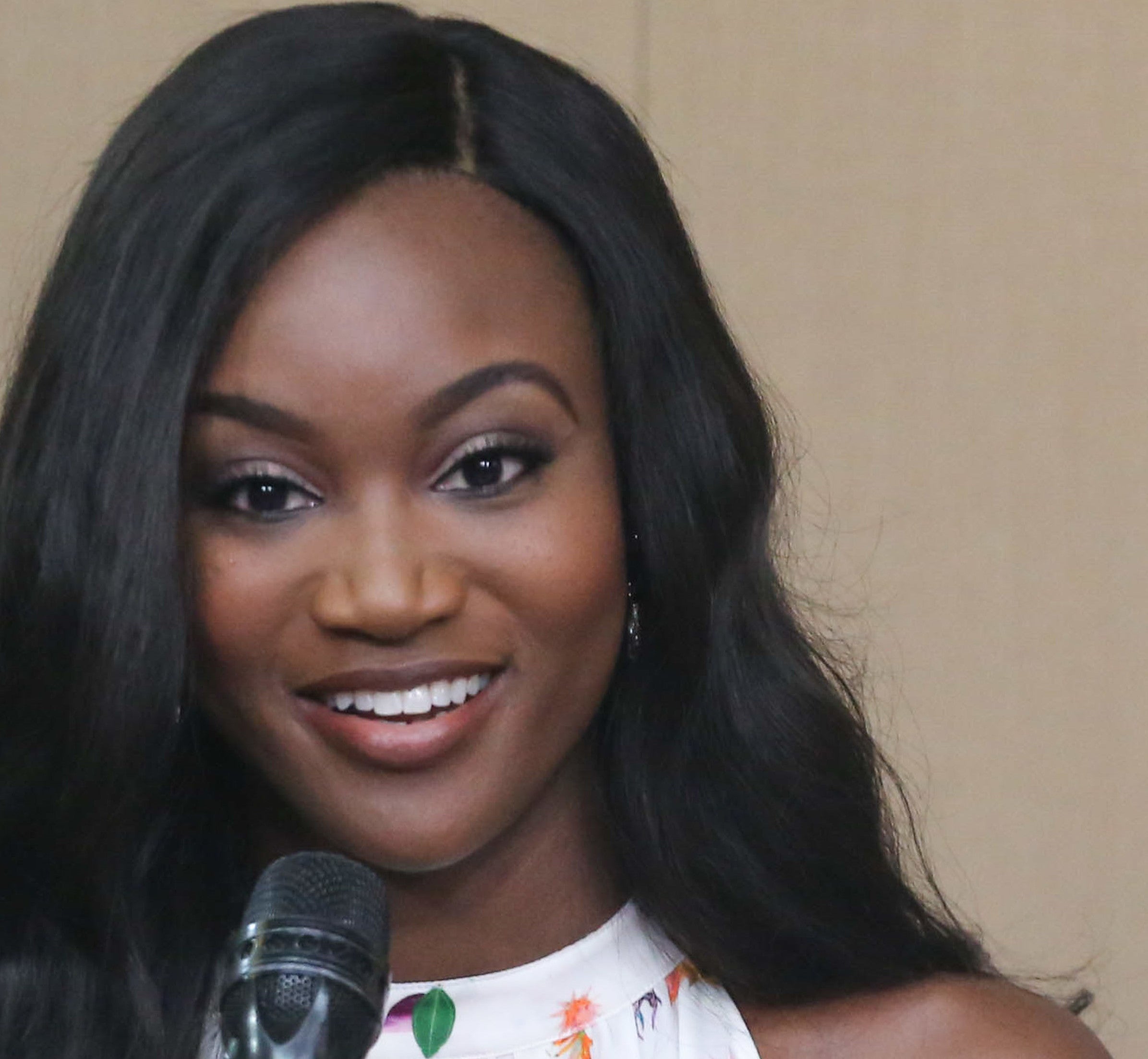 Miss USA: Give Trump a chance

She may be thousands of miles away from home,  but Miss USA Deshauna Barber was apparently thinking of her fellow Americans when she talked about the inauguration on Friday (Saturday in Manila) of business mogul Donald Trump as the 45th president of the United States.

“I do hope the United States of America gives President Trump a chance,” Barber told the Inquirer.

“I believe everything happens for a reason. I think it’s so important for my country to unite. Now [that] we are very separated because of our political views, it is important to give Trump a chance,” the beauty queen said on the sidelines of a food packing activity with the nonprofit organization Rise Against Hunger Philippines on Wednesday afternoon.

“Trump [did not get] my vote for president of the United States [but as] someone in the military, it is my duty to support him,” the 27-year-old soldier clarified, adding that her position was in line with her mission to promote respect.

At the same time, the African-American beauty queen said she celebrated Martin Luther King Day “in (her) own way” on Monday, even if the occasion was not celebrated in the Philippines.

“I sent a video back to the United States and posted it on social media,” Barber said, adding that “(the video) focuses on the message that equality is necessary, equality is important. That is the impact (King) made around the world—how to treat people with respect, regardless of religion, sexual orientation, and race.”

Barber was as enthused when she spoke about taking part in a Miss Universe event geared towards mitigating hunger.

“I’m so incredibly excited that the organization partnered with Rise Against Hunger. It shows that we are more than just swimsuits, crowns and evening gowns; we’re also focused on international causes.”

Barber is competing against 85 other aspirants from around the world for the 2016 Miss Universe title in coronation rites to be held on Jan. 30 at the Mall of Asia Arena in Pasay City.

Meanwhile, in Davao City on Thursday, 29 Miss Universe candidates found themselves dividing their short visit between a mountain resort and a runway.

Less than an hour after they arrived in the city, the candidates were whisked to the Eden Nature Park and Resort, a mountain haven in Toril District, more than an hour’s ride from the Francisco  Bangoy International Airport.

They were welcomed by schoolchildren who had waited more than three  hours for them.

Though the beauty queens had no time to try the resort’s  adrenaline-pumping rides like the Skyswing, Skycycle and the zipline, they had a brief dance showdown with the Bagobo children.

Back at the SMX Convention Center for the Mindanao Tapestry fashion show, the candidates donned gowns made from Mindanao fabrics and designed by Davao’s homegrown talents.

In Manila, Wurtzbach gave her HIV/AIDS advocacy one more push when she oversaw the donation of over P4.75 million by MAC AIDS Fund to San Lazaro Hospital and a local foundation caring for people living with the disease.

The charity, established by MAC Cosmetics in 1994 to support people living with HIV/AIDS around the world, on Friday handed over P2.05 million for the purchase of beds at San Lazaro Hospital’s new HIV ward. The group also donated P2.7 million to Positive Action Foundation Philippines Inc. (Pafpi) to fund its feeding program and the enrollment of indigents with HIV/AIDS to the state-run Philippine Health Insurance Corp.

Pafpi president Joshua Formentera said it was the seventh year that MAC AIDS has helped the organization, and that over the years, it has reached out to 10,000 patients.

Wurtzbach said she would push on with her HIV/AIDS advocacy beyond her reign as Miss Universe.  —WITH A REPORT FROM NICO ALCONABA, INQUIRER MINDANAO; AND JOCELYN R. UY