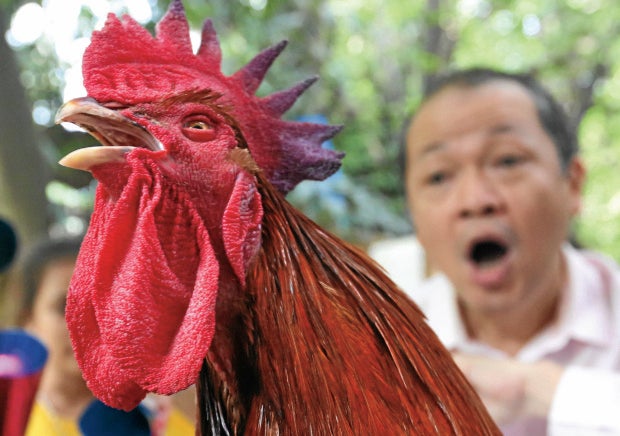 Last year, I pronounced the Year of the Fire Monkey as the Year of Miracles, and sure enough, several miracles happened worldwide like President Rodrigo Duterte’s ascendancy to the presidency from being a mayor, Great Britain’s breaking off from the European Union which is now simply called the Brexit and the biggest one of all is President Donald Trump’s victory. All these can only happen during a Monkey Year considered by many as the shrewdest of all the 12 animals in the Lunar Calendar. It is the only one reputedly that can put one over the mythical Dragon.

Let me reiterate what I have said in the past and that is, in IAMISM (a course in happiness and life management), we celebrate three New Years: first, Jan. 1, which is the most celebrated in the world on the basis of Pope Gregory’s promulgation of a new calendar in 1582; second, the Lunar New Year, based on the Lunar calendar which is followed in the eastern world made up of 12 animals that change yearly from rat to pig and take on the qualities of the five different elements—fire, earth, metal, water and wood—on a rotational system; third, and least known today, is the Solar New Year, the most ancient of all, probably dating back to thousands of years BC based on the first day of Spring, March 21, which also happens to be the first day of the zodiac sign Aries followed by 11 signs as shown in the chart at the end of this article.

Meanwhile, this is what one can expect in the Year of the Fire Rooster. If this rooster were asked to describe itself, it would, in all likelihood say the following: I herald the coming of the dawn and at sunset, I declare its departure; I stand for precision; I labor like clockwork and can be labeled a perfectionist; I am a task master like no other; a watchful administrator and desire to have perfect order in the world; I am known as the Don Quixote of Oriental Astrology; outwardly, I give the impression of self-assurance, aggressiveness, but at heart, I am really old fashioned and conservative (if all the above sounds like a description of President Duterte, it is because he was born in the Year of the Rooster); don’t be confused when you discover two distinct types of me — one is extremely talkative and the other is a very quiet one who observes so keenly and deeply like an x-ray apparatus.

If the rooster crows like it does, it is because it possesses many outstanding qualities like being organized, up right, alert and thorough. It is frank to a fault and when it decides to be critical, it can absolutely be brutal. Don’t raffle its feathers because it can become intolerant and insufferable. Diplomacy is alien to the rooster. However, women of the rooster sign can be quite different… they are usually sedate, refined and seldom outrageous, if at all, but also enjoy chatty conversations.

If there is anything that one can surely expect in the Year of the Rooster — is Abundance for Rooster never comes out empty handed under almost all circumstances. However, many get out with frazzled nerves. It must be noted that the rooster likes looking at all the details that oftentimes, they forget to look at the big picture.

Hard line policies will dominate politics this year. Governments will rant and rave a lot and even flex their muscles but this will be mostly for theatrical effects. There will be a tendency to take offense on the smallest slight.

The fire element of the rooster can make this period, one that is highly motivated, vigorous and authoritative or even authoritarian because of its innate inflexibility. There will be lots of arguments in all fronts, not only in politics but also in business, romance and even in the home — although there would be no permanent damage done to anyone. This is also not a year for get-rich schemes and one must try to resist the great temptation to join wild-goose chases. In fashion, fire will make the colorful rooster even more colorful.

As I had said earlier, Abundance will be the keyword of the year because efficiency will be its byword despite cockiness being the order of the day. On this note, let me share with you 10 ingredients that can attract to you abundance or simply good fortune.

To bring forth your good fortune this year, be sure to plant the good in every way you can even if it is just giving gifts of kindnesses and gentleness like a touch that brings peace or a gaze so pure that says, “I understand.”

Here is how the different signs in oriental astrology will fare:

For the Rat – Celebrations are in store for the rat. New partnerships or marriages in the family. Good things happen overnight. Due to many commitments, the rat must guard against overwork which could be detrimental to its health. Affirm: I am strong and healthy filled with life and vitality.

For the Ox – Moderately happy time for the ox, but will still enjoy success.  Will experience something unlikely or strange. Must be careful about being too trusting. Affirm: God is my guide, I am always divinely protected.

For the Tiger – Tendency to be over anxious. Seemingly large problems will be solved.  Help will likely come from unexpected places or newfound friends. Affirm: I face life with trust and confidence.

For the Rabbit – A time for the rabbit to merge with others for support and comfort.  Must take a more conservative stand in making important decisions.  Although most frustrating at times, problems will ultimately be solved. Affirm: No matter what my circumstances are, love always surrounds me.

For the Dragon – A happy and eventful year for the dragon. Good news, promotions, and the return of money given up for lost.  His family life is smooth and will be able to recoup losses and make new influential friends. Affirm: Lavish-lavish ang kagandahan ng buhay ko.

For the Snake – A very auspicious year. Snake’s achievements can be fantastic as he will receive the recognition or promotion he deserves. Will be rewarded for his patience and past perseverance. Profits or some big increase in income can be expected.  Snake reaps fruits of labor. Affirm: When I am grateful — my life is wonderful.

For the Horse – A fair year. Good tidings at home but slight disturbances in career or profession. Problems will be small but the horse could become impatient and upset too easily. Affirm: I am patient, confident and optimistic.

For the Sheep – Time for the sheep to trim his great expectations and get practical. Will receive many invitations that will prove to be the happier events of the year. Affirm: I am the CEO of my life and I manage it perfectly.

For the Monkey – The monkey will have the extra money he needs and the right contacts to push his plans through. Must be careful not to over extend himself with forced socializing and commitments that can be avoided. Affirm: My goals are clear, definite and positive and I keep my focus solely on them.

For the Rooster – Time for a splendid comeback. He is able to solve his problems with relative ease and finds influential and powerful people to support his ideas.  Even in disputes he will emerge unhurt. Affirm: The past is gone, I remember the lessons and I attract only the best under all circumstances.

For the Dog – The dog could be faced with challenges in credibility. Must focus his attention on his health and relationships. Will have to exert more effort to get money due him. Affirm: As my faith deepens, my life changes dramatically.

For the Pig – Another busy year for the pig. Although his domestic scene is calm, his professional life could prove to be less stable. It is a year of spending more time overcoming obstructions. Must practice more patience with negotiations that can get complicated and involved. Affirm: When I face obstacles, I overcome them with trust that all is well.

For additional insights, one can combine the Western equivalent of the Eastern sign as indicated in the chart below:

Take President Rodrigo Duterte who was born in the Year of the Rooster but being born on March 28th being an Arian sign—the equivalent of which is a Dragon in the Eastern zodiac—he could therefore read both the Rooster and the Dragon to get a more extensive version of what’s in store for him in the Year of the Fire Rooster. Unlike Vice president Leni Robredo who was born in the Year of the Snake and is a Taurean (April 23), which is also the equivalent of a snake thus making her singularly a snake personality. So the two top officials of our country will enjoy a wonderful and fulfilling year which I trust will spill over to economy and the benefit of the nation.

In contrast, US president Donald Trump faces a rather difficult year considering he is a Gemini making him a Horse, and at the same time, was born in the Year of the Dog.

A year of Abundance

Remember that 2017 is a Year of Abundance. Here’s affirming that your coffers overflow with plenty and your heart with love. These so-called predictions are not compelling, they are simply influences that one can either flow with when positive and when negative can be overcome and transcended through consciousness — remember that it is always done unto you according to your belief. Kung Hei Fat Choi!!!