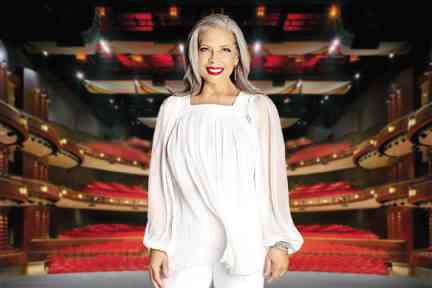 There are many music artists who are good in their craft. But those who truly stand out are exceptional in their work. Two of them, both singers, are due to perform soon.

The first one, Patti Austin, we first heard in the late 1970s through her debut album, “End of a Rainbow,” particularly the single “Say You Love Me” which enjoyed heavy airplay in Manila via WK-FM.

Her voice—sensual and soulful—would stay in our consciousness as more albums yielded more hits: “We’re in Love” (from “Havana Candy”); the Grammy-nominated duet with James Ingram, “Baby Come To Me” (“Every Home Should Have One”); “All Behind Us Now” (“Patti Austin”); a cover of “Smoke Gets in Your Eyes” (“The Real Me”); another duet with Ingram, “How Do You Keep the Music Playing?”; and still another duet, with George Benson, “Moody’s Mood.”

But our frustration is that we have yet to hear Austin’s tribute albums—to Ella Fitzgerald, “For Ella”; and to George Gershwin, “Avant Gershwin,” which won best jazz vocal at the 2008 Grammy Awards.

Here’s hoping Austin would sing a few tracks from those albums at her concert on Feb. 4 at the Kia Theatre in Quezon City.

Another exceptional singer is Bituin Escalante, whose voice packs power and energy that could lift you in a blissful state.

It’s unbelievable that she’s not been given the opportunity to record albums; her lone hit, “Kung Ako Na Lang Sana,” was from the 2002 ABS-CBN Himig Handog Love Song Competition in which she won as best interpreter.

But her stints in musical theater, as well as concerts, keep Escalante up there among the country’s best vocalists because she can sing in just about any genre and transform the song like she owns it.