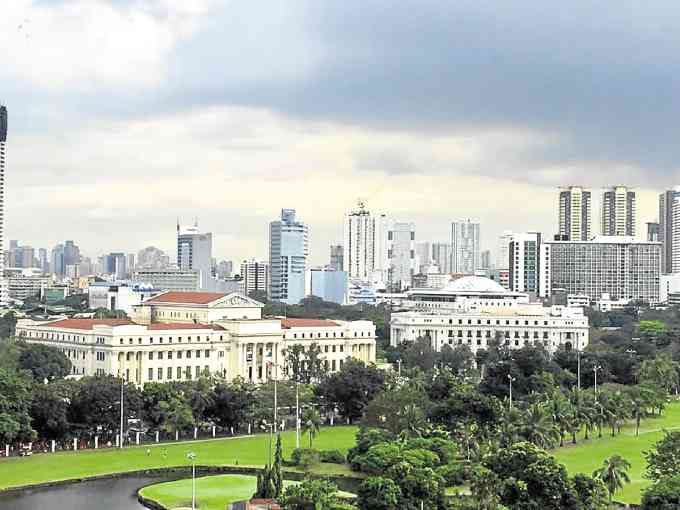 At long last, Manila now has a museum precinct/complex

How wonderful it is to be back after a long absence! And at this auspicious time of the year, let me wish each one of you an overabundance of happiness and prosperity during the Year of the Rooster that has just begun.

There is a growing buzz about what is going on at the former Department of Tourism building on the Taft Avenue end of Rizal Park.

At long last, Manila’s museum precinct will be complete, and, finally, with enough space to exhibit almost the entire collection of the museum.

The long construction time of the project is because the retrofitting has been a slow, tedious process. The entire building had to be painstakingly assessed by architects, engineers and historians before removal of partitions constructed by the former tenants.

Exposed was the original skeleton of the building, and, in many places, reinforcing added to floor and columns weakened by years of wear and tear. Damage to the structural system hidden from sight beneath layers of paint, concrete or plywood was repaired. Deteriorated or missing architectural details were replaced.

Result? After all the demolition, repair and reinforcing, the structural system is now fully state-of-the-art, earthquake-resistant, and the building has been redesigned to withstand floods that have become commonplace.

Today it no longer is the old building that it once was. Its transformation brings the building totally up-to-date, in full consonance with the National Building Code, Fire Code, Electrical and Sanitary Codes. Above all, it is environmentally compliant.

The heritage building, designed in the Beaux-Arts style by architect Antonio Toledo, stands from the days of the American Commonwealth. After sustaining damage during World War II, it went through its first restoration in the late 1940s.

During restoration, the original Beaux-Arts design of the building has resurfaced, but still hiding behind scaffolding. The refreshed structure no longer looks old and tired.

Its meticulous restoration process brought the building and its original details back to life. Lost elements were rebuilt or replaced, but only after completing extensive documentation and archival research.

If lost details and designs had to be redone, they were executed in a manner compatible with the original design of the building or the space in question.

Above all, finishing and decorative details and motifs were restricted to being distinctively Philippine, substantiated through extensive archival research.

Construction has taken over two years and is now on its finishing stages. Within the completed exhibit halls, the specially designed exhibit areas are being built. Display cases that could not be locally manufactured are beginning to arrive from overseas. Audio-visual and computer systems are on their final stages of design and ready for installation in a few months’ time.

Since the time the project was announced about three years ago, the personnel of the National Museum seriously prepared the collection for display, opening storage drawers and bins to refresh or restore the specimens of Philippine natural artifacts—showcasing most of the wide variety of flora and fauna from this incredible country of ours.

So what will there be to see at the new National Museum of Natural History?

The entire range of local endemic flora and fauna. Whale skeletons will hang from the ceiling; Lolong the crocodile (remember him?) will be there in full taxidermied glory. And much more.

Joining them will be birds of different sizes and shapes in various stages of flight, multicolored insects in their habitats, fish appearing to swim everywhere, and animals seeming to come out of their lairs.

Exhibits will show the natural beauty of the Philippines and its ecosystem, highlighting the traditional environmental safeguards our culture has always practiced, reaching out to educate viewers on caring for our environment, and teaching us how we should do our part in assuring the sustainability of our surroundings.

The centerpiece is undoubtedly the ambitious glass dome covering the entire interior courtyard, once an underutilized open-air space.

Rising over six stories high from the center of the paved courtyard, a steel representation of the double helix of the DNA molecule that carries all genetic instructions governing every function of all living organisms, man included, anchors the glass dome that mushrooms upward, beyond the six-story height.

Visits begin at the top floor, reached by a circular glass elevator rising from the center of the helix to a ramp connecting the elevator landing to the exhibition spaces on the main wings of the building.

After viewing one floor, visitors walk down through a ramp that gently descends behind a five-story high green wall planted to endemic flora, to the lower exhibit halls, ending on the ground level.

“Make no small plans,” said the eminent city planner Daniel Burnham, who, in the 1905 Plan for Manila, specified the three-building National Museum complex to form the visual ending of Luneta Park along its Taft Avenue boundary.

The National Museum of Natural History showcases off Filipino culture amid settings that are totally world-class, a pride-eliciting experience the Filipino so totally deserves.

Entrance to all National Museums venues, whether in Manila or in any of its provincial branches, is free. The long queues and capacity audiences prove the Filipino is truly appreciative and hungry to view his heritage and culture.