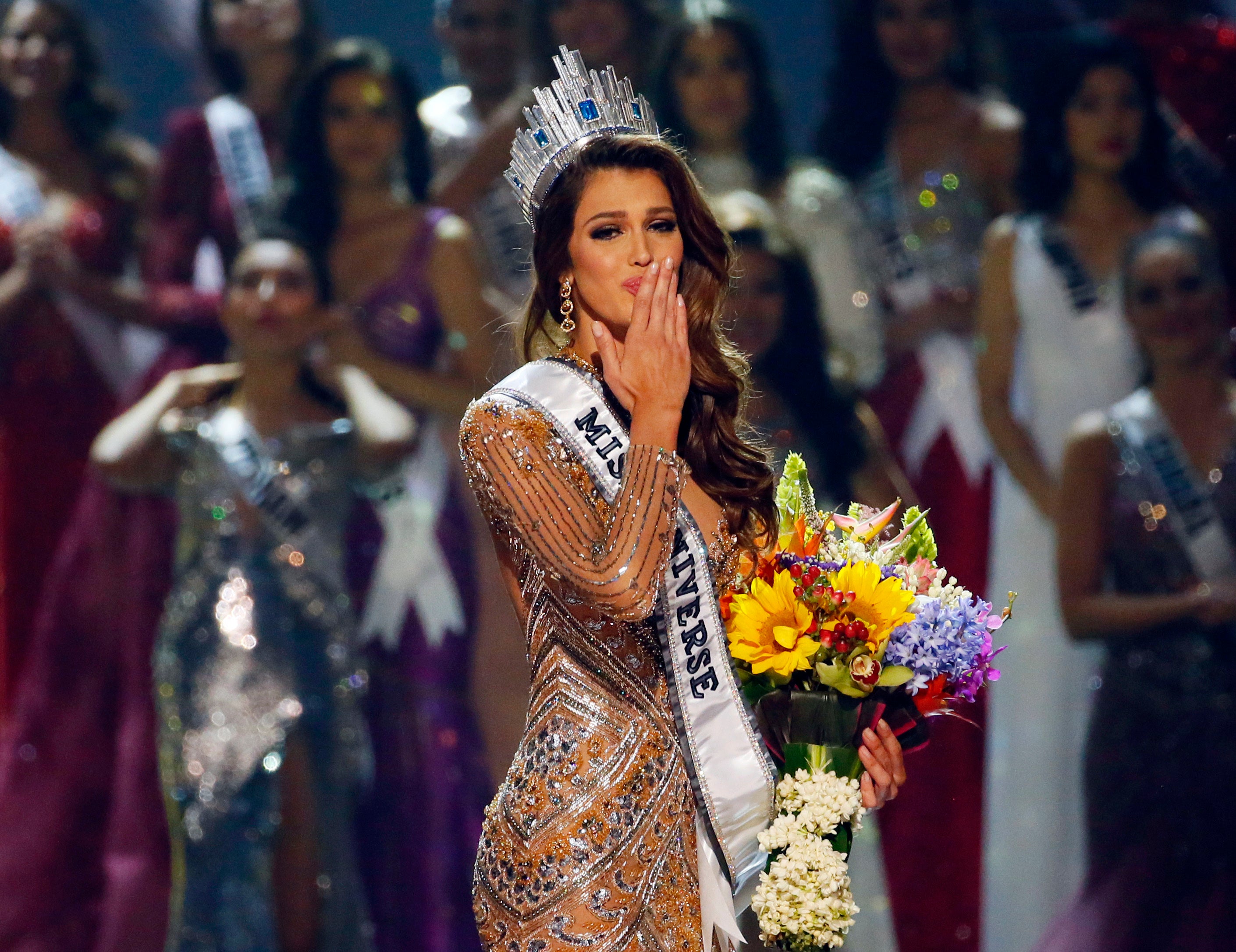 Iris Mittenaere of France blows kisses to the crowd after being proclaimed the new Miss Universe 2016 in coronation Monday, Jan. 30, 2017, at the Mall of Asia in suburban Pasay city, south of Manila, Philippines. (AP Photo/Bullit Marquez)

(Updated) Iris Mittenaere of France won the crown as the new Miss Universe to succeed the Philippines’ Pia Wurtzbach, ending a 64-year drought for her country.

Mittenaere was announced as the Miss Universe 2016 during the coronation at the SM Mall of Asia Arena on Monday.

She the second from France to win the title since Christiane Martel in 1953.

During the question and answer portion, Mittenaere was asked which failure made a mark in her life and how she learned from it.

Mittenaere said she has her failures as she pursues her studies in medicine, but said she learned to keep on trying and keep going.

“I failed several times in my life… When you fail you have to be elevated and you have keep going,” Mittenaere said in French and translated by an interpreter.

She said if she would not win the crown, she would still be honored for the opportunity.

“If tonight I will not be the winner I am still honored that I’m still one of the three finalists. For me this is a great opportunity,” Mittenaere said.

Raquel Pelissier of Haiti was named first runner up, while Colombian Andrea Tovar was named second runner up.

Maxine Medina of the Philippines and Thailand’s Chalita Suansane finished in the Top 6 with Kenya’s Mary Esther Were.

Outside, a group of French waved their flag and belted out their celebratory chant.

Scores of smiling Filipinos parted and extended their congratulations, showing their warmth and compassion by sending their regards to the new Miss Universe.

Mittenaere’s mother was among the cheering crowd who marched outside the gate jumping up while waving the French flag.

She said this was the first time for France to win the crown after 64 years.

She said she was proud that her daughter was crowned the new queen.

“I was a little bit shocked, and I felt I was dreaming. But it’s true, it’s a dream come true,” she said in an interview with reporters.

“She was gorgeous, I feel very proud of her, because she’s marvelous, fantastic, and an amazing daughter. She will be a very fantastic Miss Universe, I’m sure. She’s beautiful inside and outside,” she added.

At 23 years old, the newly crowned queen is pursuing a degree in dental surgery.

Besides dental school, Mittenaere is also fond of extreme sports, traveling the world and cooking French dishes, according to her profile at the Miss Universe website.

She said her primary advocacies are dental and oral hygiene. IDL/rga