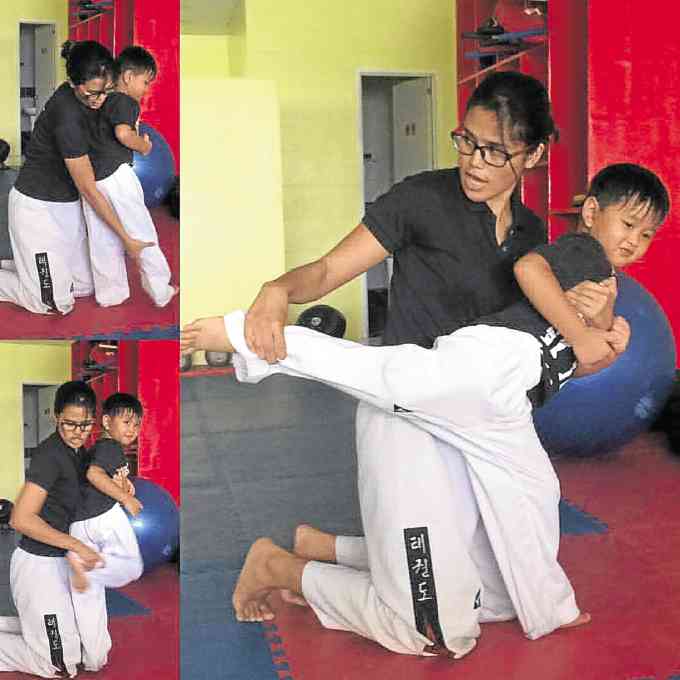 Is your kid bully-proof?

My 5-year-old son Jack comes home usually with fun stories about school, other times with sad ones—like being hit in the groin or pushed to the ground “flat as a pancake.”

Recently, a classmate bit him on the shoulder because he would not show how he spelled “ngipin” (the irony!).

The same cherubic biter has also punched Jack, grabbed his throat, taken his food and embarrassed him in class when he had an accident.

Many of us have dealt with bullying at some point in our lives. At first grade, I was the last to be picked up by the bus, and some kids thought it’d be fun to keep me standing. I fought back with safety scissors.

I also learned how to take a punch and throw one in neighborhood kiddie brawls—it didn’t matter whether you were a boy or a girl.

By the end of grade school, I dealt with ostracizing and name calling. This hurt more, because they leave lasting emotional scars.

You’d think it ended there, but I went through more of the same in grad school and in the corporate world.

Jack is one of the taller boys in his class. He’s not the stereotypical runt who gets picked on, but even as a baby, he was pretty chill. If a playmate took his toy, he’d just find another.

Since I can’t always be around to protect him, he took a trial taekwondo class when he was 3. He wasn’t ready, so we tried again in the summer when he was 4.

I suppose he didn’t inherit my angst, so I didn’t want to force it. Instead, I taught him to apply the defense techniques he learned in his brief stint with taekwondo through role-playing and by using humor to diffuse any tension. These pacifist tactics worked, for a while.

At least, it got him interested in martial arts again. We needed a longer lasting, effective approach.

John Paul Ampongan, program director of ATA Martial Arts Studio, said: “We once had a student who was always bullied and picked on in school. He was being punched in the head daily. Then he learned to assert himself, telling his bullies to stop in a more imposing manner. It didn’t stop immediately, but it lessened.

“When someone tried to punch him again, our student gave him a good kick in the gut. Nobody picked on him again, and he even became friends with the bullies.”

Not all such stories end that way though, which is why experts on the topic always advise against fighting back. Some parents also fear that if their child knows a martial art, they won’t have the discipline to refrain from using their newfound skills against others.

“That is a concern we receive from parents who just start out with us in the Academy. It is not uncommon for some parents to feel that their child may use martial arts wrongfully,” Ampongan said. “Our answer is simple: We instill in our students life skills that guide them in the proper use of martial arts.”

He talked about kids’ early exposure and easy access to fight scenes. “They see it in cartoons or movies, so they essentially know how to kick or punch. What they do not know is what to do with such techniques.

“At ATA, we do not teach students to fight. We teach them to use taekwondo only to protect themselves from those who wish them physical harm. We focus on teaching them respect for others (especially for elders), discipline, mental and emotional strength, perseverance, self-confidence—basically, habits of success for life.

“With these life skills, students have a greater appreciation and understanding of what they are learning; therefore, using martial arts only when necessary, such as when facing bullies.”

Ampongan talked about the common problem of children being teased or hurt by bullies. “This is where our unique program comes in,” he said. “The ‘Bully-Proof Program’ is specifically designed to properly educate our students to stand up to bullies in both school and daily life.”

How do you keep a child from being a bully’s target? “We focus on developing mental strength and awareness. Our students must learn to identify bullies who intend to harm them either physically, mentally, emotionally or spiritually. In the program, we teach them to never put themselves down.

“We help them build their confidence, understand their rights, and be more assertive by saying ‘no’ and ‘stop’ to bullies. We help students understand that fighting is 90 percent mental and 10 percent physical. Therefore, having mental strength and awareness is key in overcoming one’s bullies.”

Ampongan said that bullies are emotionally and mentally weak themselves. “They prey on others to vent their frustrations on their targets for amusement. They choose their targets by looking for someone who lacks confidence or seems weak and will not fight back.

“This is why martial arts is helpful to children because it builds self-esteem and teaches necessary skills to address bullies. Bullies always seek attention, so we teach our students to ignore such behavior. But when bullying persists, this is when asserting one’s self comes in.”

When enough is enough

What does he advise children who are continually being hit or hurt by classmates? “We encourage students to say ‘No!’ or ‘Stop!’ firmly and boldly. But when push comes to shove, our students have every right to defend and protect themselves from aggressively physical bullies,” said Ampongan.

Not everything should end up in a fight, though. “We teach our students always to tell their parents and teachers of bullies. It is common for children not to share their experiences because of fear or embarrassment,” he pointed out: “Through our program, we help students understand that there is nothing wrong with telling others. In fact, they must do so for the bullying to be addressed and stopped. Things can escalate and get worse; hence, it is vital that the student opens up.”

ATA’s program teaches students to always explain what happened, especially after applying self-defense toward their bully. “Sometimes, the school may not understand, so to avoid misunderstandings, the student must not fall silent,” said Ampongan. “This is one of the reasons for informing parents about the bullying so that they, too, can defend the child.”

Jack wouldn’t tell on the bully if the teacher didn’t see anything happen, because the burden of proof would lie on him. But he would tell me, in the safety of his bed, as we talk about our day before he goes to sleep.

The frustration when you are the parent of the child being picked on is that, when “telling an adult,” the adult can do only so much. School officials will usually advise just to “use your words” and pass the buck to the child to “advocate for himself” when addressing such “incidents” because, of course, fighting back can lead to even more serious trouble for both parties.

Another school of thought is to have the kids “sort it out themselves” and not have adults interfere.

While I continue to tell my son just to walk away from such situations, or to focus on those who are kind to him instead, the mama bear in me silently seethes.

A preschool teacher friend of mine also admitted to advising her child to push back if he’s pushed around, so I suppose this instinct is universal despite the most appropriate training.

Ampongan assured, “There is nothing wrong in defending one’s self against bullies. Do not worry about what others will say. Do not worry about it affecting your grades. One thing to keep in mind—one’s well-being and dignity are more important than anything else.”