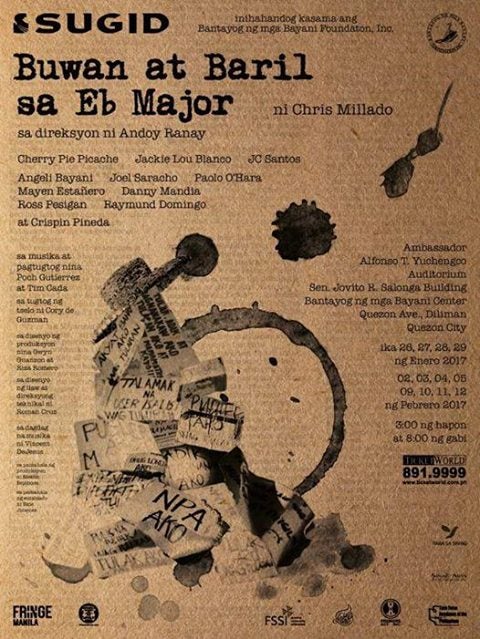 ‘#SoMuchFeels’: When a hashtag becomes a Bituin Escalante concert 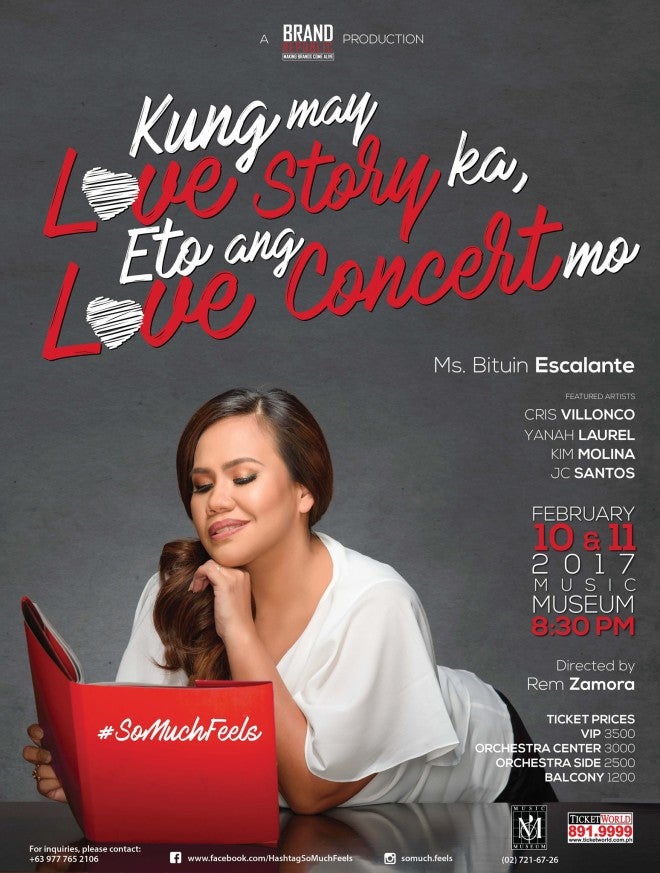 Escalante, who rose to pop stardom with her rendition of the 2002 Himig Handog Music Love Song Festival winning song “Kung Ako Na Lang Sana,” is a product of theater. She has headlined several musicals, among them “Dreamgirls,” “Rent, “Once on This Island” and “50 Shades! The Musical Parody.”

In similar fashion, “#SoMuchFeels,” directed by Rem Zamora, is like a musical where the characters follow a script. It has a storyline that traces the so-called five stages of love, based on the result of a focused group discussion among millennials who were asked what they were looking for in a concert.

Keeping that in mind, the award-winning director behind “Constellations” and “Changing Partners” has thus designed a theatrical approach to “#SoMuchFeels.”

“Usually in concerts [the artist says], ‘for my next song,’ [when] they introduce the guest, the songs showcase vocal prowess. I guess they will relate to this more because there is a narrative that they’re actually following,” said Zamora.

Joining Escalante in the two-night concert are fellow theater actors JC Santos, who made a TV breakthrough in “Till I Met You”; Cris Villonco, notable for her portrayal of Lavinia in “Bituing Walang Ningning, The Musical”; “Rak of Aegis” star Kim Molina; and Yanah Laurel from “American Idiot.”

“#SoMuchFeels” is written by Luna Inocian, with Ed Lacson Jr. designing the set.

The musical arrangements by Joey Quirino are designed to transcend generations, from the 1960s hit “Will You Still Love Me Tomorrow?” by The Shirelles, to the disco anthem “I Will Survive” and the catchy EDM and 2016 hit “Closer” by The Chainsmokers.

Love is universal, so even though the plot of “#SoMuchFeels” was drawn from the stories of millennials, people of all ages will relate to the concert, said Zamora: “’Yung mga millennial problems, problema din natin yun dati nung bata pa tayo. Mas emo lang ang millennials.”

Still, the generation gap was evident during the focus group discussions, he added with a chuckle. When asked their idea of an old song, most respondents cited songs from the ’80s. Zamora was thinking more along the likes of kundiman.