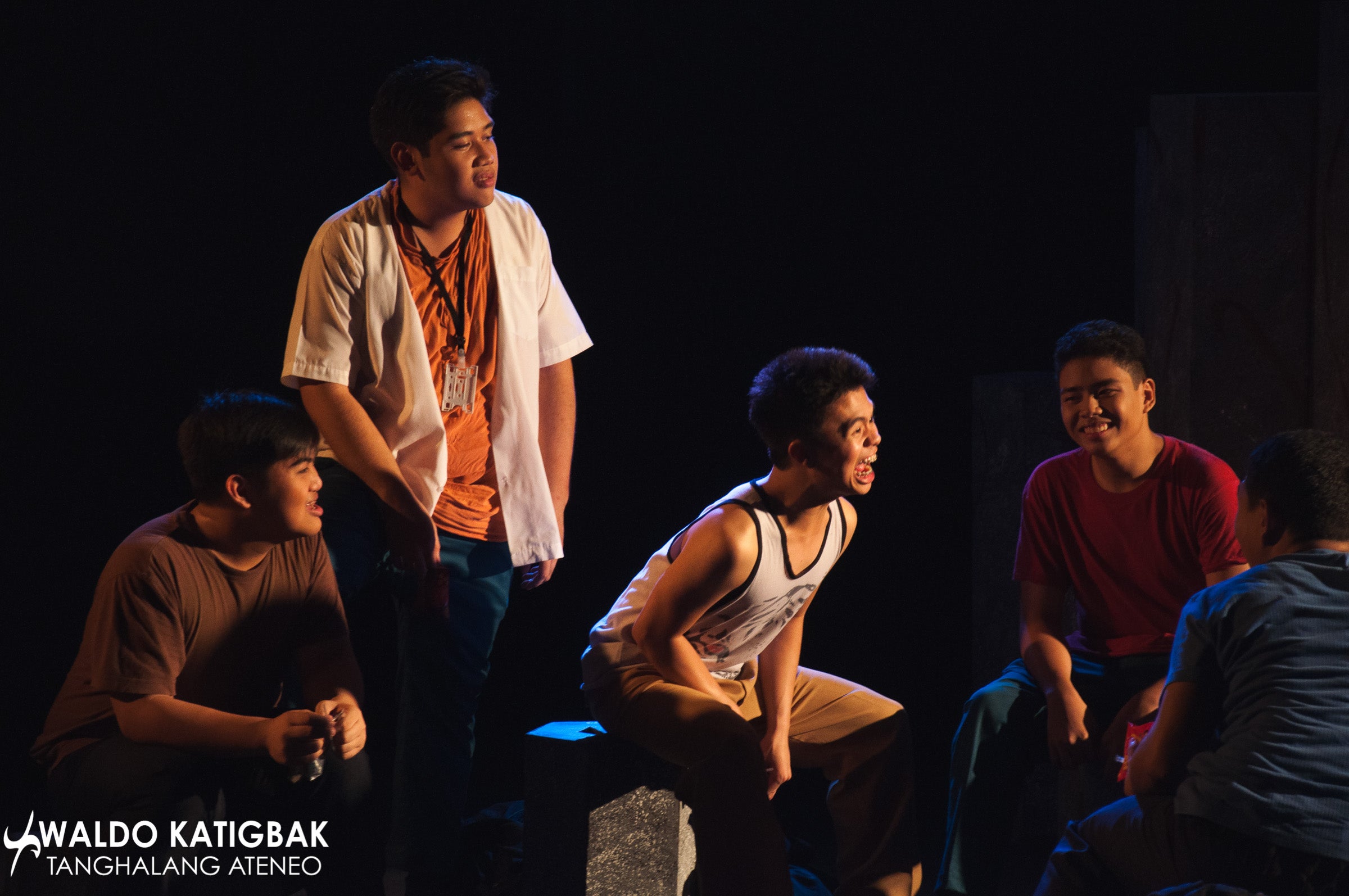 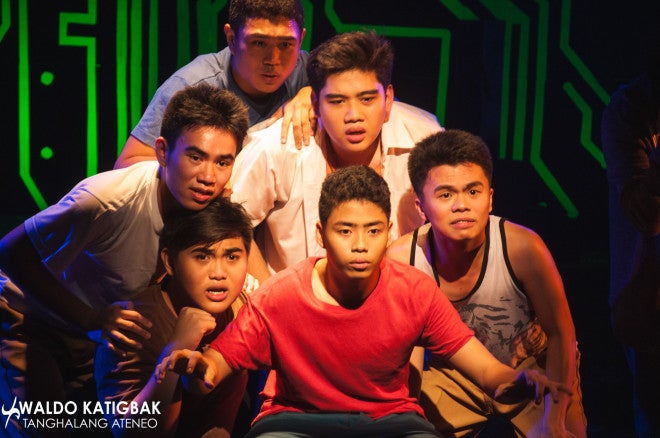 An old man wearing the salakot enters the stage, warning others not to fall prey to the machinations of the tiyanak. A kapre smokes his cigar. The manananggal flaps her wings with her entrails hanging. And the bungisngis leers down the audience who are horrified at the dark creatures of Philippine folklore.

Disrupting the gloom, a cellphone rings, a Facebook message pops up, and an online game threatens to destroy the world.

In Tanghalang Ateneo’s play adaptation of the “Janus Silang” books, technology meets folklore in a bizarre mash up.

Samar’s books that won the National Book Award for Filipino and National Children’s Book Award for Best Read for Kids take on the adventures of Janus Silang, a gamer skilled with the online game Tala. 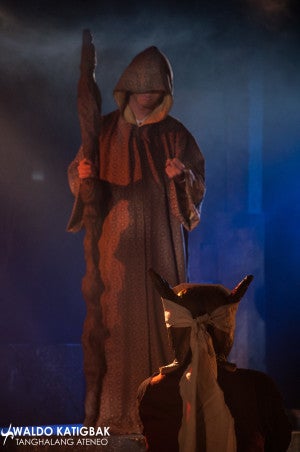 The game features the Bagani and the Anito as the gamers’ key players, exhibiting powers of the diwata, who has far reaching powers, and the anito, whose powers go deep, according to Samar’s narrative.

A tragedy involving Janus’ friends changed everything as he eventually finds out more about his roots and his mission to search for the legendary Tala to give back order to the universe amid the threat of the first Tiyanak of Tabon.

During the press conference after the press preview, the adaptor Guelan Luarca said this adaptation of the play is the country’s equivalent of the Harry Potter world.

But the novel, and by extension the play, goes beyond the comparison to Western fantasy – it reflects the rich culture of our country’s folkore, Samar told the Inquirer.

Samar said he does not feel offended if his work gets compared to other more popular fantasy novels. “I think of the positive side of it,” he said, that at least people get interested in his novels.

The author and Philippine literature professor at the Ateneo De Manila University said his main influences were Philippine mythology and serialized comics, inculcating in him the imagination that he used to map the tech-savvy world of Janus.

He said he wanted to insert technology and social media in the narrative of Philippine mythology to hook readers to be interested in our own folklore.

“Because of the computer games, I was able to make technology and mythology make an encounter,” Samar said.

In the play, Janus was the chosen one as the skilled Tala player who was able to beat the dark creatures in the game to reach level 9.

His mission – save the world threatened by the creatures prowling the night.

Watching the play makes one nostalgic of the times when parents would scare children with tales of the dark to stop them from going outside or playing too far off.

Samar said he did not intend for the narrative to simply give a moral lesson, but only by presenting reality through fantasy.

But certainly, he did not shy away from the main purpose of folklore – which was to warn the youth from getting too near danger.

Samar said he wanted to instill a sense of horror in folklore so that people would become more wary of their surroundings – what he called a “moment of hesitation” (“saglit ng pag-aalinlangan”).

It’s only through this sense of cautiousness that one becomes truly safe from the dangers of the world and its dark corners, Samar said.

But was Janus even careful of his surroundings, what with the tiyanak threatening his family, and the world?