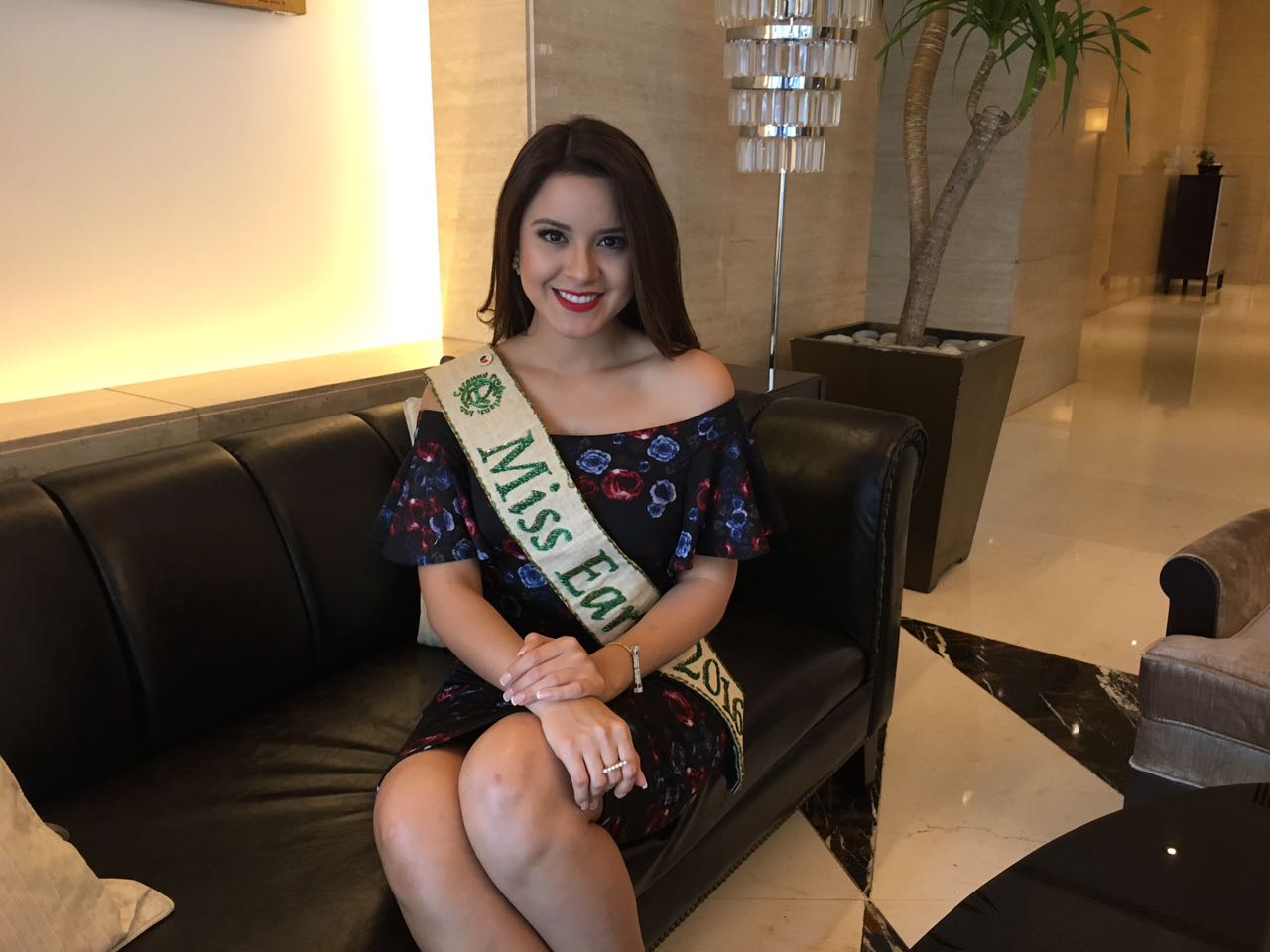 Miss Earth 2016 Katherine Espin from Ecuador sits down with INQUIRER.net/PHOTO FROM YUJI GONZALES/INQUIRER.net

Four months after being crowned in Manila, Miss Earth 2016 Katherine Espin of Ecuador on Thursday shared a secret about herself that she had just discovered: She fell in love with the Philippines.

“I have to tell you a secret. Since the first day I came here to the Philippines I felt so connected. I don’t know how to even describe the feeling, but I feel so connected to the land, to the country, to the people, because they are so warmhearted and so nice. So I really feel myself living here,” Espin told INQUIRER.net in an interview in Pasig City.

“I love the Philippines so much. Every where I go, every city, everyone has big smile. You guys are blessed with a beautiful country. I do see myself coming back to the Philippines and even after my reign and stay here and try different things,” she added.

The South American beauty queen enthusiastically recalled her experiences in the country after winning the title last October. She flew to New York after winning the crown, spent the Christmas holidays with her family in Ecuador and returned to the Philippines for a series of activities.

Espin, the second Miss Earth from Ecuador, said the warm welcome and reception she received from Filipinos made her feel loved in a way that she had never felt before.

“Going back to months ago, since my first visit in the Philippines, I just told myself I’m going to enjoy every single day of it as if it’s the last. I’m not really tired because I see it as big trip of mine, one of the countries that I really want to visit. This is really an amazing country. I just focus on that—enjoying every day, enjoying all the food, the people, the company, and the places,” Espin said.

“The pageant has been a lot of fun. We’ve been able to visit many cities and enjoy the food in every single place. It’s an unforgettable experience,” she added.

Espin said she had to postpone her scheduled departure from the Philippines to March 17 to attend to more activities and invitations, before touring other Asian and European countries. So far, aside from school tours in Manila, she had been to Isabela for the Bambanti Festival, in Vigan City upon the invitation of the League of Vice Governors of the Philippines, Davao and Bacolod.

“The most unforgettable part is when I went to Davao and I was able to receive all the love from the people and they were really really kind to me. I felt so loved and cared for by people from not even my own country, people from other places. I was receiving gifts and good messages,” she said.

“I would say that’s an unforgettable moment because I’ve never felt anything like it in my life, so coming over to the Philippines and being able to feel that was amazing,” she added. RAM