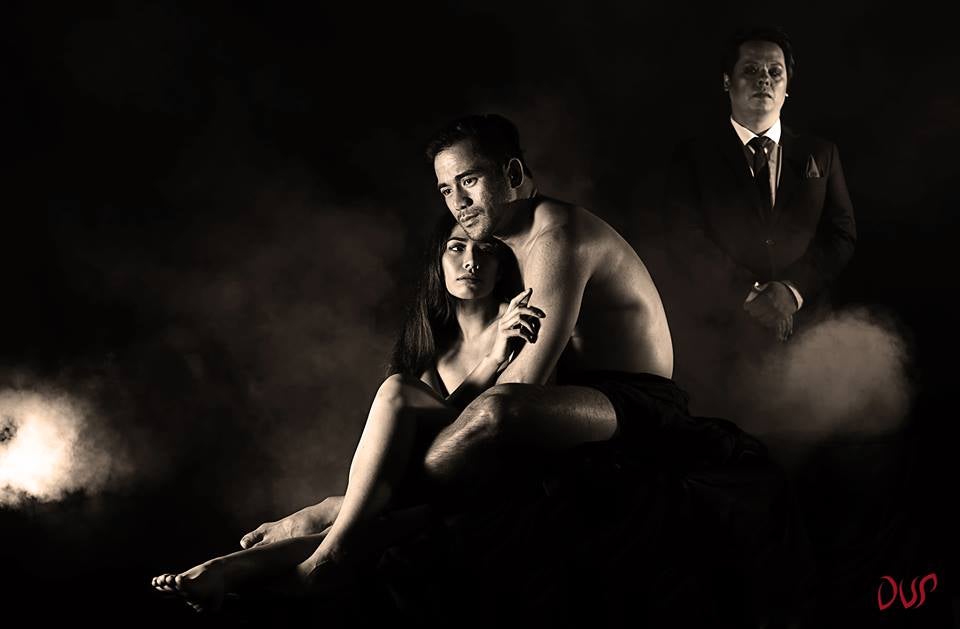 “Post-truth” Filipinos should easily identify with “Faust,” German epic poet and statesman Johann Wolfgang von Goethe’s most iconic work. In it, a man makes a deal with the devil to better his life, only to end up condemning to hell the woman he loves.

That Faustian bargain appears to have happened as well when Filipino voters elected to power a president and a government that promised change for the better, only for the country to become a place where extrajudicial killings have become an accepted, shrugged-off solution to social problems, where the late dictator Ferdinand Marcos has been rehabilitated, and convicted crooks get lawyered for by government counsel, among other startling developments.

Life is currently imitating art, and it is a tale we have come to know all too well. Dulaang UP’s “Faust,” then, running until March 3 at Guerrero Theater, University of the Philippines   Diliman, is as timely a theatrical staging as it gets.

Not part of the cast yet very much part of the play is incumbent President Rodrigo Duterte, whose actual voice recordings resonate across the theater, and whose alleged death squads and their murderous methods—which he himself has bandied about many times in his speeches—are part of the narrative.

In this particular retelling of the myth, Faust is an elderly scholar and alchemist unhappy with his lot in life. To change that, he accepts Mephistopheles’ offer of great wealth and youth, plus the means to seduce the young girl Margarita, in return for his eternal subservience to the devil in the afterlife.

Though the play acknowledges adapting its narrative from Goethe, the German poet himself took inspiration from a medieval myth that derived its protagonist’s name from real-life 15th-century alchemist Johann Georg Faust.

Both the original Gothic myth and Goethe’s epic poem, published a year before the French Revolution, reflect the values of their time. Written in the Age of Enlightenment, Goethe’s epic poem has Faust saved from damnation by angels for his unending quest for truth. The original Dark Ages myth has him dragged off to hell as a cautionary morality tale against alchemy, necromancy and the pursuit of knowledge.

This Filipino retelling of “Faust” makes a point of drawing parallels with, and shining a light on, the draconian bargain the country has made with the government’s so-called war against drugs and crime. This transposition, however, does not feel fully integrated into the story—a pity, since real-life Philippine politics offers many diabolical characters far more fanciful and fleshed out than Mephistopheles.

More tightly woven into this adaptation is its effort to interrogate the judgmental nature of chauvinist, patriarchal Filipino society, particularly in the story of the unwed mother Margarita who, rocked with Catholic guilt, kills her own child in shame and refuses redemption in the afterlife.

The acting, at the very least, does not disappoint, with Sese, O’Hara and Gaerlan all delivering stirring performances. Sese seamlessly transformed himself from decrepit scholar to virile seducer, while O’Hara infused his diabolical character with excellent comedic timing.

How acclaimed actress Kanapi will attack the role of Mephistopheles is a question worth answering with another viewing of this “Faust.” —CONTRIBUTED