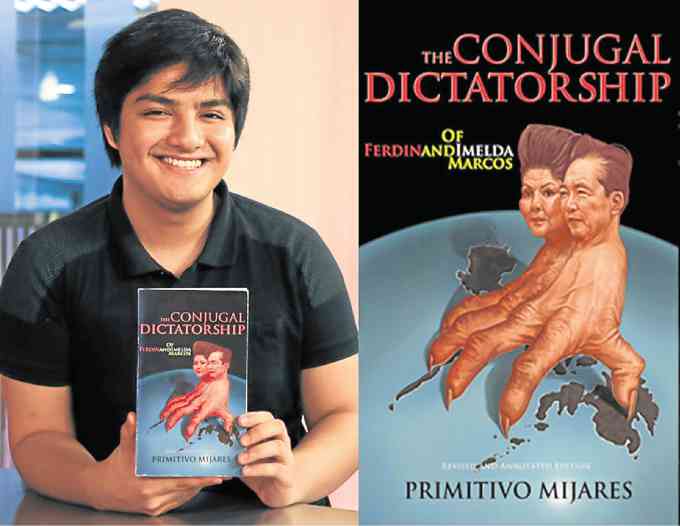 JC Mijares Gurango and a copy of “The Conjugal Dictatorship”

An encounter with Ferdinand and Imelda Marcos

Your mantra for the week: “I am a winner and I love it.”

In the world today, majority of people still believe they are “sinners” due to the influence of authority figures and by their own upbringing.

As a result, they have unconsciously accepted the idea that they are unworthy of all the good they are desiring, thus, creating a life of lack and limitation.

They are also unaware, psychologically speaking, that believing we are sinners oftentimes fills us with guilt, which attracts negative situations into our lives—equivalent of the so-called “punishment” we subconsciously feel we deserve.

Whenever you are down on yourself for whatever reason, it might help that you read my book, “I Am A Winner.” There are collages on every other page to assist you in visualizing the ideas I am sharing with you. Furthermore, you can make your own collages to remind yourself that you are a winner and that you deserve everything your heart desires.

All these “rituals” make up the “Feng Shui of the Mind”— meant to build self-worth, create a better self-image, encourage people to live with enthusiasm and make them truly believe that God is within them and that with God all things are possible.

Who could have imagined that the dictator Ferdinand Marcos would be buried in Libingan ng Mga Bayani (LNMB)? This is not only disconcerting but also brings back a nauseous feeling that, not too long ago, Marcos ordered the illegal arrest of 60,000 people; the torture of 40,000; the killing of over 3,000 with hundreds of unaccounted disappearances.

A total of 75,730 claimants are still waiting for the court-ordered release of monetary settlement for human rights violations.

In a blatant move, the Marcos family, by virtue of its alliance with President Duterte, succeeded in burying the despot in LNMB. I sincerely believe, however, that this is just temporary—no matter how long “temporary” takes.

But with young people like JC Mijares Gurango, it may not take too long.

JC, 19-year-old grandson of the late Marcos chief propagandist Primitivo “Tibo” Mijares, is moving heaven and earth to let Filipinos know what happened to his grandfather and his uncle Boyet (Tibo’s son) who also disappeared after Tibo defected and wrote the controversial book, “The Conjugal Dictatorship of Ferdinand and Imelda Marcos.”

During that period of the so-called “new society,” anybody could be arrested at the whim of the conjugal dictatorship.

This period was the epitome of kleptocracy until the country was left with a $26-billion debt and many “enemies” divested of their wealth.

Marcos ended up in the Guinness Book of Records with a loot of $34 billion.

One of the most surreal moments of my life was an encounter with the Marcos couple for 11 hours.

I was then part of Elvira Manahan’s extended family as resident astrologer of her TV show “Two for the Road.”

Because I was also writing a column under the pseudonym Conde de Makati, Elvira often cautioned me about my bravura when commenting about Ferdinand and Imelda’s “grafting” activities, which had nothing to do with plants.

I never told Elvira that all the meaty information I was getting about the Marcoses for my column came from an extraterrestrial (ET) friend—who, as early as 1969, had been warning me about how martial law would be declared and that I was going to be arrested.

My ET friend’s mission at that time was to ask for my assistance to let people know that humanity was destroying its environment. If the destruction continued, ETs from other parts of the cosmos would be affected because we all live in one connected universe. Take note that in those years, nobody was even aware of global warming.