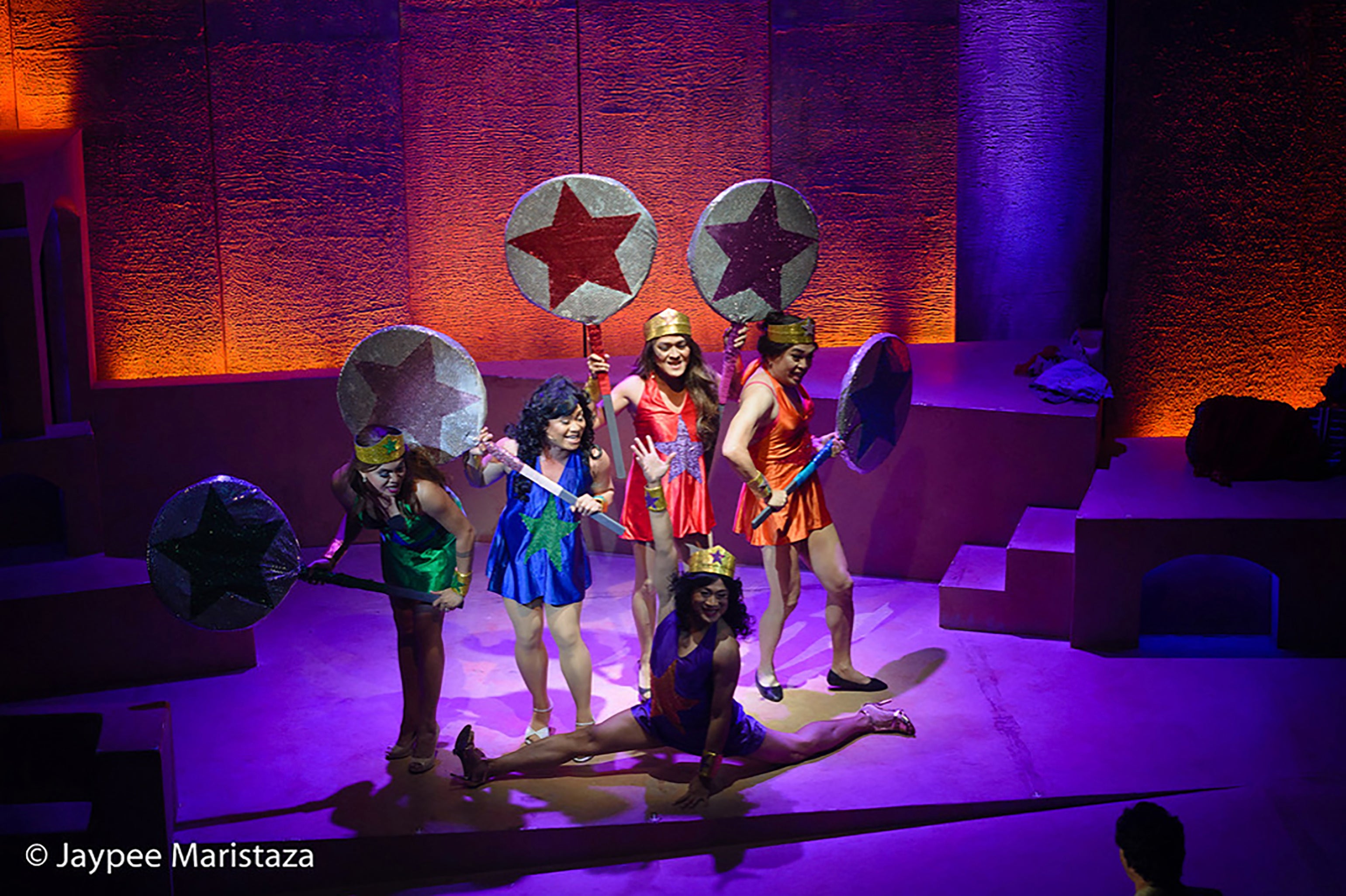 Like “La Cage Aux Folles,” Peta’s “Care Divas” is a community’s plea for inclusion while celebrating and holding fast to the characteristics that have set it apart from others. Ultimately, it is about the protagonists’ search for home.

Five gay caregivers try to find the closest thing to it in Israel, an embattled land fighting its own internal wars and attempts at supposed integration. All five “divas” have left the Philippines to earn a living as caregivers for Israel’s elderly; they are bound to each other by identity and the unspoken understanding that they are the only ones who can truly empathize with each other.

It is not that this foreign soil is inhospitable. Interestingly, the males in this warrior culture are not reduced to cardboard caricatures. Their paternal Jewish patients (Leo Rialp, Paul Holme) tend to love them like their own children, even if they do not entirely approve of their lifestyle.

One young Israeli (Eric dela Cruz) sticks out his neck for the suddenly unemployed Kayla (Ricci Chan, Gia Gahol) and tries to find him a lawyer. Chelsea (Melvin Lee, Red Concepcion), the group’s resident optimist, finds love in an Arab refugee (Jef Flores, Myke Salomon) who appreciates her beyond her physicality.

Still, the five caregivers inadvertently create their own inner circle, and any outsider who tries to enter their intimate group becomes a threat. The normally level-headed Jonee (Buddy Caramat, Thou Reyes) is blatantly hostile to Chelsea’s Faraj and seems to resent her closeness with her employer, Isaac.

Shai, the smart, witty mother hen (Vincent de Jesus, Ron Alfonso), goes ballistic against their lady friend Nonah (Joan Bugcat, Gold Villar-Lim) for temporarily joining their musical act, even if the intervention was necessary to save their shot at stardom.

Through Liza Magtoto’s long and winding plot, they embark on a journey that sees them through dirty adult diapers, security checks, terrorist attacks, and a chance to launch their own performance group in mainstream Israel.

Regardless of who is on stage in this musical, the chemistry between the actors is markedly strong. It is fun to watch them interact on stage, their on-spot dialogue reflecting the realities of their lives with humor, courage and pathos. Sometimes, director Maribel Legarda seemingly allows her ensemble to just let go—and then it becomes difficult to distinguish the written text from the ad-libbing.

One advantage to this spontaneity is that it brings the plight of the characters to the audience front and center. To say that the dialogue is natural would be an understatement.

However, the extended sparring can also leave certain plot holes open, and denies enough space for the story to stretch. We saw the show twice; the cast with less ad-libbing had a tighter performance, plus what felt like a clearer, stronger narrative.

Not all the lead characters are given enough to work with. After a couple of effective scenes, Shai’s painful memories of her gold-digging mother back in the Philippines are shunted aside and ignored in the end. Thalia (Dudz Teraña, Jason Barcial) starts and finishes as the group’s comic relief without a lesson learned.

But questions do remain, a trail of thematic crumbs left by the loose narrative. These remarkable characters’ search for a true and lasting home stands to gain greater poignancy if the journey is less diffuse and chaotic.—CONTRIBUTED