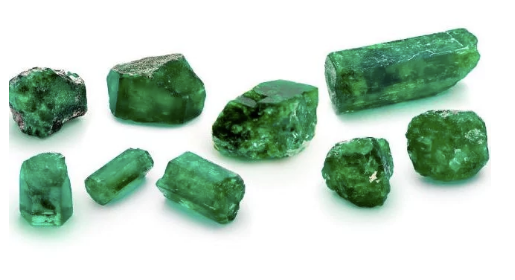 Shipwrecks are usually home to lost treasures including an extremely rare 887-carat gem.

A collection of exquisite emeralds discovered from a 400-year-old shipwreck will be up for auction on April 25,  The Telegraph reported.

The impressive glittering set of gems, which consists of more than 20 loose emeralds, is far more expensive than diamonds and will be sold to the highest bidder by Guernsey’s Auction House in New York, USA.

But the collection’s main attraction is the 887-carat “La Gloria,” which is deemed as ”one of the largest museum-quality emeralds in the world.” The gem is estimated to fetch between $4 million and $5 million.

The gems were found on the wreckage of the Nuestra Señora de Atocha, a galleon that sank off the Florida coast in 1622.

The wreck was described by the auction house as “the most valuable known shipwreck in history.”

The treasured emeralds are extremely sought after by jewelry enthusiasts for its distinctly deep and clear green color.

Prior to the auction, the collection was privately owned by an anonymous person and will be presented to the public for the first time in the coming weeks.  Khristian Ibarrola /ra