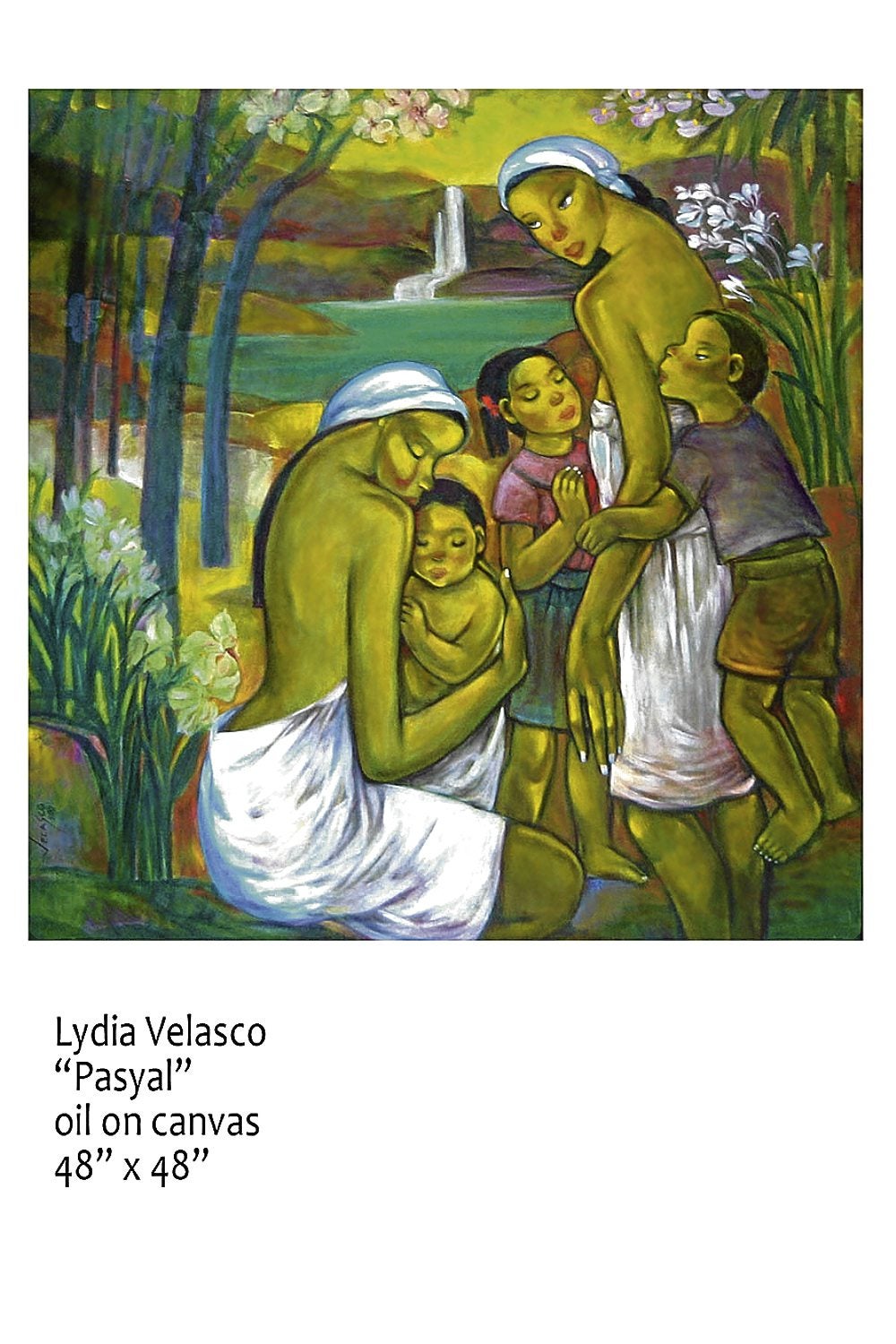 Immaculate: The Conception of Lydia Velasco’s ‘Mother and Child’ 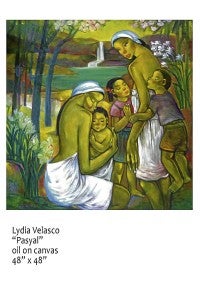 New Galerie Artes holds its inaugural art show “Immaculate,” which opens Dec. 10. The theme references the Blessed Virgin Mary’s immaculate conception, she being born without the stain of original sin. The Church celebrates the Feast of the Immaculate Conception on Dec. 8, exactly nine months before the Nativity of Mary. Thus embracing the theme, and inspired by the Yuletide season, Lydia Velasco’s recent works embody the classic subject matter of Western art, the Mother and Child theme.

Impressive is Velasco’s continuation of a tradition initiated by the late Galo Ocampo who first indigenized the theme with his iconic “Brown Madonna.” In a visual and affectionate strategy, Ocampo rendered the Blessed Mother as a Filipina, resplendent in her brown skin, garbed in kimono and patadyong, emblazoned with the flaming rays of anahaw fans. Frail and gaunt, the child Jesus astride on her hips is a portrait of humanity at its starkest and divinity at its humblest. While not a direct influence, Ocampo emerges as a primordial stimulus to Velasco’s own nativistic Mother and Child works.

Better known for her expressionistic renditions of earthy Filipino women, with their massive frame, limbs and extremities, Velasco rings the emotional register by heavily weighing on the tender relationship between the two figures clasped or twined together. The bodily gestures, by turns needy and protective, seem caught in unguarded moments.

The title painting “Immaculate” is a dramatic unveiling of the Child Jesus, swaddled in sinamay weave, flaring in angel-wings. Blue, which is the color associated with the Blessed Mother, is a buoyant spread of hue in the background. “Yakap” and “Kalinga” are both a luxuriance of emotion, with both figures bathed in preternatural light. Velasco’s quality of light is always in a state of tension between darkness and radiance.

In the progression of age through the years, the Lord as toddler is depicted in “Pangaral” in a very real household that, with its checkerboard tiles, a curiously staring cat and an open window, alludes to a Dutch interior painting.

Taken as a whole, Velasco’s “Immaculate” works are another manifestation of the artist’s deeply empathetic and rapturous relationship with the Mother and Child theme, which constantly renews her art even as the theme remains ever inexhaustible.