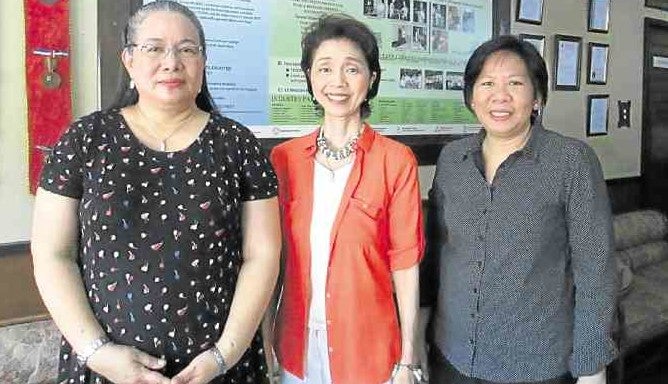 Danniel Faith Nicholas, a resident of Payatas, Quezon City, overcame many years of living amid smelly garbage. While her mother sold Mary Kay products and her father was jobless, she still managed to have “a wonderful childhood.”

In high school she experienced bullying, apparently because her family didn’t have enough money to buy her shoes—she used her brother’s instead. She went to school without eating breakfast, saving her money to buy noodles for the family. She studied by candlelight when the electricity was cut off.

She worked as photocopier on weekdays and went to the Batasan National High School on Saturdays (in a home study program). Against all odds, she graduated at the top of her class.

College was farthest from her mind, until her cousin told her about the vocational school Punlaan—which accepted her as a scholar. Her worry was whether she could continue studying, since the commute was just too long. The school found a sponsor who gave her P1,600 monthly for transportation.

During her on-the-job (OJT) training period last December, she caught pneumonia. Again Punlaan came to her aid, supplying her milk since she couldn’t afford nutritious food. Nicholas said, “I never thought of giving up.” She graduated valedictorian of her batch this past school year.

Punlaan began 40 years ago as a school founded by a group of homemakers to train the househelp. In 1991, it added hotel services and food technology programs, recognizing that helpers wanted to be something more.

School director Anne Marie “Nanan” Jacinto recalled how woman volunteers wanted to professionalize the work of the home and opened Punlaan School in a garage in New Manila, Quezon City. Today, the school is housed in what was the Casas maternity clinic and lying-in hospital on Paterno Street, San Juan City.

The 150 girls enrolled range in age from 16 to 21. They are at least 5’2” tall, a requirement of the hospitality industry.

Jacinto said that a former director, Luz Filmer, who wanted full scholarships for the underprivileged students, providentially met a German partner, Paul Schaefer, who was looking for a beneficiary school.

The Germans of the State Institute for Professional Training of North Rhine Westphalia wanted a dual training system, a balance of theory in school and OJT with partner hotels and restaurants.

Jacinto said, “Normally, students from other schools graduate with only one type of learning—the theoretical. But at Punlaan, we have the support of top hotels and restaurants.”

Under the new dual partnership system, apart from the school and hospitality industry, the Technical Education and Skills Development Authority (Tesda) has joined to represent government.

But Punlaan lacks students. Jacinto wished more will enroll and avail themselves of free tuition (shouldered by hotels, restaurants, foundations and grants). She wants the school population to grow because it is putting up a new building that can accommodate 500 students.

Maria Margarita Cadiente, Punlaan vice director for academic affairs, said the school “can assure students of job placements immediately after graduation in prestigious hotels and restaurants where they have had their OJT.”

Jacinto added that Punlaan, as its Filipino name implies, has become a seedbed of “talents, faith, hope. Values education is prized here because, without it, you cannot survive in this industry. That’s what makes our students stand out—punctuality, perseverance and love for work.”—CONTRIBUTOR

Punlaan School can be reached through its Facebook page, or visit the school at 173 M. Paterno St. San Juan City.